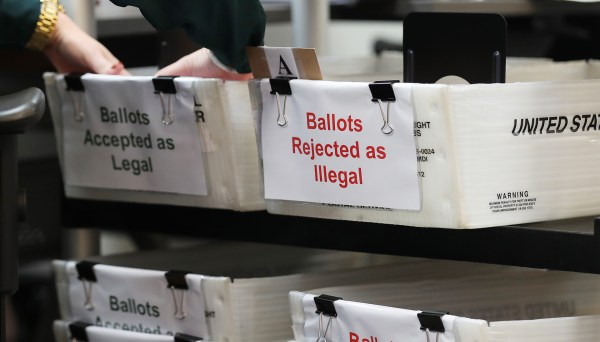 EDITOR’S NOTE: By performing simple comparisons of absentee ballots in Fulton County, Georgia, and Allegheny County, Pennsylvania, Dr. John Lott reaches the unavoidable conclusion that it was voter fraud who gave the “victory” to Biden… Will our Congress accept the “science” or they will succumb to the power of the plutocrats?

A Simple Test for the Extent of Vote Fraud with Absentee Ballots in the 2020 Presidential Election: Georgia and Pennsylvania Data

This study provides measures of vote fraud in the 2020 presidential election. It first compares Fulton county’s precincts that are adjacent to similar precincts in neighboring counties that had no allegations of fraud to isolate the impact of Fulton county’s vote-counting process (including potential fraud). In measuring the difference in President Trump’s vote share of the absentee ballots for these adjacent precincts, we account for the difference in his vote share of the in-person voting and the difference in registered voters’ demographics. The best estimate shows an unusual 7.81% drop in Trump’s percentage of the absentee ballots for Fulton County alone of 11,350 votes, or over 80% of Biden’s vote lead in Georgia. The same approach is applied to Allegheny County in Pennsylvania for both absentee and provisional ballots. The estimated number of fraudulent votes from those two sources is about 55,270 votes.

Second, vote fraud can increase voter turnout rate. Increased fraud can take many forms: higher rates of filling out absentee ballots for people who hadn’t voted, dead people voting, ineligible people voting, or even payments to legally registered people for their votes. However, the increase might not be as large as the fraud if votes for opposing candidates are either lost, destroyed, or replaced with ballots filled out for the other candidate. The estimates here indicate that there were 70,000 to 79,000 “excess” votes in Georgia and Pennsylvania. Adding Arizona, Michigan, Nevada, and Wisconsin, the total increases to up to 289,000 excess votes.

BUT IF YOU WANT TO SKIP TO THE CONCLUSION HERE IT IS:

V. Conclusion
The precinct level estimates for Georgia and Pennsylvania indicate that vote fraud may account for Biden’s win in both states. The voter turnout rate data also indicates that there are significant excess votes in Arizona, Michigan, Nevada, and Wisconsin as well. While the
problems shown here are large, there are two reasons to believe that they are underestimates: 1) the estimates using precinct level data assume that there is no fraud occurring with in person voting and 2) the voter turnout estimates do not account for ballots for the opposing candidate that are lost, destroyed, or replaced with ballots filled out for the other candidate