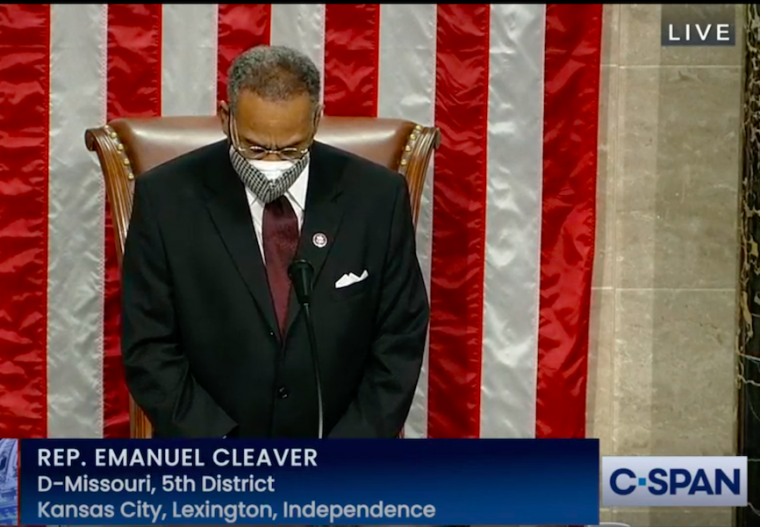 HERE IS THE “AMEN AND A WOMEN” VIDEO AND ANALYSIS…

Democratic legislators dodged in the House when Republicans spotlighted their unpopular effort to scrub the male and female sexes from the language allowed by congressional committees.

“Show me where it says in writing that we’re canceling Mother’s Day or that you can refer to yourself as a husband or father or mother or grandmother,” said a flustered Rep. Jim McGovern (D-MA), the chairman of the House Committee on Rules. The committee set the ban for all committees on words and terms that acknowledge the male or female sex of people, such as fathers or mothers.

McGovern continued, “Give me a break. Enough is enough. We have to stop this. And we have to focus in on solving the problems that face the American people.”

“This [rules] package honors all gender identities by changing pronouns in the House written rules. So they are gender-neutral. Look, we made this change for the sake of inclusion, not exclusion,” McGovern insisted.

“I’m a proud husband, proud father of a son and a daughter — they don’t even want you to be able to say that anymore,” said GOP whip, Steve Scalise (R-LA).

“The Democrats rule package takes out words like mother and father and brother and sister in their quest to not offend anyone,” said Rep. Debbie Lesko (R-AZ). “They’re offending, almost all of America,” Lesko added.

The new language is included in the new rules for the congressional committee in 2021 and 2022. The Democrats drafted the rules and pushed them through Congress on Monday, via a 217 to 206 party-line vote.

The gender language is usually advocated by those who claim that the law should treat a person’s sense of their “gender” as more important than their biological sex. For example, a man who claims that he is “transgender” should be allowed to race in women’s athletic competitions, say the advocates for transgenderism.

For example, the rules require the committees to use the plural pronoun “themself” instead of the singular pronouns, the male “himself” or the female “herself.”

“I’ve noticed the dangerous trend against free speech in recent years,” responded Minority Leader Kevin McCarthy (R-CA), who denounced the language rules and also the Democrats’ decision in the rules package to prevent extended debates on bills by filing a “Motion to Recommit” during a floor debate:

It began in our schools on college campuses where our students are taught the absurd notion that free speech is about privilege and power, and not open debate and rational deliberation. For our constituents, taking away means freedom of speech is silent and good ideas are stifled.

The resolution strips all mentioned the words of father, mother, son, daughter, brother, mother in law, daughter in law. I’m a proud father. I’m an extremely proud son. But we’re going strike them from the rules.

First we take your speech away. Then we take what you can say.

The Democrats’ increasing determination to hide the biological differences between men and women, or to recognize the complementarity of the two sexes, is driven by the growing clout of the well-funded transgender movement among progressives.

Polls show that Americans do not want to be hostile to people who wish to live as members of the opposite sex. But the polls also show that the policy changes required by the transgender ideology are deeply unpopular and are increasingly opposed by conservatives and feminists. Breitbart News reported in October 2020:

The poll, which surveyed 3,500 likely voters across geographic regions, ethnicity, sex, and political affiliation, showed how unpopular such policies are in America, despite activist and media attempts to normalize them.

Even liberal voters, according to the poll, disapprove of efforts to undermine biological sex with gender ideology.

Overall, results found 66.93 percent of those polled say they “strongly disagree” with “gender identity” policies, including a majority of liberal voters.

In 2019, House Democrats passed a bill that would establish the transgender ideology by giving people the legal right to force other people to treat them as members of the opposite sex. The draft bill is called the “Equality Act” and will get another vote in 2021.

In the United Kingdom, the right-of-center Conservative Party has rolled back plans to promote the transgender ideology. The shift was caused by rising opposition from a wide range of voters and by increasing evidence of medical damage to girls and boys, women and men.