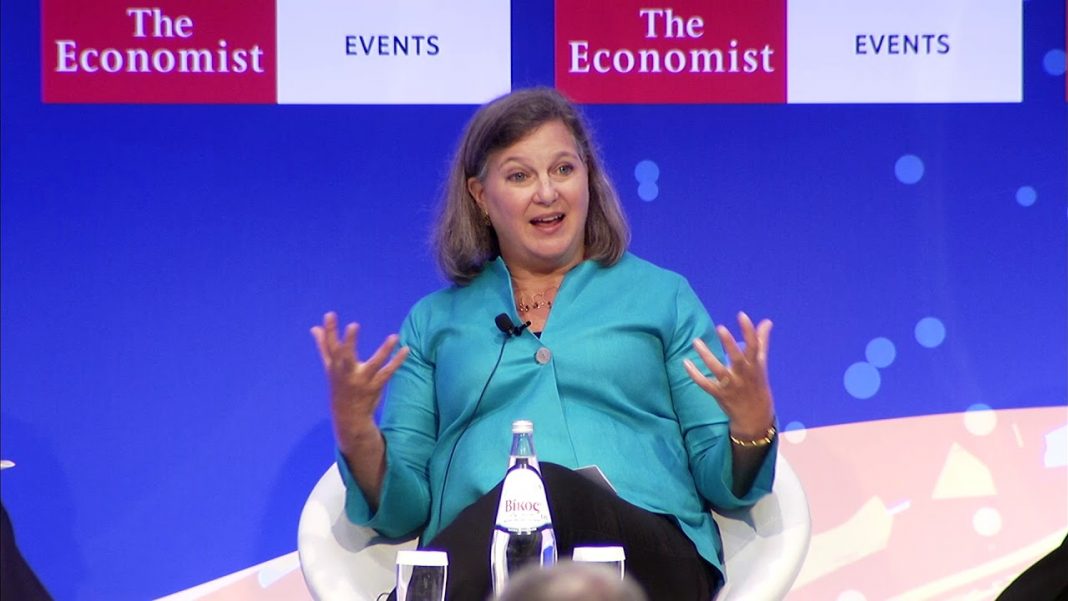 According to a report from Politico, Joe Biden’s transition team is expected to nominate Victoria Nuland to be the undersecretary of state for political affairs for the incoming administration’s State Department.

Nuland, who is married to neoconservative Robert Kagan, is known for her role in orchestrating the 2014 coup in Ukraine while she was the assistant secretary of state for Europe and Eurasian affairs in the Obama administration.

A recording of a phone call between Nuland and then-US Ambassador to Ukraine Geoffrey Pyatt was leaked and released on YouTube on February 4th, 2014. In the call, Nuland and Pyatt discussed who should replace the government of former Ukrainian Prime Minister Viktor Yanukovych, who was forced to step down on February 22nd, 2014.

The US-backed coup sparked the war in eastern Ukraine’s Donbas region and led to the Russian annexation of Crimea. Both regions have a majority ethnic-Russian population who rejected the nationalist, anti-Russian post-coup government that even had neo-Nazis in its midst.

In a 2020 column for Foreign Affairs titled, “Pinning Down Putin,” Nuland said Russian President Vladimir Putin “seized” on the 2014 coup and other “democratic struggles” to “fuel the perception at the home of Russian interests under siege by external enemies.” She also cited the war in the Donbas and annexation of Crimea as examples of Russian aggression, as most in Washington do.

Currently, Nuland is a fellow at the Brookings Institution and works for the Albright Stonebridge Group. She is also a board member of the National Endowment for Democracy, a US-taxpayer funded nonprofit that funds “pro-democracy” movements across the world.

Nuland worked in the Bush administration from 2005 to 2008 as the US ambassador to NATO. From 2011 to 2013, she served as the spokesperson for Barack Obama’s State Department, and from 2013 to 2017, Nuland was the assistant secretary of state for Europe and Eurasian affairs.

Politico also reported that the Biden administration is tapping Wendy Sherman to work directly under Secretary of State-designee Anthony Blinken. Sherman worked in the Obama administration’s State Department and played a crucial role in negotiating the 2015 Iran nuclear deal.