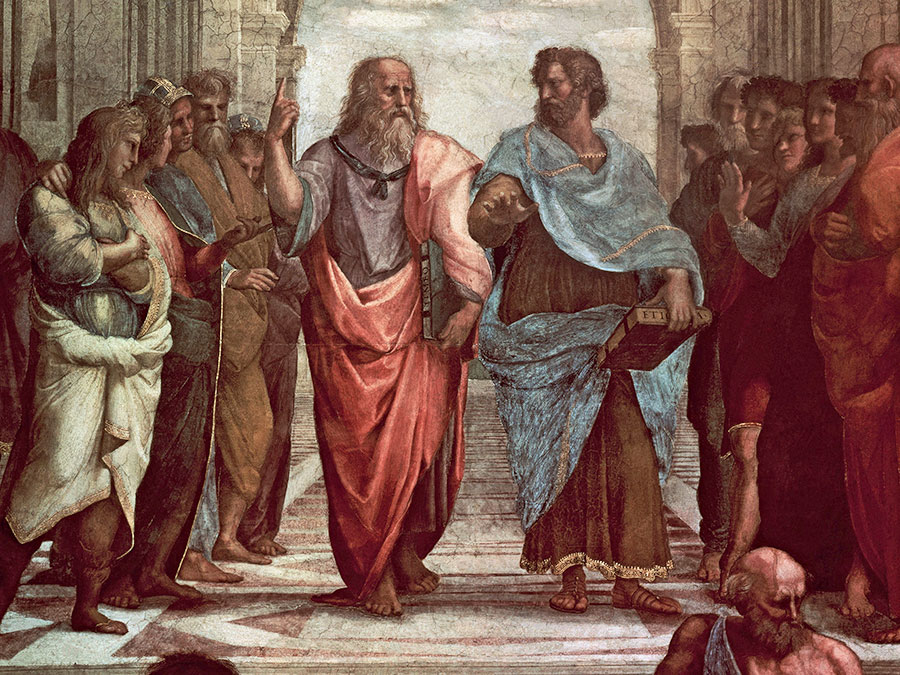 EDITOR’S NOTE: If we have to take something out from the last few months’ events, this has certainly to do with Plato’s warning.  Not only if we do not vote, but if we do not run for office and let verifiable idiots and other corrupt individuals take our government in their hands, then we pay the price multifold…

Plato (427–347 BC) is considered one of the most brilliant and influential philosophers in history. Plato (his given name was Aristocles; Plato is his nickname, from platos, meaning “broad” since he had a broad physique and forehead) was a student of Socrates and took what he learned to found the influential Academy in Athens, the first institution of higher learning in the West. Amidst a beautiful grove of olive trees, Plato taught some very fortunate and intelligent students (including Aristotle who later founded his own academy) philosophy, mathematics, politics, and astronomy. His most famous and influential work, that is still widely studied in universities, is the Republic, where Plato covered a broad (pun intended) range of significant topics: philosophy, ethics, moral psychology, epistemology, metaphysics, and of course, political philosophy. It is this last topic that concerns us today as we examine his views on political participation.

The quote that serves as the title of this post is actually a tongue-in-cheek variation (underscoring the importance of voting in a critical election) of the quote most often attributed to Plato, ubiquitous on the internet: “One of the penalties for refusing to participate in politics, is that you end up being governed by your inferiors.” There are many other variants of this famous quotation. Among them is this one crafted by poet and philosopher Ralph Waldo Emerson that appears in Society and Solitude (1870): “Plato says that the punishment which the wise suffer who refuse to take part in the government, is, to live under the government of worse men.”

The source of all these variants is The Republic, (Book 1, 346–347), where Plato makes the point that if good, honorable, intelligent men do not to wish to serve in government, then they will be punished by being ruled by those who are bad, dishonorable, and dumb. The actual sentence is: But the chief penalty is to be governed by someone worse if a man will not himself hold office and rule. For those who are curious to partake of the entire discussion of the issue among Socrates (Plato, of course, is speaking through Socrates), Glaucon (Plato’s older brother), and Thrasymachus (a sophist who believes essentially that it does not pay to be just), here is the relevant passage from The Republic:

“Then, Thrasymachus, is not this immediately apparent, that no art or office provides what is beneficial for itself — but as we said long ago it provides and enjoins what is beneficial to its subject, considering the advantage of that, the weaker, and not the advantage the stronger? That was why… I was just now saying that no one of his own will chooses to hold rule and office and take other people’s troubles in hand to straighten them out, but everybody expects to pay for that, because he who is to exercise the art rightly never does what is best for himself or enjoins it when he gives commands according to the art, but what is best for the subject. That is the reason, it seems, why pay must be provided for those who are to consent to rule, either in form of money or honor or a penalty if they refuse.” “What do you mean by that, Socrates?” said Glaucon. “The two wages I recognize, but the penalty you speak of and described as a form of wage I don’t understand.” “Then,” said I, “you don’t understand the wages of the best men for the sake of which the finest spirits hold office and rule when they consent to do so. Don’t you know that to be covetous of honor and covetous of money is said to be and is a reproach?” “I do,” he said. “Well, then,” said I, “that is why the good are not willing to rule either for the sake of money or of honor. They do not wish to collect pay openly for their service of rule and be styled hirelings nor to take it by stealth from their office and be called thieves, nor yet for the sake of honor, for they are not covetous of honor. So there must be imposed some compulsion and penalty to constrain them to rule if they are to consent to hold office. That is perhaps why to seek office oneself and not await compulsion is thought disgraceful. But the chief penalty is to be governed by someone worse if a man will not himself hold office and rule. It is from fear of this, as it appears to me, that the better sort hold office when they do, and then they go to it not in the expectation of enjoyment nor as to a good thing, but as to a necessary evil and because they are unable to turn it over to better men than themselves or to their like. For we may venture to say that, if there should be a city of good men only, immunity from office-holding would be as eagerly contended for as office is now, and there it would be made plain that in very truth the true ruler does not naturally seek his own advantage but that of the ruled; so that every man of understanding would rather choose to be benefited by another than to be bothered with benefiting him.”

So considered yourself duly warned — by Plato, no less.