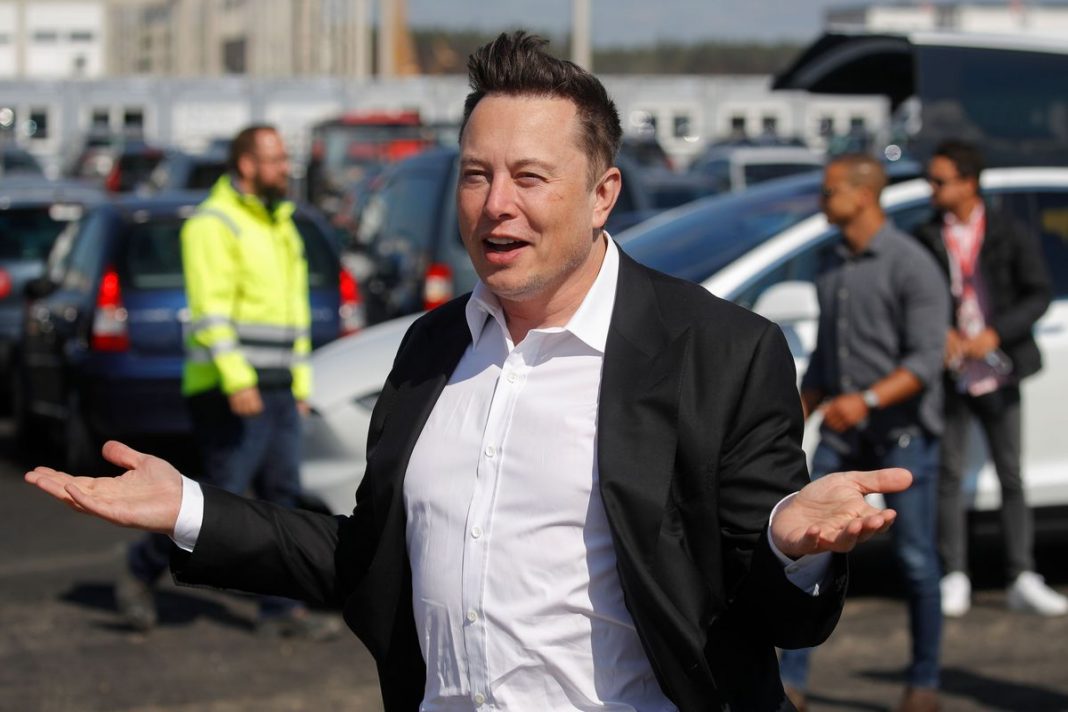 EDITOR’S NOTE: The commonest mistake of the fascists of the Left is their complete disregard for the most basic freedoms and human rights.  In recent days these fascists showed their ugly face in the coordinated action of the political elites with the social media nad the arrogant geeks who own them and imposed a ban on free speech… Do they really think that censoring the sitting President of the United States will go unnoticed and unpunished?  You dare leave on twitter the Chicoms (advertising …slave labor), the ayatollahs of Tehran (yelling “Death to America”) and even the islamic terrorists, BUT YOU CANCEL THE SITTING U.S. PRESIDENT?  Americans WILL CANCEL YOU.

The whole country froze for a few days. But now the pushback begins and it will be powerful. Elon Musk alone has the financial power and technological expertise to help replace the monopoly of Google, Apple Twitter and Facebook… Millions of people in a matter of days have moved to Gab, an app that competes with twitter… Many others who had already moved to “Parler” are waiting for the site to come back online…

America got a good taste of communism the last few days.  The overwhelming result was disgust and rejection. Now the pushback begins anf the fascists of the left will pay a heavy cost. Do you want to practice your freedom-canceling schemes? Go to China, Cuba or Venezuela.  Or stay forever in the “People’s Republic of California” until there is nobody else around you as they flee by the tens of thousands… BUT YOU DO NOT IMPOSE CENSORSHIP ON AMERICA pretending that you have the right and the authority to do so…

Tesla and SpaceX CEO Elon Musk has commented on the Big Tech Masters of the Universe and their rampant censorship, saving: “A lot of people are going to be super unhappy with West Coast high tech as the de facto arbiter of free speech.”

The Tesla CEO was responded to a satirical piece by the Babylon Bee, entitled, “Evil Fascist Dictator Censored And Voted Out Of Office.”

“A lot of people are going to be super unhappy with West Coast high tech as the de facto arbiter of free speech,” wrote Musk.

“West Coast high tech has to make the distinction between banning hate speech and banning speech it hates,” commented one user in reply to Musk.

“This is an important distinction,” responded Musk.

Musk became the world’s richest person last week, with a net worth of more than $185 billion.

The Tesla CEO’s comments arrive in the wake of Twitter permanently banning President Donald Trump from its platform, as well as Mark Zuckerberg locking the president out of his Facebook and Instagram accounts, “indefinitely.”

In order to justify such moves, many big tech companies are pushing the narrative that the president’s words “incite violence,” and are a threat to “democracy” — a precedent that was also used by Google, Apple, and Amazon to justify snuffing out their competition under the guise of having concern for the public’s safety.

Following the president’s ban from Twitter, Facebook, and Instagram, Google and Apple banned Parler — which many have been using as an alternative to Twitter — from their app stores, a move that effectively excluded the app from all Android and Apple smartphones.

Following Parler being banned from app stores, Amazon swiftly moved in to ban the site from its web hosting services, which knocked Parler offline until it can find another host.

Such moves have been criticized by many as big tech companies joining hands to silence political dissenters and exterminate their competition.