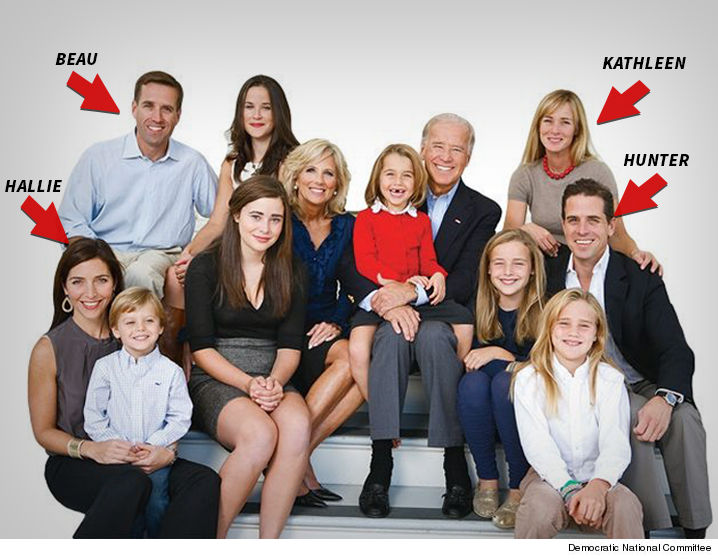 EDITOR’S NOTE (Written by a member of the Helleniscope “support team”.  The Bidens’ Sick “Family Affairs”  was originally written by our friends at Monomakhos.com, George Michalopulos, and Gail Shepard, and we first published it on October 25 – it soon became the number one hit of this young website and currently has close to 62,000 views and many reposts in social media and other websites).
The saddest story I have ever heard from the family of an “elected” (?) US President. Infidelity, incest, abuse of public office, betrayal of the people and child abuse, child pornography not to mention bribery by our most dangerous enemy, CHINA. Wake up
you stupid Americans (and illegals) who voted for Creepy Biden. Unfortunately, the dead who voted so faithfully Democrat cannot be held accountable. Forgive them Lord, for they know not what they do. I’m afraid that even fully exposing the Biden Crime Family will not affect the Mainstream Liberal Media and the millions of mindless voters who supported the “Big Guy” and his handpicked Black female Communist running mate Kamila (more Indian
than Black, much more). Black for political gains just like Pelosi, Biden and the Kennedy family are such “Good Catholics”!  I wish we could turn back the clock to the Eisenhower
Years and start over.

BUT Before you start with the whole “Sick Biden Family” take a look at creepy Joe Biden smelling hair and touching inappropriately….

Sleepy Joe was a wonderful father.
Hunter went on to make millions for his old man and family off of our backs.
Bet this is all a lie, all manufactured, right?

Here is a story
Joe Biden and his first wife, Neilia, had three children: Hunter, Beau and Naomi.
In 1972, Neilia and Naomi, died in a car accident. 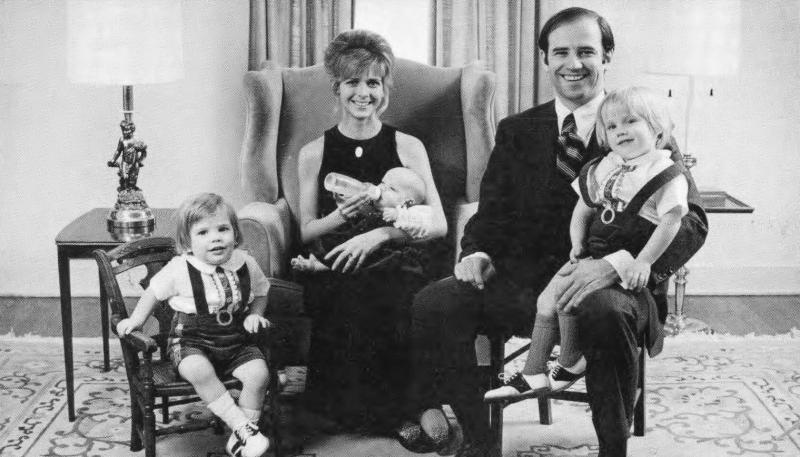 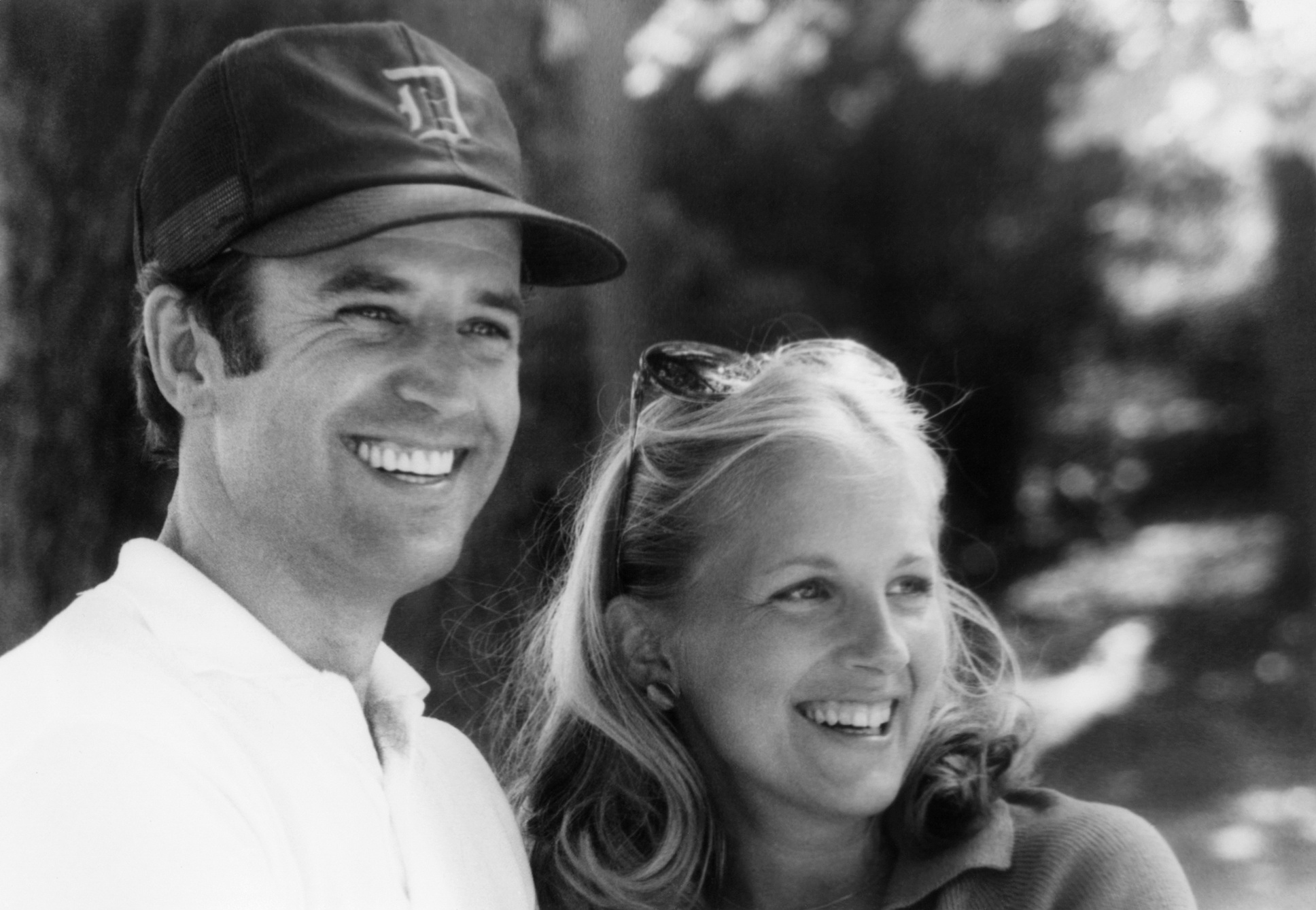 He already knew her because she had been Hunter’s babysitter at the time of the car accident. (Yeah, THAT seems normal- marry the babysitter). They had a daughter named Ashley. Ashley lives ‘a quiet life’ and is frequently in and out of rehab for various substance abuse issues.
Now sadly, the sanest, most normal one of the 3 surviving kids, Beau, dies in 2015 from a brain tumor. He had been married to Haillie and they had 2 children, a boy and a girl named Natalie, who was 11 yrs old when her dad died.

He ultimately gets divorced from Kathleen in 2017.

Meanwhile, he starts screwing around with a stripper, while still shacking up with his dead brother’s wife, before his divorce is finalized, and gets the stripper pregnant. Haillie kicks his butt to the curb supposedly for this indiscretion in 2018. 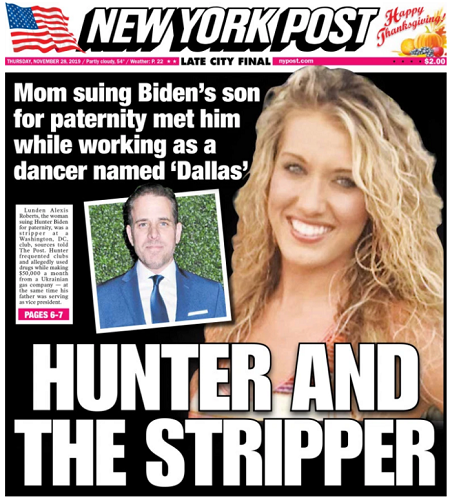 He denies the stripper’s baby is his, although a paternity test proves otherwise and eventually he marries a woman named Melissa in 2019 after knowing her for 6 days… 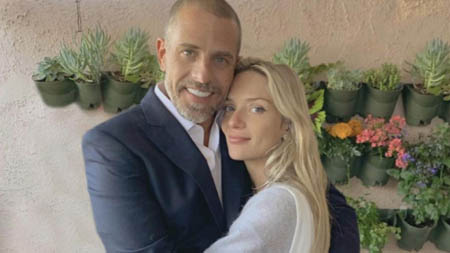 Does the tale end there? No, no it doesn’t.
That just sets the stage…
Enter the laptop from hell…loaded with emails, text messages, photos, child pornography, videos, and other sordid digital images of drug use and rampant weirdness….
Hunter Biden dropped the laptop off in Delaware, his home state, to get it repaired. It seems he dropped it in some water while in a meth-induced state of mind. He then neglected to pay the $85.00 repair fee and the laptop became the repair shop owner’s property for non-payment. When the owner saw what was on it, he was so disturbed that he contacted the FBI. No response. The DOJ? No response. Eventually, it landed in Rudy Giuliani’s possession and he turned it over to the Delaware State Police AFTER making 4 copies of the hard drive. Turns out, there’s quite a lot of child pornography on there…much of it involving children on Hunter’s many trips to China. 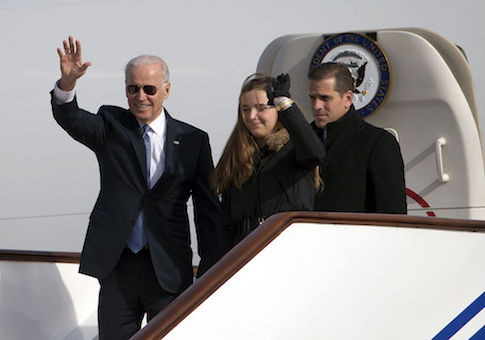 The Chinese Communist Party uses this as a blackmail tactic… They supply the young girls, they film you, unknowingly, and then they can keep you “in line”, while paying you the big $$$ to do their bidding, like lucrative deals with your VP father.
Millions of dollars were paid to Hunter Biden for favors with the US Govt while Joe Biden was VP under Obama.
For 8 years Hunter made the contacts and split the money with his father, referred to as the “Big Guy” in all emails detailing how their ill-gotten gains would be split up amongst all the criminals involved. Joe Biden sold out his country and used his meth head son to do it. …
But, IT GETS WORSE. Today, on the laptop, emails were released between Beau Biden’s widow, Haillie, and Joe Biden in 2017 and more in 2018 when she and Hunter were still living together. They were casually talking about the continual “sexually inappropriate behavior” she had witnessed from Hunter toward her 14 year-old daughter, Natalie, HIS NIECE!
She told Joe that she felt she had put her children in a dangerous situation by getting involved with Hunter Biden. Joe knew his son was screwing around with his niece and he advised his daughter-in-law to go to therapy…..No one went to the police and the abuse escalated. THAT is the main reason she broke off her relationship with Hunter. Among the pictures of Hunter having sex with young Asian children, there were hundreds of provocative pictures of a 14 year old girl, mainly topless, and hundreds more of Hunter Biden, in sexual poses with her, HIS NIECE. She was 14 yrs old and HE WAS 48!!
BOTTOM LINE: ANY MAN WHO CAN’T TAKE CARE OF HIS OWN HOUSE, HAS NO BUSINESS BEING IN THE WHITE HOUSE. 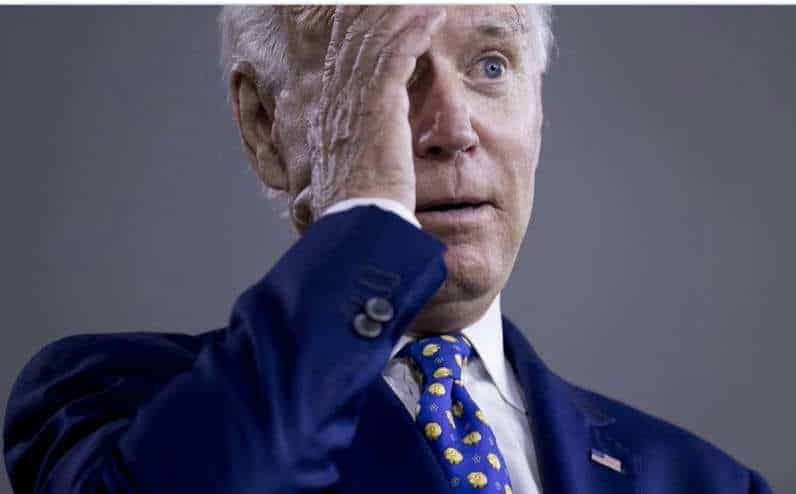 THE END…..but, is it? Nope. Rudy says there is more to come, primarily involving Joe Biden getting rich off laundering foreign money through our country, using his son as intermediary. Biden is as dirty and crooked as they come. Hillary looks clean compared to him. Now it makes sense why Obama REFUSED to endorse him as the DNC candidate until he was the last man standing!