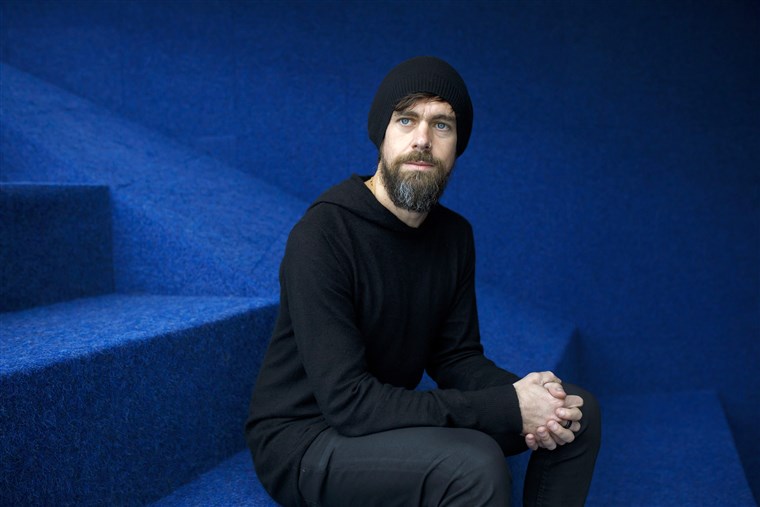 EDITOR’S NOTE (Nick Stamatakis). The Big Tech’s ban on President Trump has created a back lash internationally and domestically… As we noted Elon Musk expressed his outrage anf he is someone who can take corrective action as he is making a ton of money from a new platform.  Rush Limbaugh closed down his twitter account and he has 75 million followers… The State of Florida is considering divesting from Big Tech… And even the usually left-leaning ACLU as you will read in the article below is objecting…  How long before the arrogant geeks of Big Tech land back down to reality?  Not too long as the lawsuits are already flying, starting from a huge one from “Parler” vs. Twitter… Some said that Parler does not have much money to win against Twitter… WRONG: I guarantee you that there many lawyers who would take the case on contingency, as it has the merits on its side… The Supreme Court is waiting just around the corner to cut Twitter down to size…

I have a piece of advise to the various “giggly” leftists” who think they are taking over America: This is not Cuba and this is not Russia… The First and the Second Amendments are sacred in this country… You do not want to find out the hard way… Just take a look to what happened to Cuomo’s Church closures when they arrived at the Supreme Court…

Twitter’s take-down of President Trump and his supporters from its platform is not about preventing violence. It is about stifling dissent and is an insult to every American who cherishes freedom of speech.

We know this because Twitter’s explanation for permanently suspending Trump from its platform is laughable. In a blog post, the company argued that two tweets from the president occasioned the move:

“The 75,000,000 great American Patriots who voted for me, AMERICA FIRST, and MAKE AMERICA GREAT AGAIN, will have a GIANT VOICE long into the future. They will not be disrespected or treated unfairly in any way, shape or form!!!”

A short while later:

“To all of those who have asked, I will not be going to the Inauguration on January 20th.”

These do not seem like unusually combative or threatening posts; instead, they are typical tweets from Donald Trump, who has long championed the people who champion him — and who uses lots of capitals and exclamation points to emphasize his message.

Twitter officials, though, viewing things through a Trump-loathing lens, see something more sinister.

Twitter explains that these tweets must be interpreted in “context” and goes on to examine “the ways in which the president’s statements can be mobilized by different audiences, including to incite violence…” In other words, Twitter judges are mind-readers.

They claim Trump’s statement that he will not attend Joe Biden’s inauguration “is being received by a number of his supporters as further confirmation that the election was not legitimate.” It is also interpreted by Twitter as “disavowing” earlier White House messages promising that there would be an orderly transition on January 20.

They also conjecture that Trump’s absence at the inauguration could be an invitation to violence, since the event would be “a safe target.”

More insulting is Twitter’s assessment that the words “American Patriots” are directed to those who assaulted the Capitol. To Twitter and others on the left, those words are not complimentary but rather apply only to violent extremists. Seriously.

Similarly, Twitter does not seem to like the idea that Trump supporters will have a “GIANT VOICE long into the future.” Twitter reads those assurances as the president vowing to continue to stoke doubts about the outcome of the election.

We also know that Twitter’s attack on Trump is not about preventing violence because the firm’s partisan bias showed up way before the storming of the Capitol. It was evident last summer, when the social media giant prevented the dissemination of credible reporting from the New York Post about Hunter Biden’s shady business deals in Ukraine and China.

Imagine: A supposedly neutral platform forbids circulation of revelations that a presidential candidate likely knew about and perhaps was involved in his son’s attempts to trade on his father’s former position in the White House.

Despite denials from the same journalists who submerged the country in Russia-gate hysteria for over two years, the Hunter Biden story was real. It was backed up by communications from Hunter Biden himself and by first-hand accounts from people involved. Notably, it was never denied by either Joe or Hunter Biden.

Let’s not forget the ultimate fingerprints of bias: campaign donations. According to Open Secrets, Twitter employees donated nearly $1 million to Biden’s campaign and to other Democrats; not one dollar flowed to Trump or any other Republican.

Twitter’s assault on conservatives does not end with banning Trump. As has been widely reported, many right-leaning commentators, including myself, have recently mysteriously lost large numbers of followers.

Also, the “likes” awarded to tweets from many conservatives have dropped precipitously. This is not about warding off mayhem; this is about suppressing opposing points of view.

Even the ACLU, which has veered disturbingly leftward in recent years, has objected to the tech clampdown. Kate Ruane, senior legislative counsel, decried the “unchecked power” of Twitter and other social media firms, noting in a statement that the banning of Trump “could set a precedent for big tech companies to silence less privileged voices.”

Sen. Elizabeth Warren (D-Mass.) argued in 2019, “Today’s big tech companies have too much power — too much power over our economy, our society, and our democracy.” In a survey conducted last fall, 65 percent of registered voters across the political spectrum echoed her concern, agreeing “that the economic power of these big tech companies is a problem facing the U.S. economy.”

After Big Tech colluded to take fast-rising platform Parler off the internet, Twitter CEO Jack Dorsey posted the Top Charts on Apple’s App Store. Twitter competitor Parler, which had recently gathered millions of new followers and had recently been the most downloaded app, had disappeared.

This gloating from one of the richest and (now we know) most powerful men on earth may prove short-lived. Quite soon, Americans will come to see the threat Twitter and other tech behemoths pose to our freedoms, and demand that their elected representatives rein them in. For the sake of our country, I hope that day comes soon.