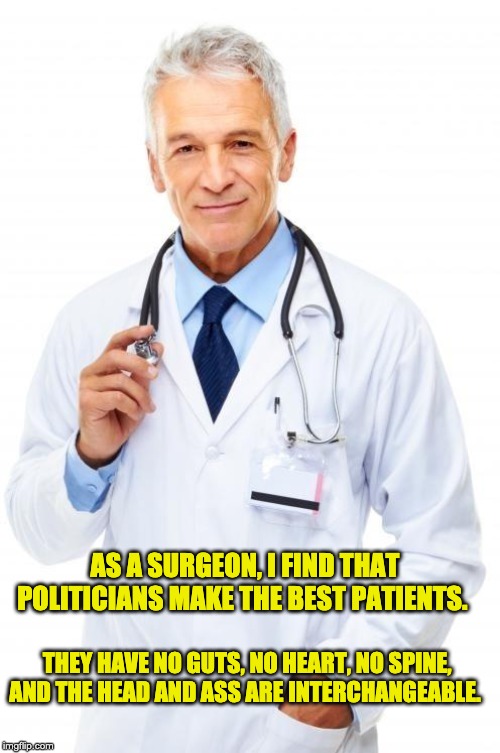 EDITOR’S NOTE: I was listening to Republican “leader” Senator Mitch McConnell today denouncing President Trump when a friend sent me this joke…  Yes, Mc Connell, whose wife, Elaine Chao, was appointed by Trump and served for 4 years as a secretary of transportation… Yes, we are talking about the same couple who visited China a few years ago and made a huge deal with the Chinese government benefiting Chao’s family business…

Before you start nauseating read the joke…

Five surgeons from big cities are discussing who makes the best patients to operate on. The first surgeon, from New York, says, “I like to see accountants on my operating table because when you open them up, everything inside is numbered.” The second, from Chicago, responds, “Yeah, but you should try electricians. Everything inside them is color coded.” The third surgeon, from Dallas, says, “No, I really think librarians are the best. Everything inside them is in alphabetical order.” The fourth surgeon, from Los Angeles, chimes in: “You know, I like construction workers. Those guys always understand when you have a few pieces left over.” But the fifth surgeon, from Washington DC, shut them all up when he observed: “You’re all wrong. Politicians are the easiest to operate on. There’s no guts, no heart, no balls, no brains and no spine Plus, the head and the ass are interchangeable.” 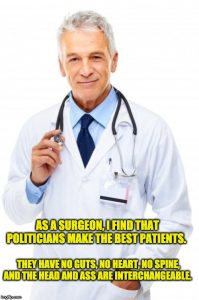