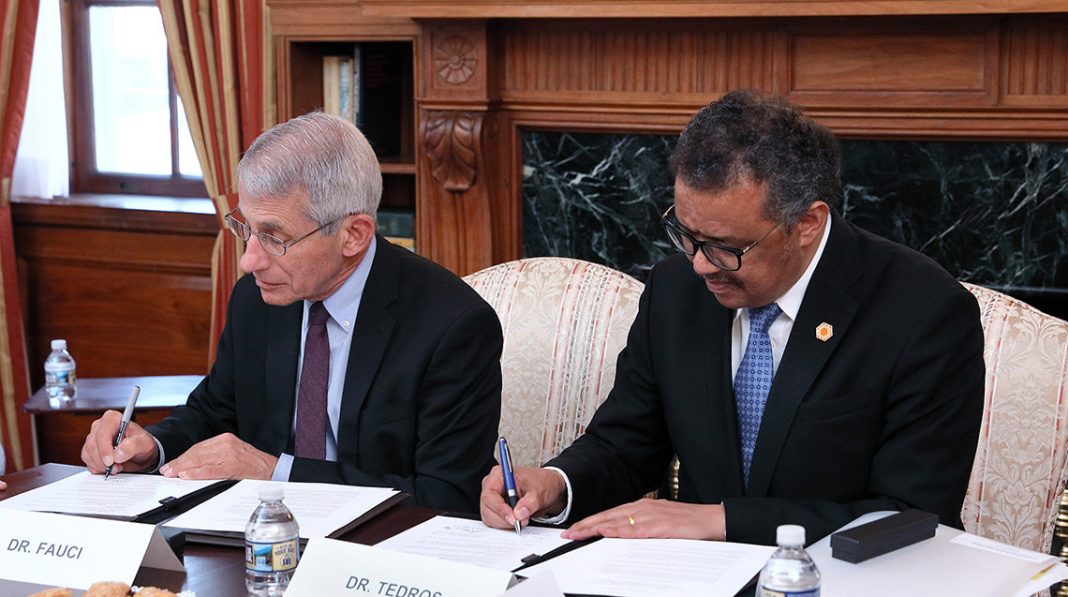 EDITOR’S NOTE (Nick Stamatakis):  The World Health Organization (WHO) has now released guidance to laboratories all over the world to reduce the cycle count in PRC tests to get a more accurate representation of COVID cases.  The current cycle was too high and resulting in any particle being declared a positive case!!  Even coca-cola tested positive!!! My dear friends after reading this story you will be as mad as I am… None of this was for your health. It was to get rid of Bad Orange Man.

I’ve been saying it for months. In fact, I documented it on October 27, 2020, for posterity: As soon as Joe Biden became president, the narrative on COVID-19 would change. Today, the World Health Organization (WHO) proved me right.

In August of last year, The New York Times published an article stating that as many as 90% of COVID-19 tests in three states were not indicative of active illness. In other words, they were picking up viral debris incapable of causing infection or being transmitted because the cycle threshold (Ct) of the PCR testing amplified the sample too many times.

Labs in the United States were using a Ct of 37-40. Epidemiologists interviewed at the time said a Ct of around 30 was probably more appropriate. This means the CDC’s COVID-19 test standards for the PCR test would pick up an excessive number of false positives. The Times report noted that the CDC’s own data suggested the PCR did not detect live virus over a Ct of 33. The reporter also noted that clinicians were not receiving the Ct value as part of the test results.

Yet a PCR test instruction document from the CDC that had been revised five times as of July 13, 2020, specified testing and interpretation of the test using a Ct of 40. On September 28, 2020, a study published in the journal Clinical Infectious Diseases from Jaafar et al. had asserted, based on patient labs and clinical data involving nearly 4,000 patients, that a Ct of 30 was appropriate for making public policy. An update to the CDC instructions for PCR testing from December 1, 2020, still uses a Ct of 40.

Shortly before the New York Times article was published, the CDC revised its COVID-19 test recommendations, saying that only symptomatic patients should be tested. The media went insane, and Dr. Fauci went all over television saying he was not part of the decision to change the testing standards:

“I am concerned about the interpretation of these recommendations and worried it will give people the incorrect assumption that asymptomatic spread is not of great concern. In fact it is.”

PREDICTION: Joe Biden Would Manage COVID-19 in One of Two Ways — Both Should Infuriate You

So, of course, Fauci had spoken, and the guidelines went back to testing everyone, all the time, with an oversensitive test. The idea that asymptomatic spread was a concern as of August was just one of many lies Dr. Fauci told. At the beginning of the pandemic in late January, he said:

There is not a single study or meta-analysis that differs from Fauci’s original assessment.

Today, within an hour of Joe Biden being inaugurated and signing an executive order mandating masks on all federal property, the WHO sent out a notice to lab professionals using the PCR test. It said:

WHO guidance Diagnostic testing for SARS-CoV-2 states that careful interpretation of weak positive results is needed (1). The cycle threshold (Ct) needed to detect virus is inversely proportional to the patient’s viral load. Where test results do not correspond with the clinical presentation, a new specimen should be taken and retested using the same or different NAT technology.

This translates to “in the absence of symptoms, a high Ct value means you are highly unlikely to become ill or get anyone else sick in the absence of very recent exposure to an infected person.” Dr. Fauci knew this in July when he said that tests with a Ct above 35 were likely picking up viral debris or dead virus. Even at a Ct of 35, the incidence of virus samples that could replicate is very low, according to Jaafar et al. The only state I know that requires reporting the Ct with every test is Florida, which started this policy in December.

The WHO went on, stating:

Most PCR assays are indicated as an aid for diagnosis, therefore, health care providers must consider any result in combination with timing of sampling, specimen type, assay specifics, clinical observations, patient history, confirmed status of any contacts, and epidemiological information.

In short, a positive PCR test in the absence of symptoms means nothing at a Ct of higher than 30, according to the experts interviewed by the New York Times and according to Jaafar et al. Yet positive tests is the number CNN loves flashing on the screen. If the percentage found by the Times in August holds, there have been approximately 2.43 million actual cases to date, not 24.3 million. There is also no way to calculate the deaths from COVID-19 rather than deaths with some dead viral debris in the nostrils.

What I have referred to as the “casedemic” since September will be magically solved just in time for Joe Biden to look like a hero. For doing absolutely nothing. Do not tell me there is not a politicized deep state in these health agencies. Do not ever tell me I need to listen to Dr. Anthony Fauci again. And every business owner who has been ruined because of lockdowns due to a high number of “cases” should be livid. Any parent whose child has lost a year of school should be furious.

None of this was for your health. It was to get rid of Bad Orange Man.