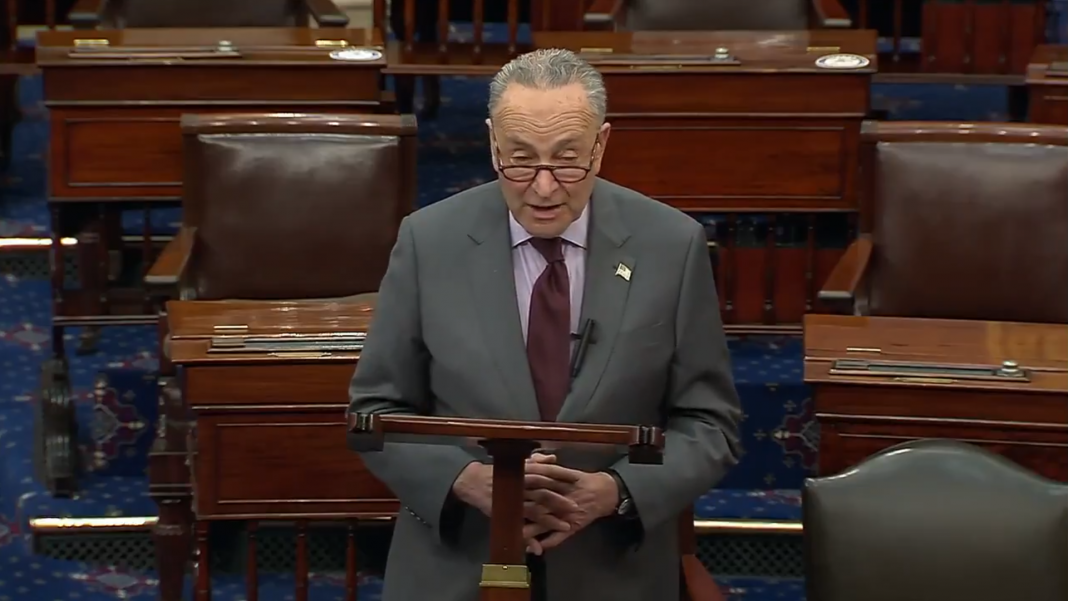 EDITOR’S NOTE: Chuck Schumer’s slippery tongue won the day today when he was about to announce Trump’s trial in the Senate for inciting the insurrection… And so the talk of the day had nothing to do with the fake accusations against Trump and the even more fake “trial”, but with the dirty Democrat minds and…tongues…  Divine Justice for sure!…

BELOW YOU CAN READ RUSH LIMBAUGH HAVING A FIELD DAY…

RUSH: Grab audio sound bite number 1. I think Chuck You Schumer got his impeachments mixed up here. He was obviously thinking of Bill Clinton when he said this.

SCHUMER: Make no mistake, there will be a trial. And when that trial ends, senators will have to decide if they believe Donald John Trump incited the erection, insurrection, against the United States. 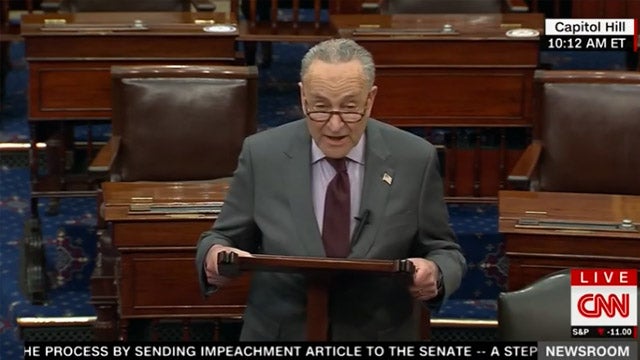 RUSH: Yeah, yeah, senators are gonna have to decide if they believe Donald John Trump incited the erection against the United States. Obviously he was thinking about Clinton and his impeachment, but he recovered rather quickly and got the correct word that he was talking about, “insurrection.”

Okay. So the impeachment trial is going to begin on Monday. Grab audio sound bite number 5. This is Lindsey Graham, Senator Lindsey Graham from South Carolina last night on Hannity, who said to Senator Graham, “If Senate Republicans validate a snap impeachment, a second one, I mean, the precedent is set, is it not?”

GRAHAM: Senator McConnell’s come up with a plan that I think is good for the country, good for the Senate, fair to the president. The president has a very good legal team, a great legal team, and we’re going to fight like hell to make sure that the second impeachment of Donald Trump ends as quickly as possible. Either dismissed or with an overwhelming vote for acquittal. 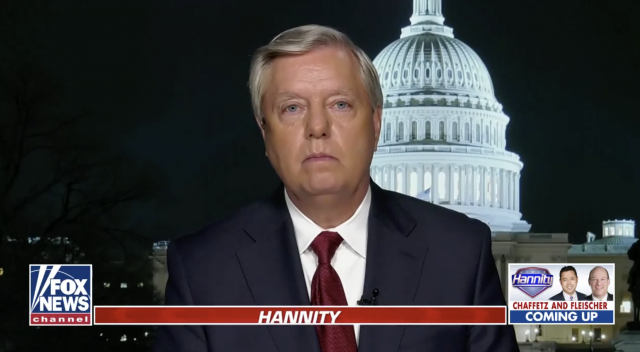 RUSH: Ah. So Senator Graham says, don’t worry about it. The Turtle has a plan. So we’ll see what the plan is. You know, he can’t stop it, he’s got 50 votes, he can’t stop it so the plan is probably to let the Democrats go ahead and try this and then just end it ’cause they’re not gonna get the number of Republican votes to convict, cause what’s happening, everybody’s realizing this is why Cocaine Mitch wanted to drag this out.

One thing that’s happening is, as time goes on, emotions change, and they shift to different issues. And Trump’s gone now. He’s gone. And they think they’ve done a fairly good job of getting rid of Trump and Trump’s memory and all that. They’re wrong about that. The Democrats think they have, but the fervor and the emotional reservoir necessary — remember, this is all about public opinion and politics, and there’s no demand for this. The American people not clamoring for this. The American people not in any way clamoring for a second impeachment of Trump. And this is going to make itself apparent.