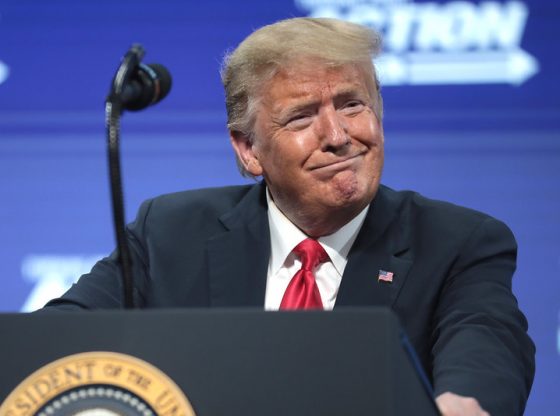 EDITOR’S NOTE (Nick Stamatakis): When a business enters the world of politics or the reverse, some very idiotic things happen. We all remember what happened last year when the Democrats (specifically AOC) asked people to boycott GOYA because the company’s CEO praised President Trump.  The company had the best sales EVER and declared AOC a benefactor at the end of the year!!!

It seems to me that some businesses have lost their collective mind.  Take a look at Twitter for example. They already have lost a huge amount of their market price and their audience.  Soon “Parler” (and other competitors) will be back online.  What do you think will happen? Half the country (and more…) will take their business elsewhere… If I was a board member or a stockholder of any of these companies I would ask for the CEO’s resignation immediately!

Do these people hold MBA degrees? I doubt it…

Enough is enough. A Florida bank is now following the historically bad advice of other U.S. companies and refusing to conduct any business with former President Trump. Banks United, the banks based out of Miami, Fl has cut ties with the former president. The bank gave little to no reason for shuttering the account simply stating, “We no longer have any depository relationship with him.” The move comes after a slew of companies severed ties with the Trump family and many Republicans by pointing singular blame for the Capitol riots on them.

In his financial disclosures, Trump had stated he had two money-market accounts with Banks United, The Washington Post reports. The accounts held somewhere between $5.1 million and $25.2 million.

Another Florida bank, Professional Bank, last week announced that it would be cutting ties with Trump, saying it would no longer conduct business with the former president or his organizations.

Signature Bank in New York and Deutsche Bank have also said they will no longer be conducting future business with Trump. Signature Bank notably took a strong stance against Trump and his allies in Congress, calling for him to resign and saying it would not conduct business with lawmakers who had objected to certifying the presidential election.

Deutsche Bank is seeking to resolve more than $300 million in loans, reportedly looking to offload the loans onto another lender due to the negative press their dealings with Trump has caused. Deutsche Bank’s relationship with the Trump Organization is under a civil investigation by New York attorney general Letitia James.