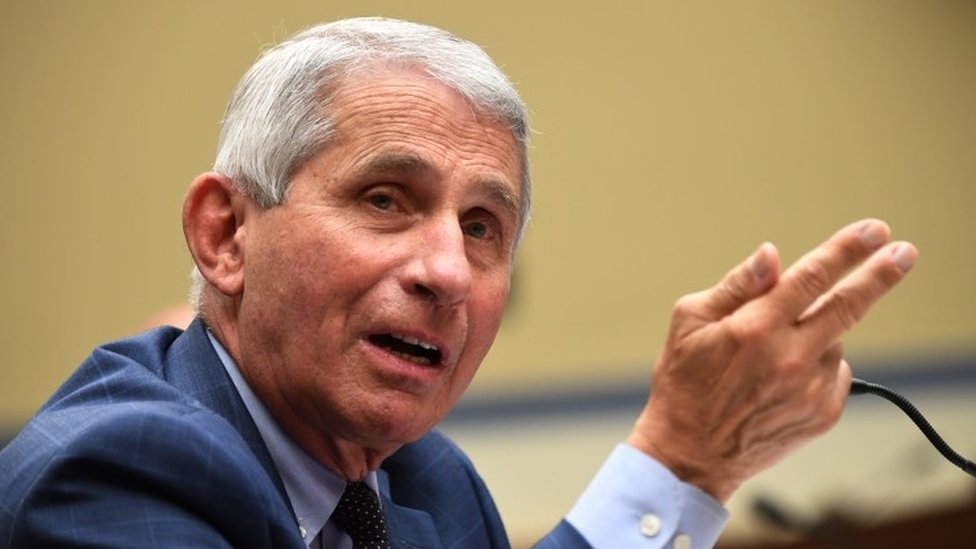 EDITOR’S NOTE (Nick Stamatakis):  Well, well, well… The best news comes out last – and sometimes after they are useful anymore…  Who would believe? The 80yr old Dr. Fauci (how come he is still employed at that age? Is he that indispensable? I don’t think so!) who has changed his position on all aspects of covid-19 at least 10 times in the last 12 months, is the highest-paid Government employee in the country and made over $417.000 during 2019!!!  He made more money than the President – even though President Trump did not draw his government salary…

How many questions follow this one fact!! Age limits? Salary caps (when enough is enough?) Possibility of corruption from staying in the same position or field for a lifetime?  The list is endless for “King Fauci”…  And the one that tops it all off: Abysmal arrogance and lack of any shame…  He even surpassed Chuck Schumer when it comes to cameras:  Now the most dangerous place on earth is between Dr. Fauci and a camera (it used to be between Chuck Schumer and a camera)… As far as science is concerned, let’s forget it:  A real Chameleon – changing colors at every turn… Or better yet: A “tyrannosaurus bureaucraticus”…

Dr. Anthony Fauci made $417,608 in 2019, the latest year for which federal salaries are available. That made him not only the highest-paid doctor in the federal government, but the highest paid out of all four million federal employees.

In fact, Dr. Fauci even made more than the $400,000 salary of the President of the United States. All salary data was collected by OpenTheBooks.com via Freedom of Information Act requests.

Only federal employees whose salaries were funded by taxpayers were included in the study. Therefore, Tennessee Valley Authority CEO Jeffrey Lyash— whose salary is paid by revenues of the corporation (owned by the federal government) — was not included.

$2.5 million. That’s how much Dr. Fauci, Director of the National Institute for Health’s (NIH) National Institute of Allergy and Infectious Diseases (NIAID) and current Chief Medical Advisor to the President, will make in salary from 2019 through 2024, if he stays in his post through the end of the current Administration, and doesn’t (or didn’t already) get a raise.

In an August 13, 2020 Instagram interview with actor Matthew McConaughey, Dr. Fauci was asked (at point 16:49) if he had millions of dollars invested in the vaccines. Dr. Fauci laughed and answered, “Matthew, no, I got zero! I am a government worker. I have a government salary.” He didn’t mention his $417,608 salary was the largest in the entire federal government.

Dr. Fauci became the early face of the White House Coronavirus Task Force, appearing daily, often in a live broadcast, to update the nation on the emerging COVID-19 disease. In March 2020, he convinced President Donald Trump on the 15-day lockdown policy to try and flatten the curve, and reportedly advocated on March 29, 2020, for extending the policy beyond its initial 15 days.

Vice President Mike Pence, who chaired the Taskforce might have outranked Dr. Fauci in authority, but the VP’s $235,100 salary in 2019, was less than the well-paid NIH director with whom he shared the stage.

In comparison to Dr. Fauci: Speaker Nancy Pelosi will earn $223,500 this year. U.S. Supreme Court Chief Justice John Roberts will make $270,700, and Members in the House of Representatives and Senators will make $174,000. Four-star military generals outrank, but still fall below Dr. Fauci at $268,000 a year.

The Centers for Disease Control and Prevention (CDC) scientist Dr. Stephen Lindstrom in charge of overseeing the CDC COVID-19 testing system, a system whose early roll-out failure set the U.S. testing system back several crucial weeks, made $108,747 in basic pay, an additional $23,533 in adjusted pay, and received an “award” of $750 in 2019.

The 80-year-old Dr. Fauci holds a medical degree from Cornell University and began his 53-year career at NIH in 1968. He assumed his NIAID Director position in 1984 and has advised every president since President Ronald Reagan, though he serves directly under the NIH Director Francis Collins. Known as the nation’s top infectious disease expert, he qualifies for a full federal pension and social security under pre 1984 federal pension reform rules.

The Executive Branch includes 2.1 million federal agency employees, 1.4 million members of the military, and 500,000 postal employees. Federal employee salaries are generally capped at level IV of the Executive Schedule, which was $172,500 in 2019, but which will rise by 2.6% in 2020.

However, there are exceptions, as Dr. Fauci’s salary demonstrates. The exception exists to make federal salaries for doctors and scientists more competitive with the private-sector.

On October 19, 2020, President Trump called Dr. Fauci “a disaster,” though his criticism appeared to be unrelated to the doctor’s salary.

Dr. Fauci is the 32nd-most highly cited living researcher according to an analysis of Google Scholar citations. Polling has shown he’s the most trusted public figure in the U.S. for information on the pandemic and reliable information on Covid-19 vaccines.