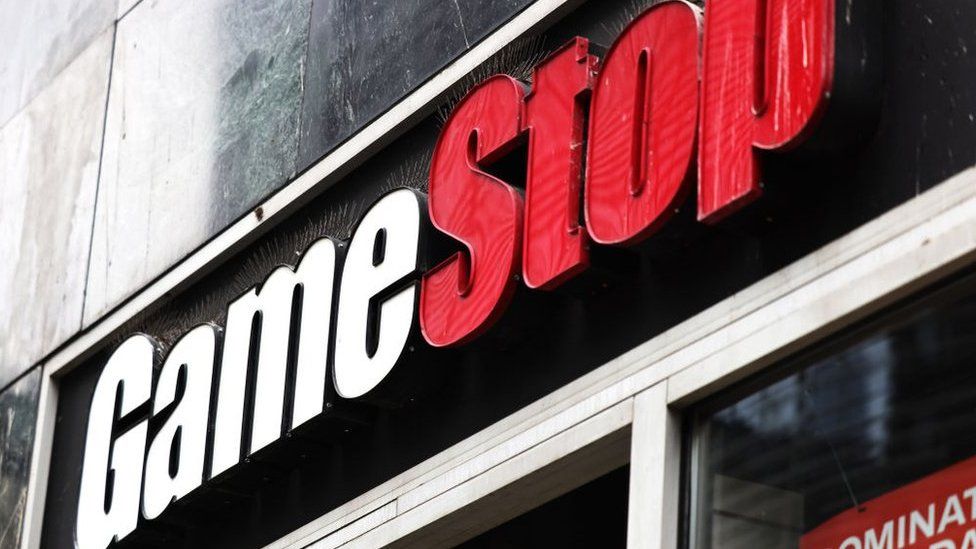 EDITOR’S NOTE (Nick Stamatakis): Some analysts called it the modern-day equivalent of the French Revolution!! What happened in Wall Street yesterday? Nothing less than a popular uprising similar to the one that brought Donald Trump to the Presidency four years ago… A mass of small investors, who for years have been practicing trading stocks on a number of trading platforms, were able to see the game the big brokerage houses were playing on “Gamestop” by short-selling its share.  And at the same time, they took advantage of their collective power driving the “Gamestock” price higher and higher – from a few dollars a few months ago to over $300!… As a result, the huge brokerage houses lost a ton of money (over $18B – yes like billion!! – while others talk about $70B of losses!)) and they are now asking the government for a bailout!! At the same time, it was a huge transfer of wealth from the rich brokerage houses to the middle class…

But this transfer, unlike some other wealth transfers in history, was not planned and the plutocrats of Wall Street were extremely annoyed. First, they stopped trading for this stock – they only allowed two positions, hold or sell. Second, they went to “mommy” Janet Yellen – who they themselves installed in the Beijing Biden government and started crying for a bailout…

For one more time, Wall Street firms proved that they play a rigged game.  Many small investors pulled all their money out of the market – and this was a fine decision.  On the other side politicians scrambled to put a stop at the rigged game: for one more time conservatives like Ted Cruz found themselves agreeing with Alexandria Ocasio Cortez when she cried out “foul” for the abusive behavior of the powerful brokerage houses….

BELOW THE REPORT FROM BBC

Anger as trading in GameStop shares is restricted

Amateur investors are responding with outrage after trading platforms curbed buying of shares in the US games firm GameStop and other companies.

The moves by Robinhood and Interactive Brokers follow days of frenzied trading that led to massive gains for some stocks.

Shares in GameStop dived by as much as 55% after the restrictions.

It is the latest twist in a battle that has pitted amateur investors against Wall Street giants.

Major hedge funds had bet billions of dollars that GameStop’s shares would fall.

But they have faced major losses after amateurs, swapping tips on social media sites such as Reddit, drove up the share price by more than 700% in a week.

Other firms, such as AMC Entertainment, Koss Corp and BlackBerry, also saw sharp gains. They were embraced by day traders after hedge funds bet against them.

The activity has drawn questions from regulators, who are monitoring trading amid fears of illegal actions.

However, the amateur investors say they are just playing Wall Street at its own game.

In online forums they discussed legal action and accused Robinhood and other brokerages enacting their own form of market manipulation by restricting purchases of certain shares.

“They support a capitalist free market only when it works for them. What we saw today was not a free market and it forced an awful lot of people to lose an awful lot of money,” said 18-year-old Myron Sakkas of Coventry, a student at Warwick University.

Myron, who has had an account on the Trading 212 platform since August last year, said he had lost £30 on Gamestop shares, which he owned for “a couple of hours” and sold when he saw what was happening.

Myron said he had since been locked out of his account and unable to use it while his identity is being checked. But when he gains access again, he plans to take out the £1,000 he has in it and call a halt.

Though hoping to go into investment banking after he gets his degree, he said he was disillusioned by what he sees as “market manipulation” directed against people like him.

“When ordinary people try to make money in a system where only rich traders can make money, that’s what happens,” he told the BBC.

Why have GameStop shares surged?

Key to what’s going on is “short selling” or “shorting”, where a big investment company such as a hedge fund tries to make money by betting that a company’s share price will fall.

The hedge fund borrows shares in a company from other investors (for a fee) and sells the shares on the markets at, for example, $10 each, waits until they fall to $5, and buys them back. The borrowed shares are returned to the original owner, and the hedge fund pockets a profit.

GameStop – which saw heavy losses last year and was described as “failing” by one big investor – is the most shorted stock on Wall Street.

But in the last week, amateur investors who follow the Wall Street Bets forum on Reddit have poured money into buying the company’s stock with the aim of pushing up the price.

If the price rises dramatically, short sellers face big losses and they need to buy back the shares they have borrowed quickly to prevent bigger losses – a process known as covering.

However, buying back the shares only adds to demand for the stock and pushes its price higher still.

And amateurs aren’t the only ones getting in on the action.

This week, for example, private equity firm Silver Lake Group, which had loaned money to AMC Entertainment, converted its bonds to shares after the surge in the firm’s prices, a swap worth hundreds of millions of dollars.

In the US, anger over the trading restrictions united politicians whose stances typically sharply diverge.

Senator Sherrod Brown, a Democrat who is taking over as chair of the banking committee, said he would hold a hearing about the “state of the stock market”.

“People on Wall Street only care about the rules when they’re the ones getting hurt,” he said.

Rep Alexandria Ocasio-Cortez, known for her leftist views, called the restrictions “unacceptable” and expressed support for a hearing, to which Sen Ted Cruz, a staunch Republican, replied on Twitter, “Fully agree”.

Dave Portnoy, founder of the Barstool Sports blog, who has emerged as one of the most high-profile amateur traders during the pandemic, also attacked the restrictions, singling out Robinhood, which has cast itself as a platform aimed at making Wall Street more accessible.

The firm also makes money through fees paid by Wall Street firms that execute trades for its users.

“‘Democratizing finance for all’ except when we manipulate the market, cause too many ordinary people are getting rich,” he wrote.

“Among the many aspects of this story that are strange, what is so unusual is the peculiar vigilante morality of the traders pumping the stock. They seem hell-bent on taking on Wall Street, they seem to hate hedge funds and threads are peppered with insults about ‘boomer’ money.

“It’s a generational fight, redistributive and all about robbing the rich to give to the millennial ‘poor’.”

Elon Musk, who has a history of feuding with short sellers, also joined the fight, tweeting: “Here come the shorty apologists. Give them no respect. Get Shorty.”

A one-word tweet by the billionaire entrepreneur on Tuesday – he tweeted “Gamestonk!!” – had been seen as giving Gamestop shares an extra boost.

The fracas follows a jump in casual investing during the pandemic, which saw people stuck at home with time on their hands and limited places to spend pour money into the market.

The surge has produced ripples of worry on Wall Street, including concerns that inexperienced investors could cause bubbles in certain stocks or were dabbling in investments with risks they did not fully understand.

Robinhood – which has been one of the biggest beneficiaries of the new interest in investing – has faced particular scrutiny for the way its app has made investment seem like a game.

Last year, Massachusetts regulators filed a complaint accusing the company of marketing to inexperienced users and failing to protect them.

Officials said this week they were following the market battle.

Massachusetts state regulator William Galvin called on the New York Stock Exchange to suspend GameStop for 30 days to allow a cooling-off period. “This isn’t investing, this is gambling,” he said in an interview. “This is obviously contrived.”