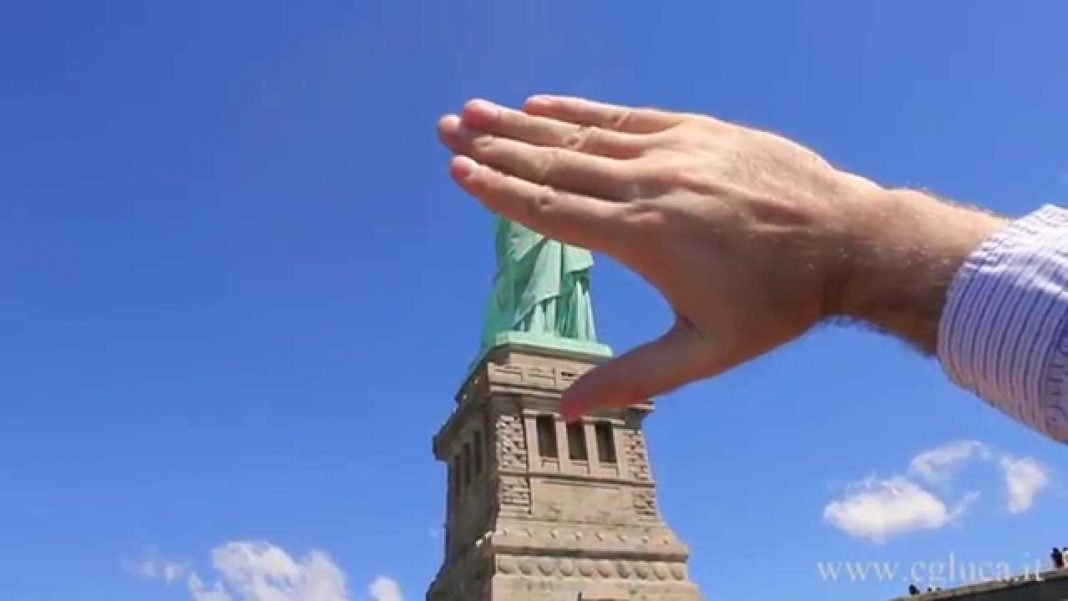 In my new book Fish Out of Water: A Search for the Meaning of Life, I write about growing up with my European immigrant parents. Much of the story is very funny — and of course true — but some of it is quite serious. That’s because my parents saw the horrors of communism up close, and in the stories they told me and my brother they helped us understand that there was real evil in the world. As we learned from them about the evils of living in places under the oppression of Marxist atheism, we also learned about the blessings of living in America, where God and liberty were at the heart of much of our culture, so much so that many take it for granted.

My father grew up in Greece and saw great evil during the Second War, often suffering real hunger; and when that ended, a civil war erupted and Communists tried to take over his beloved country. My mother grew up in Germany, losing her father at age 10 and then suffering tremendous deprivations after the war, also including hunger and malnutrition. Her part of Germany was indeed taken over by the Communists, who forced their Russian Marxist propaganda on her in school. It was so awful she risked her life to escape at age 17, fleeing to the West and then to the United States in 1954.

My father came here in 1955, to New York, where the following year he met my mother in a nighttime class of immigrants learning English. Their first date was to Teddy Roosevelt’s birthplace in Manhattan. A year later another date took them to the Statue of Liberty, which is memorialized on the cover of my book. The next year they were married.

Growing up as their son in the Sixties and Seventies, I heard innumerable stories of their experiences, never doubting that there was real evil in the world — or that its political form existed in the soul-crushing ideology of Marxist communism. I even remember visiting East Germany with my mother in 1971 and seeing the barbed wire and guard towers as we crossed the border. These were not intended to keep people out, but to keep their own people, including my German relatives, from escaping.

I remember my mother explaining to me that people in East Germany and Russia actually voted in elections, but were all expected to vote for the same candidate. It was stunning to hear. I also remember watching the ’72 and ’76 Olympics and seeing the unnaturally muscular female swimmers from the Soviet bloc countries, and my parents explaining to me that yes, of course, the “Russians” always cheated. Marxists didn’t believe in God, or in good or evil, so power and winning were the only things that mattered. Of course history has since shown that they did cheat, but my parents never had any doubt.

Most of the kids in the public schools where I grew up, in Danbury, Connecticut, had no such ideas of such evils. Their parents grew up in America and simply had never seen it up close. Because of this they tended to regard the freedoms we had in America somewhat less appreciatively than my own parents, and were less concerned about leftist ideologies, having little idea where they could lead.

When Aleksandr Solzhenitsn came to the United States in 1976, my father explained how he had suffered cruelties at the hands of the Soviets, but had dared to stand up to them anyway, even writing books about what was going on in their political prison camps in his masterpiece, The Gulag Archipelago. Solzhenitsyn was thrown out of his own country because the truth he spoke about the Soviet regime was too much for its leaders to bear. I also remember when in 1978 he spoke at Harvard’s graduation, daring to point his finger at the West, too, saying that we were foolishly drifting in the same direction as Russia, albeit by a different path.

This was too close to home for many in the left-leaning and elite American media, who now turned their backs on him, despite so recently portraying him a brave hero. But I had always known that what he was saying was true, and that we in America must also be vigilant in standing against leftist ideologies that place no value on human lives as made in God’s image, and therefore as sacred. Why should we be exempt from such things?

Solzhenitsyn once said that all the horrors of the 20th century — the carnage and cruelty brought to the world by the fascist Nazis and the marxist Soviets both — were because “man had forgotten God.” This, he said, “was why all these things had happened.” Forgetting God, whether via Nazism or Marxism — or via Western materialism and hedonism — was the root problem, and inevitably would open the door to every kind of evil.

It is a chilling thing, therefore, to see all this playing out in America today, and to hear many fellow Americans deem it so extremist and radical to speak of this that they are self-righteously “cancelling” voices that dare to do so. Isn’t shutting down dissent not the very proof that we have stepped away from our core values of “free speech” already, and from genuine tolerance toward others? Doesn’t this show us where all of this is leading?

As Solzhenitsyn prophesied, we in this great country have naively drifted along, now for decades accepting increased government control over our lives and even believing the seductive lie that “socialism” can somehow be a good thing. Though my parents always warned me of these things, I am still horrified to see them for myself, knowing these things are nothing less than the dedicated enemies of liberty and humanity and justice and truth, and the handmaidens to the cruelest evils imaginable.

I know many of my fellow Americans — and friends — now helping these things along know not what they do. But I cannot stop from trying to wake them to what I see. If I were to be silent now I would be guiltier than they, for I know and love people who have lived through these things. Some things are worth sacrificing everything for —  our reputations and friendships and careers and even our lives. The God-given freedoms we have are such things; and the freedom — and duty — to speak what we know to be true must always be at the top of that list.

Eric Metaxas is the author of the brand-new Fish Out of Water: A Search for the Meaning of Life (Salem Books). Learn more about the book here. Eric Metaxas is New York Times #1 bestselling author. He is the host of the Eric Metaxas Radio Show, a nationally syndicated radio program heard in more than 120 cities around the U.S. Learn more at www.ericmetaxas.com.