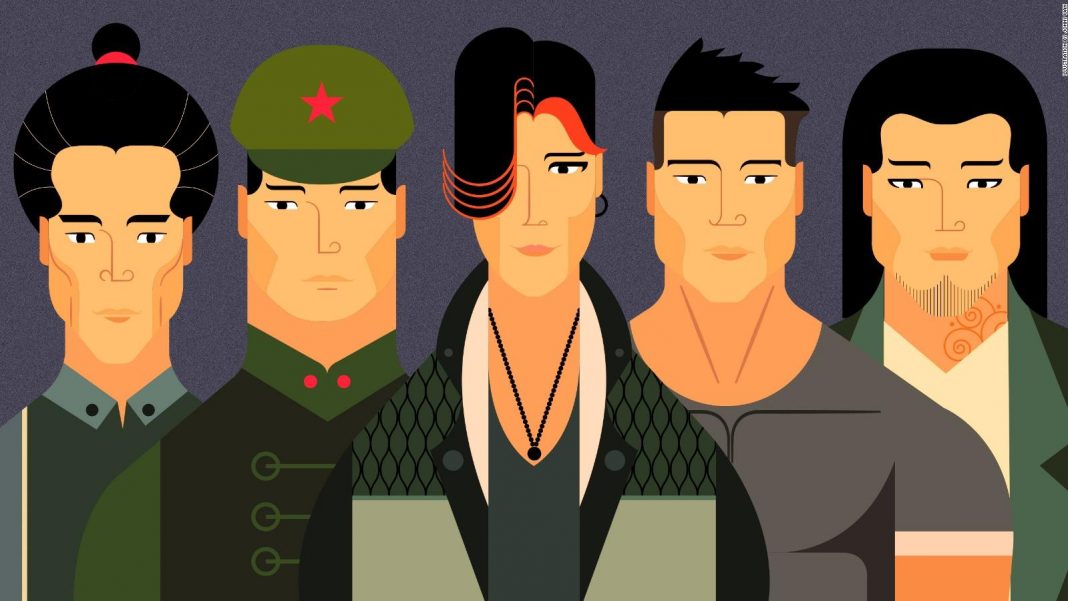 EDITOR’S NOTE (Nick Stamatakis):  The Chicoms are worried about the masculinity of their boys while we, in America, do not lose an opportunity to “confuse” their gender and make them even more “emo” or effeminate and soft and weak than they already are!!  I have an easy solution for you, President Xi Jinping: Prohibit them from watching any American movies or TV shows!!  For you, this will be as easy as turning off the switch!! You don’t have to ask any Congress and any Senate and, above all, if Facebook, Twitter, etc. do not comply you show them the door!!

I have another idea for you President Xi: Ask Lebron James to make a few interviews in the many CCP Dailies and communist party TV programs across mainland China, where he will be asked: “how good is it to be a strong man” and “how manliness makes you a better person and a better soldier!!”  I am sure he will oblige in an instant!!

Fellow Americans, who do you think will be the winner if a conflict erupts in Central Asia or in the jungles of Southeast Asia? The manly progenies of the CCP (possibly having been genetically modified) or the emasculated, confused, and brainwashed with defeatism and “America last” young Americans?  The news from the US military on this issue is getting worse by the day…

Winning a battle – even in our technologically advanced times – is a matter of aggressive attitude and killer instincts and both are associated with masculinity –  and it is not “toxic”, it is natural.  Let me close with this famous anecdote / experiment: At a birthday party boys and girls were offered these long balloons that look like swords – we all have seen them.  The girls sat on the side quietly and started rubbing the balloons, while the boys started attacking each other with them…

I rest my case – good luck winning the upcoming war…

A notice from China’s education ministry has caused a stir after it suggested young Chinese men had become too “feminine”. The message has been criticised as sexist by many online users – but some say China’s male celebrities are partly to blame.

For a while China’s government has signalled concern that the country’s most popular male role models are no longer strong, athletic figures like “army heroes”. Even President Xi Jinping, a well-known football enthusiast, has long been seeking to cultivate better sports stars.

So last week, the education ministry issued a notice with a title that left no doubt about its ultimate goal.

The Proposal to Prevent the Feminisation of Male Adolescents called on schools to fully reform their offerings on physical education and strengthen their recruitment of teachers.

The text advised recruiting retired athletes and people from sporting backgrounds – and “vigorously developing” particular sports like football with a view to “cultivating students’ masculinity”.

It is a decisive push in a country where the media does not really allow for anything other than squeaky clean, “socially responsible” stars.