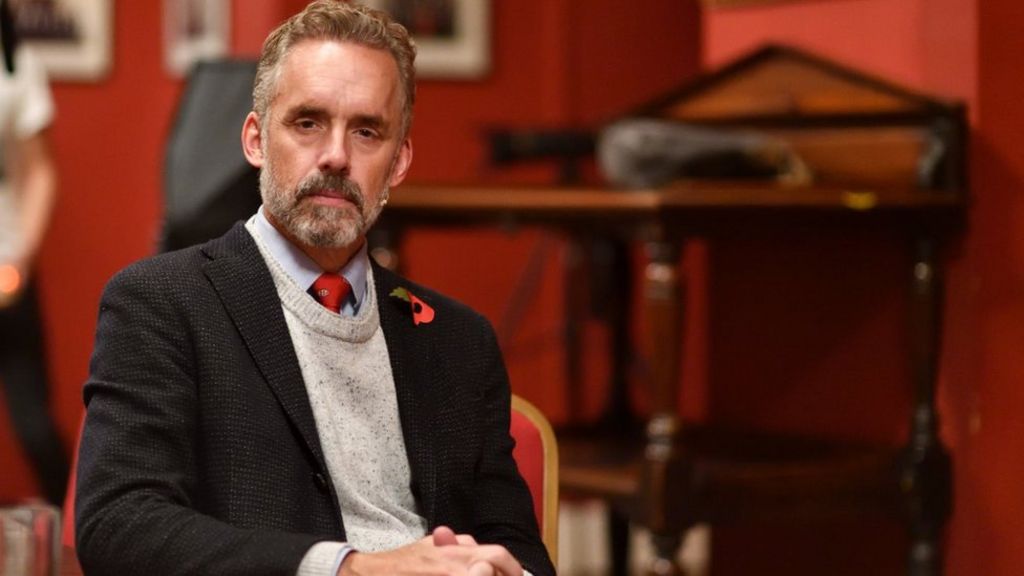 “…Because when a distinguished professor with decades of experience studying, teaching and practising psychology talks about the importance of traditions, ancient stories and individual responsibility, a healthy society would surely benefit from listening carefully – and not just to the soundbites…”

Leftist hatred for the Canadian psychology professor Jordan Peterson is really something to behold. He stands as an example of what happens to someone who strays from the crazy line of thinking by modern campus bigots.

Mr. Peterson is the canary in the toxic coal mine of political correctness and petty thought police.

Let’s start with the professor’s crime.

Simply put, Mr. Peterson does not share the monolithic, prevailing liberal orthodoxy on university campuses dictating that Western White males are the world’s evil oppressors and anyone who does not belong to that evil race is a victim trapped in circumstances beyond his or her control.

Consider for a moment the leftist premise to which the radical Mr. Peterson objects.

On its face, it is blatantly racist. Divvying up, defining, and punishing groups of people based on their race (or gender) was racist 200 years ago during slavery times. It was racist 75 years ago. It is still racist today.

Yet, astonishingly, this reborn racism is widely embraced by the racists who dominate college campuses today.

The second obvious flaw in this racist orthodoxy is the message it sends to non-White, non-males.

Any challenges, failures, or misery you face in life are not your fault. And, even worse, there is nothing you can do to change your circumstances. So, just stew in your bitterness and hatred for White males along with the rest of us, goes the leftist campus orthodoxy of the day.

Is there any more destructive and devious lie that could be sold to young people? Is there anything more dystopian or hopeless?

Mr. Peterson has become something of a rock star among beleaguered youth suffocating in the coal mine of modern academia with speeches, lectures, podcasts, and a book titled, “The Twelve Rules of Life: An Antidote to Chaos.” His message has been particularly devoured among young men — many of them White — who have been vilified and emasculated by crazy university teachings.

Find meaning in life. Take responsibility for yourself. Surround yourself with good people who want the best for you.

The chapter titles of his book include radical instructions such as: “Stand up straight with your shoulders back,” “Tell the truth — or, at least, don’t lie,” and “Pet a cat when you encounter one on the street.”

These lessons have earned Mr. Peterson a level of blinding hatred that is normally reserved for former President Donald Trump.

So it has been with considerable glee that the leftist media — the Revolutionary Guard of modern academia — hunted down Mr. Peterson as he suffered from a pestilence of personal maladies that no decent human would wish on his worst enemy.

Over the past year, Mr. Peterson has suffered physical illness and serious mental disease including suicidal thoughts. His wife was diagnosed with cancer. As his life spiraled out of control, Mr. Peterson developed a near-fatal drug addiction.

Actual humans read those lines and are struck with pangs of angst and sorrow for Mr. Peterson and his family. They mutter a prayer for them.

But not the campus bigots and the jackals in the media. Every bleak detail is catnip to them. Their desperate war to destroy all who disagree never sleeps.

When the story of Mr. Peterson’s troubles emerged about a year ago, a creature named Amir Attaran, a professor of both law and medicine, began his public hot take on Mr. Peterson’s travails: “#KARMA.”

“Jordan Peterson, oracle to gullible young men, preacher of macho toughness, and hectoring bully to ‘snowflakes,’ is addicted to strong drugs, and his brain is riddled with ’neurological damage.’ He deserves as much sympathy as he showed others.”

A new interview with the Sunday Times of London about his tribulations sparked yet another avalanche of glee and gloating over the unimaginable pain Mr. Peterson has been through.

Introducing her interview, reporter Decca Aitkenhead opines openly — referring to herself no fewer than three times in the lead paragraph — that she is unable to diagnose the root of Mr. Peterson’s problems.

“I don’t know if this is a story about drug dependency, or doctors, or Peterson family dynamics — or a parable about toxic masculinity,” she sneers.

If these are the purveyors of “social justice,” we are truly doomed.

• Charles Hurt is opinion editor of The Washington Times. He can be reached at churt@washingtontimes.com.