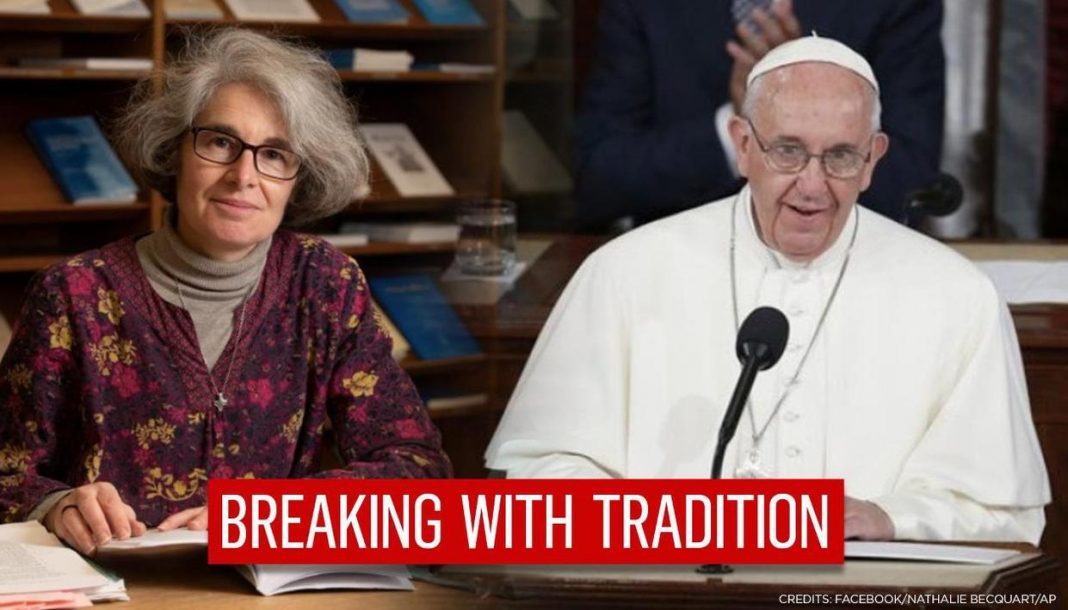 EDITOR’S NOTE (Nick Stamatakis): According to some of our readers, Pat. Bartholomew and AB Elpidophoros will soon follow suit – the way they have proved to be such faithful …followers of the Vatican… Helleniscope would agree with the increased role of women in Orthodoxy but is questioning both the kind and the pace of such a novel course. Breaking with old traditions is a very serious matter and cannot be handled lightly and expeditiously.

Why the Catholic (and Orthodox) church did not show such rush and expeditiousness in other more pressing matters, from pedophilia to homosexuality to the sacredness of marriage between a man and a woman, to abortion to corruption?

Pope Francis has appointed 52-year-old French Sister Nathalie Becquart (Photo above) as an undersecretary of the Synod of Bishops, the Vatican announced on Saturday.

Why it matters: She’s the first woman to be appointed to the synod, which advises the pope and has voting rights. The pontiff has expressed support for women playing a more leading role in the Catholic Church, though he hasn’t advocated to overturn the Vatican’s female priesthood ban.