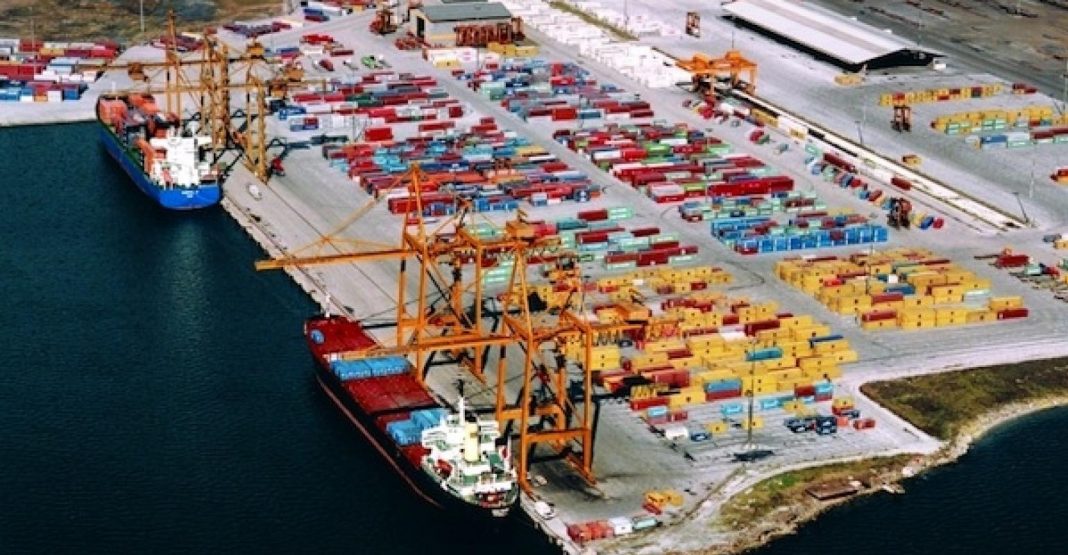 For the past twelve years, since the 2009 introduction of Chinese shipping giant Cosco to the port of Pireaus, an intense battle has been taking shape for the control of all major Greek ports – and some not so major; but the uniquely valuable geographical location of the country at the meeting point of three continents and even more valuable EU membership which facilitates customs entry, stable alliances and, last but not least, a 4,000-year-old maritime tradition make Greek ports an asset that every major power wants to invest in.

In 2016 Cosco achieved ownership of the 51% of the Port of Pireaus and has quickly turned the port – already the largest passenger port in Europe – into the largest commercial port in the Mediterranean, with an impressive growth of its container business. This was welcome news for Pireaus and Greece as the port was always struggling financially under the control of communist unions.  It’s ironic that the port’s control by communist China brought rational development and thousands of good-paying jobs in the surrounding area and beyond. 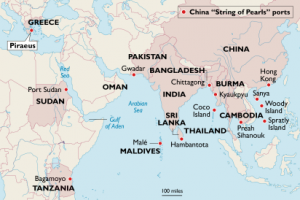 In the meantime, the United States, eager to find new customers for its excess production of natural gas and also to limit Europe’s dependency on Russian energy sources started aggressively exploring all possibilities for the ports of Northern Greece and especially Alexandroupolis near the Greek-Turkish border.  There, the basic foundations have been laid for an LNG terminal aiming to supply not only Greece but other Balkan countries, namely Bulgaria and North Macedonia. At the same time, the government of Greece has started discussions for the sale of a number of other Greek ports: Kavala, Volos, Herakleion, Patras, Igoumenitsa, and even some smaller ones like Kalamata and Corfu. 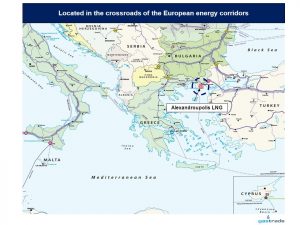 In this background, the news a few days ago that Ivan Savvides, a Greek-Russian businessman with close ties to Vladimir Putin, bought out the German stake of Thessaloniki Port and now controls two-thirds of a 67% stake of the Port (with the rest belonging to a French company), clearly dropped a bombshell in the very competitive atmosphere surrounding Greek ports.  Although the sale has still to be approved by a government commission, it sets the stage for the upcoming final bids for the Alexandroupolis, Kavala, and Igoumenitsa.  Thessaloniki Port (OLTH) controlled by Savvides will certainly play a role in these bids, where at least two American companies plan to compete. One has certainly the feeling that many arrangements are being made behind the scenes for the final “sharing” of the shipping game in Greece and the stage is far from finalized…

Our sources in Athens tell us that US ambassador Jeffrey Pyatt was not happy at all with the news of Ivan Savvides taking an almost controlling stake at Thessaloniki.  But at this moment, with the Biden administration putting a number of new obstacles at shale oil and natural gas production, Mr.Pyatt’s major worry should be whether the US will have enough excess LNG to supply the proposed terminal at Alexandroupolis. If you want to compete with Russia at their only game, energy, then you have to produce more energy; Biden’s policies have already lead to lower production and rising oil and natural gas prices, both unwelcome news for Jeffrey Pyatt’s plans.  On a related front, how is the Biden Administration going to oppose “Nord Stream 2” pipeline between Russia and Germany when they cut down America’s energy production?  The answer to this question is that the US will probably not oppose it and will make one more step backward from its global leadership position…

The news that Ivan Savvides advanced his positions at Thessaloniki Port likely indicates that Russia has decided to do everything it can to maintain and advance its interests in the Balkan peninsula. They hold close ties to Turkey with energy and arms sales but they understand that their long-term interests are best served through continued close relationships with the mostly Orthodox Balkan people. These ties are deeply rooted in culture and history: Vladimir Putin has repeatedly visited Mt.Athos – at least once in private. In Greece, several polls over the last decade easily bring President Putin’s popularity to over 70%, an unheard-of number for any other foreign leader.  Jeffrey Pyatt tried his best in Ukraine and even managed to cause a Schism in Orthodoxy in order to achieve “deep state” goals of pushing Russia even further towards Asia.  But in essence, he is fighting a losing battle: If the DC establishment’s goal is “America Second” or “America Last” (and this attitude has manifested in many issues – from China policy to immigration, even in covid vaccine distribution!) then the chances of the US winning the global competition game are non-existent.

Mr. Pyatt is part of an American foreign policy post-WWII establishment where the words “history” and “tradition” have very little meaning.  He truly believes that he will eliminate ten centuries’ old religious and cultural ties in a split second (historically speaking), just by the impression of American power on any issue.  A better way would be to recognize these deep ties (e.g. between Russia and its neighboring people) and try to take advantage of them in order to advance American interests.  But that would presume to recognize that America’s number one enemy is not Russia, but China…

Unfortunately, the November elections and subsequent developments proved that the DC establishment is not fighting for the promotion of the country’s interest but it simply promotes the interests of the plutocratic elites. As long as this is the case, American power all over the globe will be declining and US ambassadors in Athens and elsewhere in Europe will be playing a losing game.