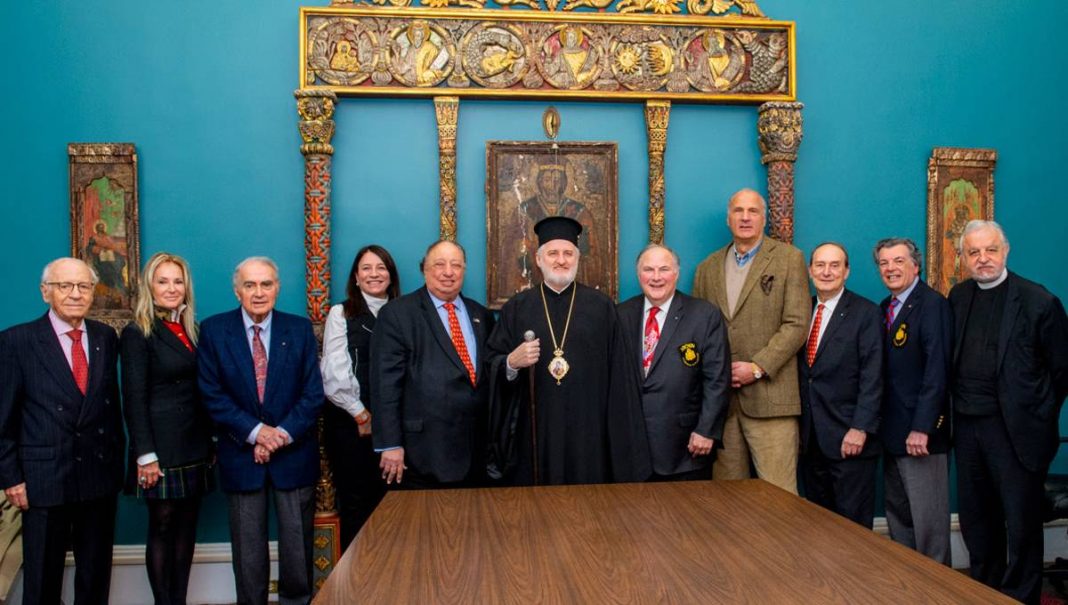 Reading the GOA announcement (Below) about the establishment of yet one more “Foundation” (we lost count already – I am sure I left one or two out of the title), I could not pick which of several “proverbialisms” we all use in English (and some superb Greek ones) better fits the case:

“You Cannot Teach An Old Dog (Karloutsos) New Tricks”:  Did we expect Karloutsos at age 75 (or 76?) to suddenly become the spiritual Church leader he never was? Did we expect him to deliver actual ministry plans addressing the spiritual and other needs of the faithful? Did we expect a “grand plan” for including the younger generations in the Church and its operations?  How about the myriad of possibilities for other outreach programs every Church organization should have?  No, we did not.  And so he went ahead and did the only thing he knows how to do: One more non-profit “Foundation”, a euphemism for a “Country Club” of wealthy donors who care less for the Church and more for the tax advantages, the connections, and the publicity. 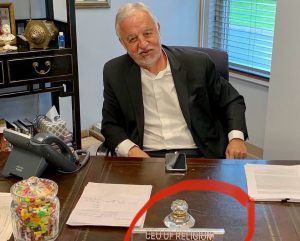 “The priest (Karloutsos) first blesses his own beard” (“Ο Παπάς πρώτα βλογάει τα γένια του”).  No clarification was offered regarding the “fundraising fee” (10 or 15% or maybe more?) that Karloutsos charged in the past for his “services”.  So we have to assume that the “old dog” used the same old trick again.  Another money-grabbing opportunity for the “suffering” Karloutsos family (Who is going to pay Mike Karloutsos’ lawyers?)  No, the paid position as a “chaplain” of the Port Authority is not enough, neither is enough the also paid position at the Stony Brook University Board of Trustees… And God only knows how many other “outside gigs”… In addition to “leading” Leadership 100, Archons, and everything else.  If any Christian priest wants to be mega-wealthy on his God-given priestly talents (and even own his own executive jet) then America offers many opportunities: Join or start an Evangelical Church and make people want to come and hear and be blessed by your talents. If you do not have the talent and the charisma you do what Karloutsos did: You follow “faithfully” a leader who does have excess talent and charisma (AB Iakovos), live in the shadow of his enormous talent and charisma for decades until you find the right moment to use outside help (Pat. Bartholomew) to stub him in the back.  Then you inherit all that was built for yourself and you play the “leader”… But as you have no leadership qualities and you are simply a “PR man”, you end up leading what Iakovos and generations of Greek-Americans built over the cliff…

“Αλλαξε ο Μανωλιός και έβαλε τα ρούχα αλλιώς” (“Manolios made believe he changed by putting on his clothes inside out”).  No special comments here: The same group of wealthy people (please take a look at the names below…) who otherwise belong to a group that could be called “Friends of Karloutsos” now have formed one more group after “Leadership 100”, “Archons”, “Senators”, “Friends of St.Nicholas”, etc…  If this is going to be the policy why do we need to call GOA a Church? Let’s save the trouble and rename it “Friends of Karloutsos”.

Then they can buy a piece of land somewhere in metro-NY, build their own Church/ Country Club, and leave the rest of the faithful alone to practice Orthodoxy the way they always did. 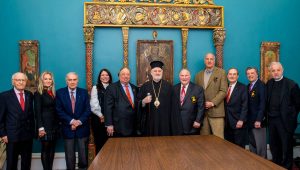 Opening the first meeting of the New Year in prayer and with inspiring introductory remarks by His Eminence Archbishop Elpidophoros of America, the meeting of the Ecumenical Patriarch Bartholomew Foundation for the Sacred See of Saint Andrew met on Saturday, February 6, 2021, via Zoom.

In his opening remarks, His Eminence stated: “I want to offer my deep and abiding gratitude to the Order of Saint Andrew, and particularly to the Archon Commander, Dr. Limberakis, for making this next-generation platform to enhance the work of our Mother Church of Constantinople possible. I know that it has been the dream of His All-Holiness for many years, and the fact that it has come together to honor his Thirtieth Anniversary on the Throne of Saint Chrysostom makes it very special indeed.”

As part of the program to achieve financial independence, the Chair of the Communications Committee, Aphrodite Skeadas, assisted by Archon John Mindala and volunteer George Orfanakos, in coordination with the Development Committee led by Father Alex Karloutsos, is establishing very ambitious and innovative initiatives in support of the various giving programs. The efforts will include print and electronic media and reaching out to the various social networks, all in an effort to maintain the broadest base of supporters among all ministries, organizations and the Faithful to ensure the continued success of the Foundation and secure the financial foundation of the Ecumenical Patriarchate.

In addition to the Order of St. Andrew, under the guidance of Archbishop Elpidophoros of America and the Holy Eparchial Synod, Philoptochos, Leadership 100 and the 800+ parishes of the Greek Orthodox Archdiocese, the Carpatho-Russian Diocese of the USA and the Ukrainian Orthodox Church of the USA will be engaged. A presentation to the Holy Eparchial Synod and the Metropolitans of the GOA will take place at the invitation of the Archbishop, the presiding officer of the Synod. Also, Fr. Karloutsos announced that plans were in formation to hold a Founders’ Dinner on Friday, October 29, 2021 in New York City in conjunction with the visitation of His All-Holiness Ecumenical Patriarch to the United States and the Thyranoixia of St. Nicholas National Shrine.

Although the fundraising effort has not formally been launched, 15 Orthodox faithful have already pledged at least $100,000, payable over 10 years, to become Founding Members of the Bartholomew Foundation, including four new Founding Members: Maria Allwin; Michael and Katherine Johnson; Dr. Gregory and Stellee Papadeas and Theodore J. and Anne Theophilos. They join the other Founding Members, who include the Nicholas J. and Anna K. Bouras Foundation; Thomas and Elizabeth Cappas; John and Margo Catsimatidis; Stephen and Arete Cherpelis; William and Elizabeth Doucas; Drs. Anthony and Maria Limberakis; Dean and Linda Poll; Michael and Robin Psaros; George E. Safiol; Peter and Aphrodite Skeadas; and Steve E. and Frosene Zeis. The Foundation welcomes all levels of giving in the spirit of Christian Stewardship.