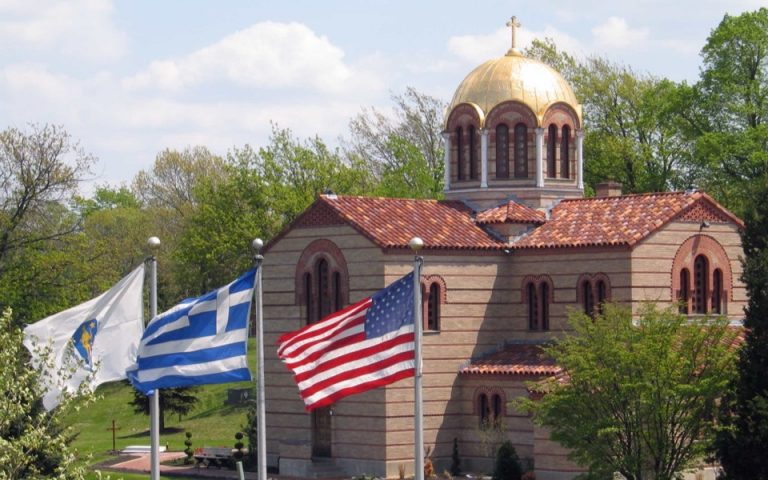 EDITOR’S NOTE (Nick Stamatakis): In a newly published article by our friends at concernedorthodoxchristians.blogspot.com (BELOW) numerous facts and allegations are presented which reveal how decisions are made in Istanbul by the Patriarchate. In all of these cases listed below (and even the most recent one regarding Met. Emmanuel of France who was “gently pushed out” to become a leader of a non-populated Metropolis in Turkey) the common denominator is not real evaluation and related concerns but rather a hidden “give and take”.  In order for these situations to pass as normal events, hypocrisy is used to a degree that both the Byzantine Emperors of the past and the Ottoman Sultans would be jealous of.

Prime example 1: The case of Vissarion who was elected Metropolitan of Spain to cover his sexual scandals in Turkey (I have cross-verified this information independently). It seems that similar considerations have been present with Emmanuel of France and his transfer to the Turkey Metropolis (sources tell us he does not plan to live there)…

Prime Example 2: Karloutsos sent a letter to TNH not as Vicar General but as a priest of the Southampton Church, complaining that Bishop Methodios supports the lawsuit by two fired professors of HCHC.  In the letter, he once again blames others for the mismanagement at the Seminary, while his own brother was in charge for years!!

Nothing phases him ever, a supreme narcissist that he has proven to be… A true leader would assume his share of the blame and try to fix things in the spirit of the Church of Christ.  Karloutsos blindly pursues his personal agendas ignoring any principles and any responsibilities as he mainly aims to two things: Money and power…

Until when? By any measure, his time should be up years ago…

As we are well into the new year of our Lord, there always comes a new opportunity to center our hearts on what is good and right. It was our prayer for 2021 that it would be the year that the immoral and repulsive behavior from our Metropolitans, Ecumenical Patriarch, and all who are blindly obedient to their destructive causes would stop. However, with it being of no surprise to anyone, the scandals just keep on coming.

In the nearly two months since we have offered a publication, have you dear readers been paying attention to the new transgressions that have occurred? Did you notice how the Archdiocese released their “balanced budget” for 2021 over a month after the year has started? Did you take a look at how the line item for “Retired and Unassigned Bishops” doubled from 2020? Did you notice that Father James Paris “resigned” as the Chairman of the Archdiocesan Benefits Committee, and the Archbishop has apparently staged a coup over the Benefits Committee? If you did not hear, the Archbishop seems to have been successful at gaining complete control over the independent committee that controls the clergy benefits.

Maybe your attention over the recent days has been focused on our Mother Church of Constantinople. We certainly agree that the shocking revelations to come from our Mother Church, albeit traumatizing, are of no surprise.

It was brought to our attention that there are new allegations against the newly-elected Metropolitan of Spain. For those who have not been made aware, it has been alleged by multiple high-ranking Metropolitans of the Ecumenical Throne that the Ecumenical Patriarch became aware that the Very Rev. Archimandrite Vissarion was engaging in an affair with a married man. This new allegation supports the rumors that have been floating around for years. The wife of the married man allegedly attempted to extort then-Father Vissarion and the Ecumenical Patriarchate for a large sum of money to stay quiet about the affair. Our blessed Ecumenical Patriarch addressed the alleged scandal by promoting Vissarion as the new Metropolitan of Spain in order for him to have a quick escape out of Istanbul.

This is just another occasion of bad behavior being rewarded under the leadership of the Mother Church of Constantinople. Our most dedicated readers may recall how the Ecumenical Patriarch allegedly received video evidence concerning Archbishop Makarios of Australia engaging in scandalous behavior prior to his election, and ultimately rewarded His Eminence with the Throne for the Archdiocese of Australia. The question certainly must be asked, what scandalous information does Makarios of Australia and Vissarion of Spain have on the Ecumenical Patriarch in order to get rewarded for their alleged bad behaviors?

Now to the most current matter at hand. Our dear readers, we know you spend a great deal of time staying informed and have likely already read the recent National Herald article about how two former professors of Hellenic College Holy Cross Greek Orthodox School of Theology have filed a lawsuit regarding the termination of their employment this past summer when the school officials entered into a phase of financial exigency.

While we have known about this for some time, again, to no one’s surprise, there was another issue that developed because of this lawsuit. Metropolitan Methodios of Boston apparently issued a letter of support to those who filed a lawsuit (before the lawsuit was filed), and since His Eminence holds a position on the Board of Trustees, there is undoubtedly a conflict of interest. However, the real surprise comes not from this article, but from the letter published in The National Herald by Father Alexander Karloutsos attacking Metropolitan Methodios of Boston.

The letter, which can be read in its entirety below, is an insult to all alumni of our beloved School. Specifically, Father Alexander Karloutsos definitively states that HCHC is “the most vital Institution of our Church in America.” We would never know that to be true if we were to simply examine how Father Alex has operated over the past 30+ years during his service in administrative positions in our sacred Archdiocese.  Shall we unpack this letter further?

Why are we hammering this point? Father Alex speaks about “personal agendas” that “overshadow the longterm [sic] health” of our Church, as he actively operates a deceptive personal agenda that has overshadowed the long-term health of our Archdiocese for the past three decades! There is a reason why he is referred to as the Archbishop of America, because he uses the Church to maneuver his personal agenda in the dark shadows!

But Karloutsos should put his money on the words he speaks. When Father Alex speaks about the school being “financially mismanaged for decades by the prior Archdiocesan Administration[s],” almost every reader must be thinking the same thing, which is: YOU HYPOCRITE!!! Father Alex has been a vital player in the Archdiocese for the past three decades. The reason why the School has been mismanaged is because Father Alex misaligned the priorities of the GOA with his personal projects, which has never included our beloved School.

HCHC suffers because Father Alex Karloutsos is in key position of influence within the Archdiocese. We continue to pray that Archbishop Elpidophoros use the brain God gave him and fire Father Alexander Karloutsos immediately!

The recent news of Metropolitan Methodios of Boston endorsing a lawsuit on behalf of an employee (in this case a former professor) against our Holy Cross Seminary reveals an imprudent stance. The School, which had been financially mismanaged for decades by the prior Archdiocesan Administration, needs to be strengthened, not weakened. As much as it was difficult for the School to let certain faculty go, the pressing “financial exigency,” inherited from the past, made it the only responsible choice.

Every alumni of the School should be deeply concerned. When the School has struggled for so long to keep afloat, do we really need personal agendas to overshadow the longterm health of the most vital  Institution of our Church in America?  Let’s work for the future, and leave the past in the past.

Protopresbyter of the Ecumenical Patriarchate

NOTE: Fr. Alexander Karloutsos wrote this letter as a priest of The Kimisis Tis Theotokou Church

Southampton, NY, and not on behalf of the Archdiocese