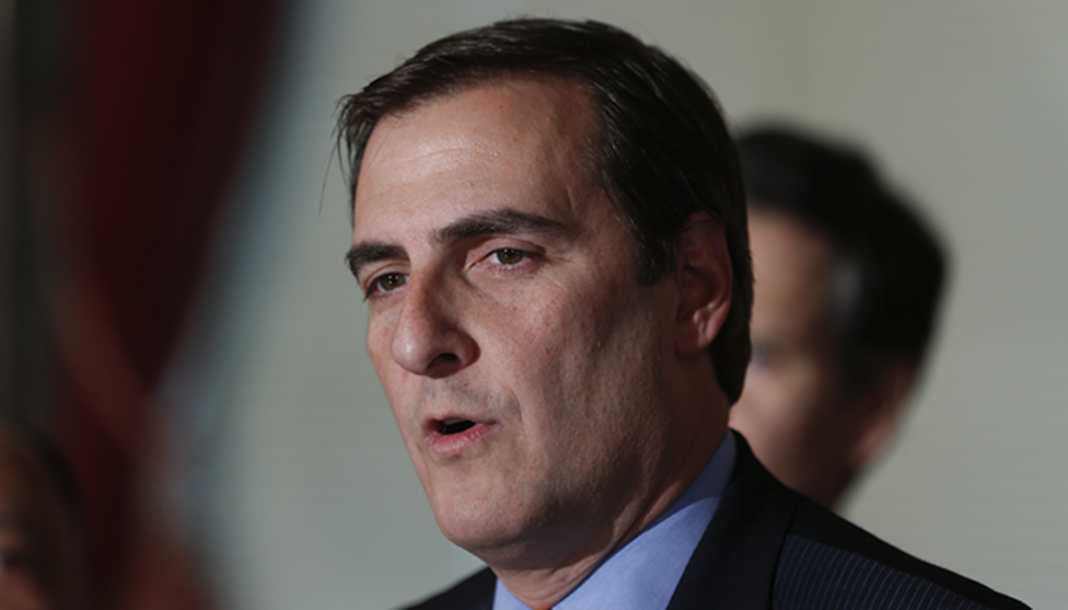 EDITOR’S NOTE (Nick Stamatakis): We have noted many times the total inability of leftist politicians to conceive any practical and realistic measures towards the solution of any problem.  For them, everything starts and ends with government spending. Such is the case of the new bill introduced in the NY State Legislature by Mike Giannaris under which New York State could buy financially distressed office buildings and hotels and convert them into affordable housing for homeless and impoverished New Yorkers (The news at the bottom of this post).  Yes, you heard well, for Giannaris the concept of development is bringing the homeless into previously (pre-pandemic) thriving commercial office buildings!… A similar bill was introduced earlier by the other “wizard” Andrew Cuomo…

First, they destroy the greatest city in the world with their unreasonable lockdowns to the point that over one million wealthy residents and countless businesses fled in horror.  Second, they keep the schools and restaurants closed unnecessarily for a full year.  Third, they raise taxes on the same buildings they now plan to save!!  And finally they “save” them by turning them into “affordable housing” for the homeless and low-income residents!! Mike Giannaris, HAVE YOU LOST YOUR MIND?  Do you know of any serious company that will EVER choose office space next to a homeless shelter?

Yes, we understand that you do not only try to “save” the homeless and the “less fortunate” but also some of the owners of these buildings (at what cost to taxpayers? And at what political benefit to you?) But the way you do that anywhere on earth is by offering tax incentives and a friendly business and social environment.  Do you realize that you are competing with Florida and Texas where there are NO STATE and CITY taxes? Where it is sunny and nice every day and you can walk outside in a pleasant and safe environment? Where schools do not teach communism?

Let me close with a few personal words for Mike Giannaris: Most of us Greek Americans are entrepreneurial-minded and we did not appreciate at all your chasing away big investments in the City in recent years, as for example was Amazon’s in Long Island City.  And almost all of us are faithful Christians and we are disgusted with your support of abortion on the day of birth! We do not want “baby killers” like you and Cuomo in our midst – and your Greek last name will not change our views.  A “baby-killer” for us will always be a “baby-killer” before anything else.  We do not care if you are Greek, you are a “business-killer” and a “baby killer”!!

So please stay away from our community – you are not welcome among us!!

NEW YORK (WCBS 880) — New York state may buy office buildings and hotels that have been struggling during the pandemic and turn them into affordable housing.

Lawmakers are considering a bill that was introduced in the Senate this week. It is similar to a proposal unveiled by Gov. Andrew Cuomo in his “State of the State” address in Albany earlier this year.

The bill, called the “Housing Our Neighbors With Dignity Act,” is sponsored by Queens Democratic Sen. Michael Gianaris.

His proposal requires that any conversion to housing be for affordable units and that it be limited only to commercial buildings that are in distress and up for sale.

“They’re up for sale. Let’s buy them, convert them into affordable housing and put them to use. It’s actually a win-win situation,” Gianaris said.

The bill states, “The state of New York, through the division of housing and community renewal, is empowered to purchase and convert distressed hotels and commercial properties, in cities with a population of 1 million or more, for use as affordable permanent housing that meets standards established to ensure safety, habitability, quality, and access to supportive services as appropriate, to be made available to low-income households and people experiencing homelessness immediately prior to entering such housing. These properties will be managed by appropriate nonprofit organizations, either through transfer of ownership or long-term net lease by the New York governmental entity that acquired the property.”

The senator said his proposal differs from the plan previously laid out by the governor.

“Because it specifically outlines that the units in these buildings that are converted must be used for truly affordable housing for people who were formerly homeless so that we can create a kind of stock we need not just luxury units for the wealthy,” Gianaris said. “This is the kind of help we really need.”

The bill notes “hotel real estate assets shall only include hotels with fewer than 150 units, and those that are located in any borough outside of Manhattan.” It excludes hotels in most of Manhattan.

Both the governor’s and mayor’s offices say they are reviewing the proposal. 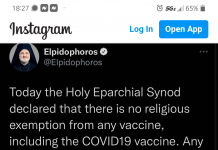 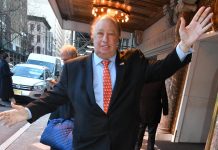 Will Catsimatidis Run As A Democrat for NYC Mayor? 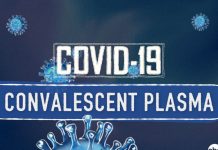