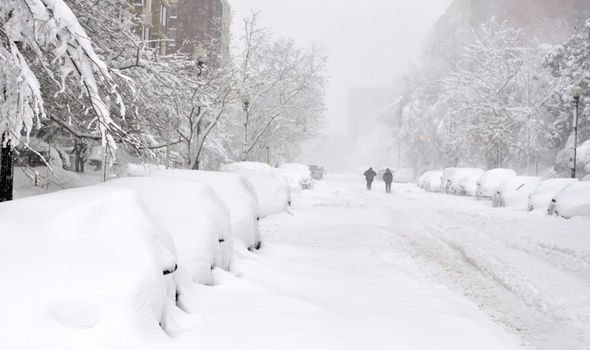 EDITOR’S NOTE (Nick Stamatakis): Truth – and particularly scientific truth – is very stubborn… It does not obey political calculations, it cannot be hidden behind fancy wording, it cannot be bought by any amount of money no matter how big.  Eventually, it comes out on top.  This “reckoning” with the truth has happened many times in the past to the leftists who suddenly in the 1980s and 1990s – after the collapse of communism – became sensitive about “global warming”. When the facts hit them in the face they decided to use different wording: “climate change”.  Now they stay silent when (as it happened this winter) the Great Lakes are covered with ice as never before…  It gradually becomes evident that the Earth is cooling… This fact will reveal the motives of all those who are using fake science to hide their true goals: Total control of humanity.  Unfortunately, among those, we can count the Pope and the Constantinople Patriarchate (Link here to our previous article about the Halki Summit).  There will be no place to hide when the new bogus “science” unravels…

Throughout the midsection of the United States in February, record frigid temperatures were inconvenient for those politicians who call global warming an “existential threat.”

Global warming is already here, we are told. However, it didn’t feel like it if you lived in Bismarck, North Dakota, where temperatures fell to decades-low numbers, or in Chicago, Oklahoma City, Dallas or Houston. San Antonio had snow for the first time in recent memory.

The environmental apocalyptics say this doesn’t prove anything about what is happening with the planet’s climate. And you know what? They are 100% correct.

But last summer, when hundreds of thousands of acres burned in California, that event was prima-facie evidence of global warming, and if you challenged that premise, you faced ridicule as a “denier.”

About 10 years ago, when Barack Obama was president, his scientists put out a silly report on climate change, showing that the Great Lakes’ ice coverage had fallen to its lowest level in several decades. It was evidence of a warming planet. But the year after the report came out, we had a frigid winter in the Midwest, and the ice cover was abnormally high. This year, we are again experiencing high ice levels on the Great Lakes with the polar vortex.

Whoops. Again, this proves nothing, but the environmentalists made the point in the first place. OK, what’s the following argument?

One of the climate change movement’s ironies is that it talks obsessively about science and the “scientific consensus.” Still, collectively, the adherents suffer from one of the most common scientific reasoning flaws: confirmation bias. This happens when you point to anything supporting a hypothesis as evidence and discount anything contradicting the theory as an outlier. Ice melting means global warming. Ice forming is a natural, expected winter occurrence.

Here is a classic example from The New York Times, which tries to ridicule anyone who would point to the cold weather as a contradiction to the global apocalypse narrative: “Those who deny climate science love to declare that there’s no such thing as climate change whenever the weather turns cold.”

Wrong. The left declares that there is climate change anytime the weather turns warm or there are forest fires such as those last summer.

Here’s another non sequitur from the big green movement, also reported by The New York Times: “In the United States, we’re seeing longer wildfire seasons because of hotter, drier conditions, and our hurricanes are becoming more destructive in several ways, including flooding and storm surge. … We’ve always had floods, fires and storms, but climate change adds oomph to many weather events.”

Is there more “oomph” from severe weather events now than in the past? Generally, no. The historical evidence shows 1) there are no more severe events than there were 50 years ago or 100 years ago (the period for which we have reliable data) and 2) the percentage of people in the world who die from extreme weather events, such as monsoons, forest fires, high temperatures, frigid winters, hurricanes and tornadoes, has been consistently falling for at least a century and is lower today than any time in human history.

There are many reasons for this. First, we have better warning systems for severe weather events. Second, we are better prepared with superior building codes and more weather-resistant materials. And third, technology and human know-how make us better prepared to deal with the “fires next time.” We learn and we adapt from the vicissitudes of Mother Nature.

It explains why, even though storms may be getting more destructive and we hear constant warnings of rising sea levels, people are paying higher prices than ever before for beachfront properties in states such as Florida, South Carolina, Virginia and California.

It may sound, to borrow a word from The New York Times, “counterintuitive,” but these are the rock-solid facts.

Stephen Moore is co-founder of the Committee to Unleash Prosperity and a member of President Trump’s Economic Recovery Task Force.