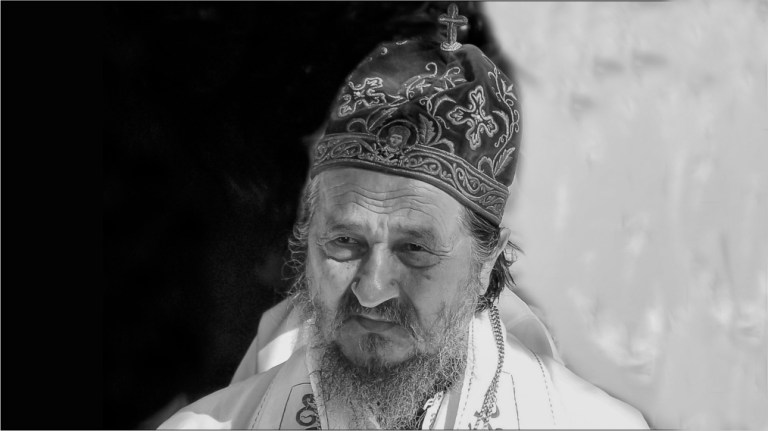 Late Bishop Atanasije Jevtić of Zahumlje and Herzegovina fell asleep in the Lord after being treated in the hospital for several days.

The bishop’s health condition had deteriorated in recent days, while he was in the hospital in a critical condition.
Despite the care he received from the medical team of the PHI Trebinje hospital, the Bishop passed away.
Atanasije Jevtić was born on the 8th of January 1938 and was a Serbian Orthodox clergyman.

Atanasije was for a long time a professor and dean at the Orthodox Theological Faculty of the University of Belgrade. He has been considered a leading expert in “Patrology” and has written a number of books on the subject.

Together with the blessed Metropolitan Amfilohije of Montenegro, he translated the Deuterocanonical Books of the Old Testament into Serbian.

Bishop Atanasije Jevtić has been considered a very important and prestigious figure of Orthodoxy within the Orthodox world. He was loved and respected not only in Serbia but in all Orthodox countries.

He became involved in the cultural movements of the country, with his open speeches, excellent knowledge of theological and philosophical thought and his erudition and versatility, he gained great sympathy and support – especially from youth.

During the civil war, he helped the people, the army, orphans, refugees, the wounded and other needy people and the suffering in many ways, restoring the Orthodox faith in Herzegovina through mass baptism and communion.

He was a participant in many domestic and international scientific gatherings in the field of church history, theology, philosophy and Christian culture. At the same time, he collaborated in many church and secular publications at home and abroad.

Bishop Atanasije has published many translations from Ancient Greek, Ancient Slavonic, Hebrew, French, Russian and other languages. His theological, anthropological, patrological, church-historical works go into all periods of the Church’s history and cover almost all the important issues of Orthodox biblical theology.

After the fall of communism in Yugoslavia, he actively worked to strengthen the Orthodox faith among people.

Because he never agreed to compromises, Bishop Atanasije was often in conflict with the authorities, both secular and church. He was not a politician in a cassock, but a fiery orator. His spoken words are feared by everyone, even by himself, as one journalist said in 1999.

He was one of St. Justin Popovic’s spiritual children.