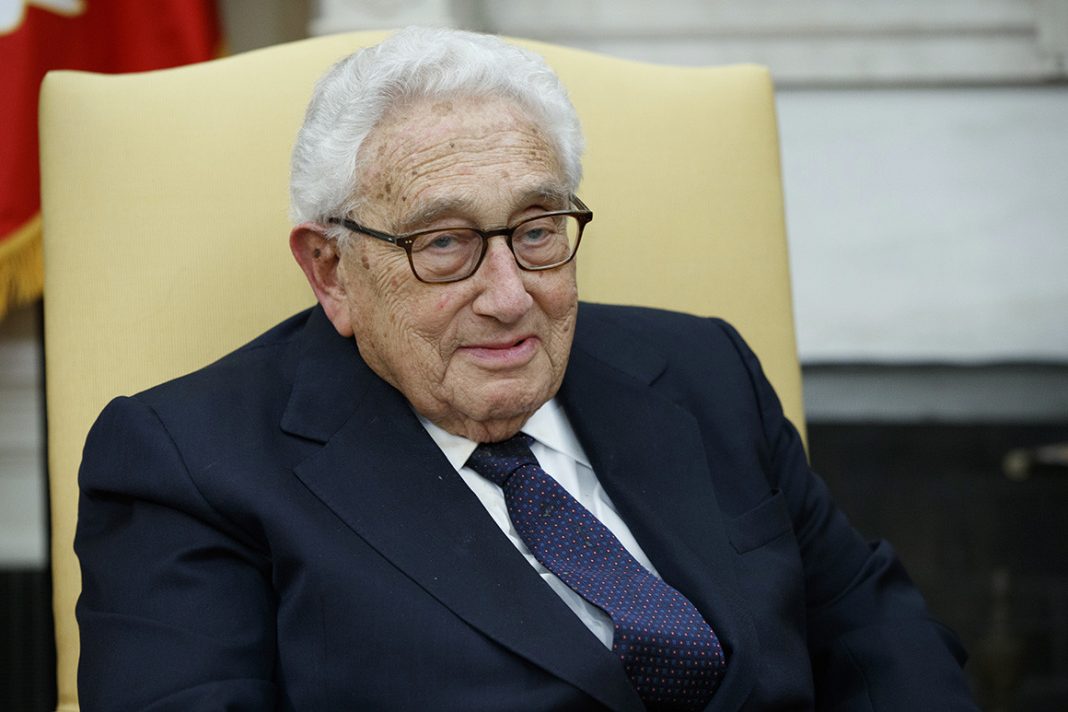 “I think that one of the great successes of the previous administration was … they had achieved two things in the Middle East,” Kissinger said Tuesday in a speech. “One, to separate the Palestinian problem from all of the other problems so that it did not become a veto over everything else.

“Secondly, of lining up the Sunni states in actual or potential combination against the Shiite states, which is Iran, that was developing a capacity to threaten them,” he continued.

“I think that this was a brilliant concept,” Kissinger also said. “We were just at the beginning of it.”

Kissinger gave a speech about his role in the transition from the Johnson to the Nixon administration at the Nixon Seminar, a monthly talk about conservative foreign policy.

He also said: “So, in the current situation, it is important that we don’t slip into diluting this pattern that has been created and which … at an appropriate moment can even lead to discussions with Iran. We should not give up the pressures that exist on Iran until we know where they are heading.”

Kissinger continued” “And I think that is something that we need to consider carefully with current period. If we break out the Iranian issue from the overall Middle Eastern issue, we run the risk of losing the two achievements namely of separating the Palestinian issue, which removes it as a veto over everything else and the Sunni cooperation with Israel, which is unique in its openness. So, that is how I would handle that.”

Read also:
Israel Hoping to Start a War With Iran Before US Elections