EDITOR’S NOTE (Nick Stamatakis): The news from Constantinople (below from romfea.gr in Greek) is clear.  “The Ecumenical Patriarchate was visited on Tuesday, March 9, 2021, by the newly appointed Ambassador of the Turkish Republic to the USA, Ex. Mr. Hasan Murat Mercan. His Excellency Mr. Mercan, who was accompanied by Honorable Mr. Ender Saritekin, Head of the Sub-Directorate for America, of the Ministry of Foreign Affairs of Turkey, was received by His All Holiness the Ecumenical Patriarch Mr. Bartholomew, and had the opportunity to discuss extensively issues concerning the Ecumenical Patriarchate and its ministry at home, but also around the world, as well as the presence of Orthodoxy in the United States and the multidimensional work of the Holy Archdiocese of America”…

I will never get tired of reminding our readers of the consequences of the above for our community.  For example, we should plan to fully recognize the Greek Genocides by the Ottoman Turks in the early 20th century.  Hundreds of thousands of our grandparents and great-grandparents were among the victims.  I personally grew up in a neighborhood of Pireaus built exclusively by Asia Minor refugees – victims of the Turks. In addition, the Armenian and the Greek Genocides were successfully performed thanks to the help the Germans gave to the Turks; the Armenian and Greek Genocides were the rehearsal for the Holocaust.  WE CANNOT FORGET THESE CRIMES AGAINST OUR ANCESTORS!!  Two years ago we managed to include a partial recognition of the Greek Genocides in the historic House Resolution for the Armenian Genocide. But this is not enough: We have to recognize these crimes against humanity separately – so as to have the appropriate legal consequences.  Especially now that Erdogan’s Turkey reclaims its “glorious” Ottoman past: Part of this “glorious” past has to do with the Armenian and Greek genocides!!

What do you think will be the position of Pat. Bartholomew and AB Elpidophoros on the issue? Let me answer: “I’m sorry, but we are being blackmailed by the bad Turks…” Don’t you think that this is part of what was discussed at the meeting with the new Turkish ambassador to DC? Don’t you think that the number one demand of the new ambassador to the Patriarch would be to keep the Greek Community divided and as sleepy as possible? Probably under the cover of “peaceful coexistence” of the two nations?  The peaceful coexistence of the victims with the assailants?

I ask rhetorically: “What do you think the US Jewish community would do if its ‘Chief Rabbi’ was blackmailed by Tehran in any minor way?” Chief Rabbi would have been replaced within hours (I do not take an oath there is such an office or title) or he would have left a symbolic office in Tehran and established a headquarters in Israel or Switzerland. Or, the Jewish and Jewish-American leadership would have found another suitable solution: if they were in our situation, THEY WOULD MAKE THE CHURCH OF AMERICA AUTONOMOUS (perhaps according to the model of the Autonomous Church of Crete) SO THAT THE CONFLICTS OF INTEREST BE RESOLVED.  This is exactly what a selfless and patriotic Patriarch would do without us even asking him.  He would not force his strongest group of Orthodox faithful, the Church of America, to suffer such a schizophrenic dilemma, to have to submit to the Turkish authorities their just requests for recognition of past Ottoman crimes – and I have not even brought up the Cyprus Question and the territorial disputes in the Mediterranean… A good Patriarch would NEVER turn himself and the Archbishop of America into an instrument of Turkish diplomacy… Here is the schizophrenia of the century: AB Elpidophoros declares himself the “lobbyist” of the Greek-American community (as he did just a few months ago) at the same time as he coordinates and negotiates with the Turkish foreign ministry.  After all, he is a Turkish citizen!!

THIS IS ONLY ONE OF THE MANY REASONS WHY THE CHURCH OF AMERICA SHOULD BE AUTONOMOUS. WE WILL BE DISCUSSING THE REST ONE BY ONE AND WE WILL FIGHT UNTIL THIS GOAL IS ACHIEVED. 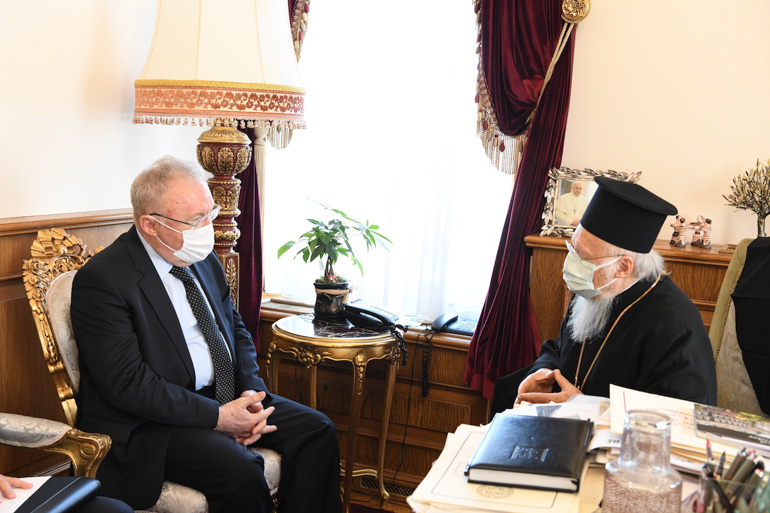 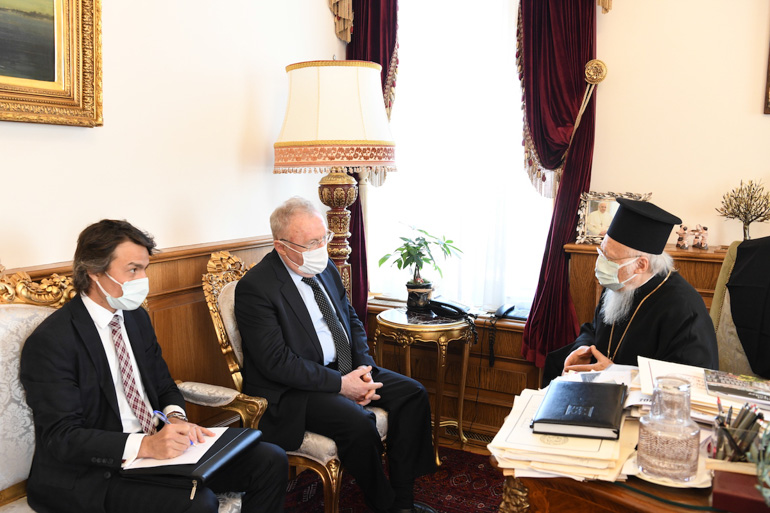 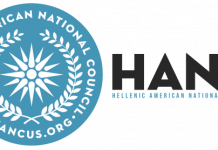 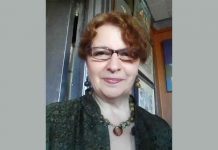 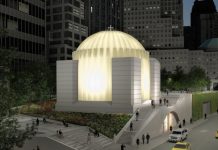 Where Are the Flag Poles At St. Nicholas In Ground Zero? (UPDATED – APR 9)