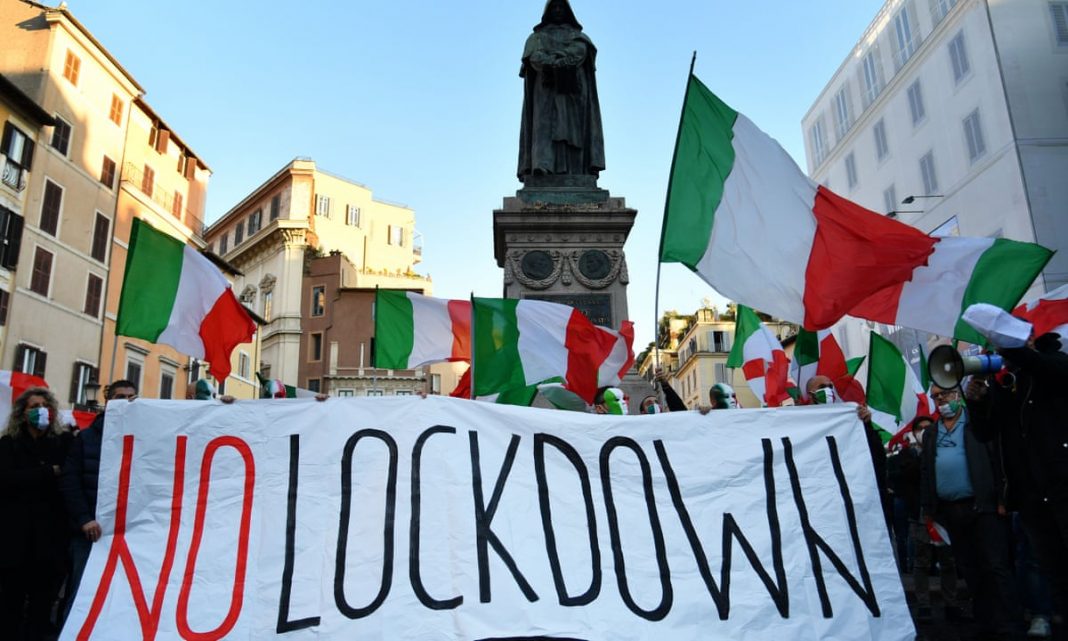 EDITOR’S NOTE (Nick Stamatakis): No matter how hard the mainstream media and the social media tried to suppress the news, the wave of anti-lockdown protests around the world yesterday was so massive that in the end it came out and the news is now all over the place. In effect, the ones to blame for the protests are the establishment “scientists”, who were ridiculed by their own actions. Science tells us that lockdowns do not have an impact on the virus spread (except for maybe the first 2-3 weeks when they allowed an assessment of the situation), yet  they kept insisting on the opposite.  The “top scientist” Dr. Fauci kept insisting this week on wearing 2 masks (!!) even after he was vaccinated – and now he is the butt of jokes… Are we wrong to suspect that he is on some payroll – other than the government’s and he does not serve the best interests of the people?

March 20th, 2021 has been a Worldwide Freedom March which of course the US Media IS CALLING as “far-right”or “MAGA” or “QAnon” related. The US press is so anti-Constitution or human rights they call anyone who disagrees with lockdowns as an “extremist” who they imply really should be imprisoned for daring to disagree with them. In London, where they cannot blame Trump, somewhere between 50,000 and 100,000 people came out without masks to peacefully protest. Others who have been charged criminally for just protesting and £10,000 fines imposed, have had even their PayPal accounts closed to prevent others from trying to even donate money to help them. This is just ruthless behavior and any journalist who puts out this propaganda is no different than those who worked for Lenin during the Russian Revolution.

Meanwhile, YouTube is hard at work at removing all videos that show peaceful protests around the world. Those in mainstream media have really become the enemy of freedom and the people. There were no links to QAnon worldwide. They just make this stuff up. The anti-Trump propaganda continues. Even in a local election for a Mayor, the Tampa Times called the Republican “a Trump Supporter” illustrating that there is no possible way Biden stands for unity. The only choice will end up with outright violence which is what our computer has been projecting for years.

The term “Black Friday” was not a reference to shopping. It was the Panic of 1869 when gold rallied to $162.50 an ounce and if you had deposited in the bank a $20 gold piece into your account and you when to withdraw it, the bankers refused to give you gold coins and handed you a $20 bill instead. The protests began with dragging bankers out to the street and hanging them. They had to send in the military to restore order. This is precisely what these politicians and the journalists are exposing themselves to. This suppression for Klau Schwab’s Great Reset will fail and the rising protests will result in blood in the streets. You cannot offer Guaranteed Basic Income to convince people to just stay home after they have lost everything.

In France, Macron has just announced a new lockdown of the capital. We have to eventually ask, just how far are these politicians willing to go to implement Schwab’s Great Reset? The Guardian Did not even mention that there was a worldwide protest showing that they have crossed over to the other side of outright tyranny. In Germany, DW.com reported that there were protests while infections are rising, never nothing to truthfully report that this is no more lethal than the flu. In Sweden, they reported that the protests would be violent, but were not. 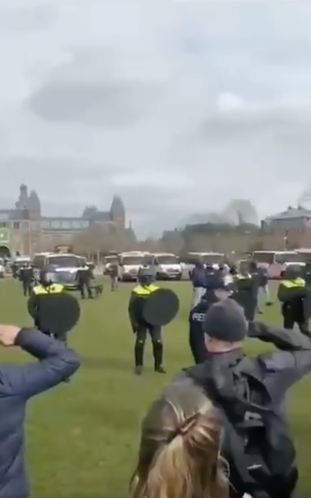 In Amsterdam, the Military veterans joined and formed a line to protect the people from the aggressive police. I support they instructed by Trump or AQnon as well. This Worldwide

In Australia, they painted protesters claiming COVID does not exist in an attempt to paint all protesters are stupid and people should just submit. The turnout in Berlin was huge! Other protests taking place today included rallies around the world even in Bucharest, and all behind the old Iron Curtain, down to South Africa  Cape Town.

The count worldwide is many millions of people are out protesting around the globe. Resistance is NOT FUTILE as these people slowing realize that this is a deliberate effort to alter the economy. You cannot “Build Back Better” unless you first destroy it!