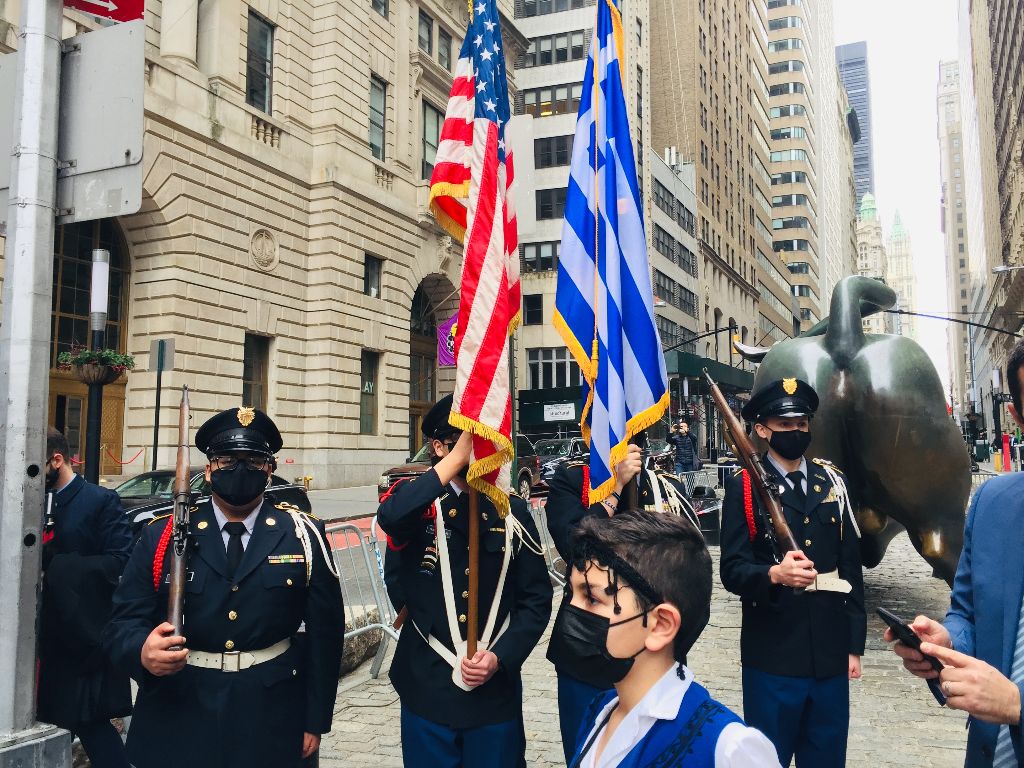 EDITOR’S NOTE (Nick Stamatakis): Twenty-Five years ago, at the initiative of the current President of the Panlaconian Federation of USA & Canada, Mr. Theodore Pavlakos, the Federation of Hellenic Societies of NY got approval to raise a flag pole at one of the most symbolic parts of the City, just a few meters from the famous Wall Street Bull.  This is where all celebrations for Greek Independence Day start every year (the flag pole is used by other communities of New York at their celebrations).  Mr. Pavalakos marked this momentous event by referring to the very laconic writing he used on the flag pole plaque (which can be seen at one of the photos below (behind AB Elpidophoros below).  Says the plaque:

“55 feet flag pole donated to the City of New York by the Federation of Hellenic Societies of Greater New Yor on behalf of the Greek American Community in celebration of the 175th Anniversary of Greek Independence and the 100th Anniversary of the Modern Olympic Games which originated in Greece.  March 28, 1996, Bowling Green.”

BELOW: AB Elpidophoros at yesterday’s ceremony at Bowling Green.  On the far right Mr.Pavlakos and next to him Mr.Cleanthis Meimaroglou, current President of the Federation of Hellenic Societies of NY. 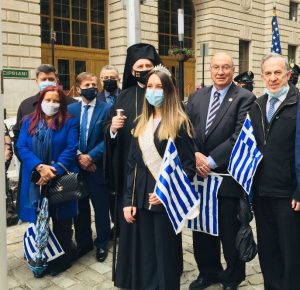 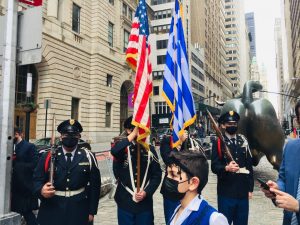 BELOW: AB Elpidophoros is addressing the gathering.  The dedicated plague is visible on the pole just behind him. 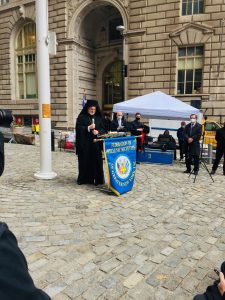 BELOW: Dr. Sam Chekwas, who has adopted Greece as his second mother country… Yes, he is from Nigeria – Yiannis Antetokoumpo comes second for once… 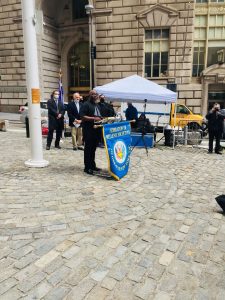