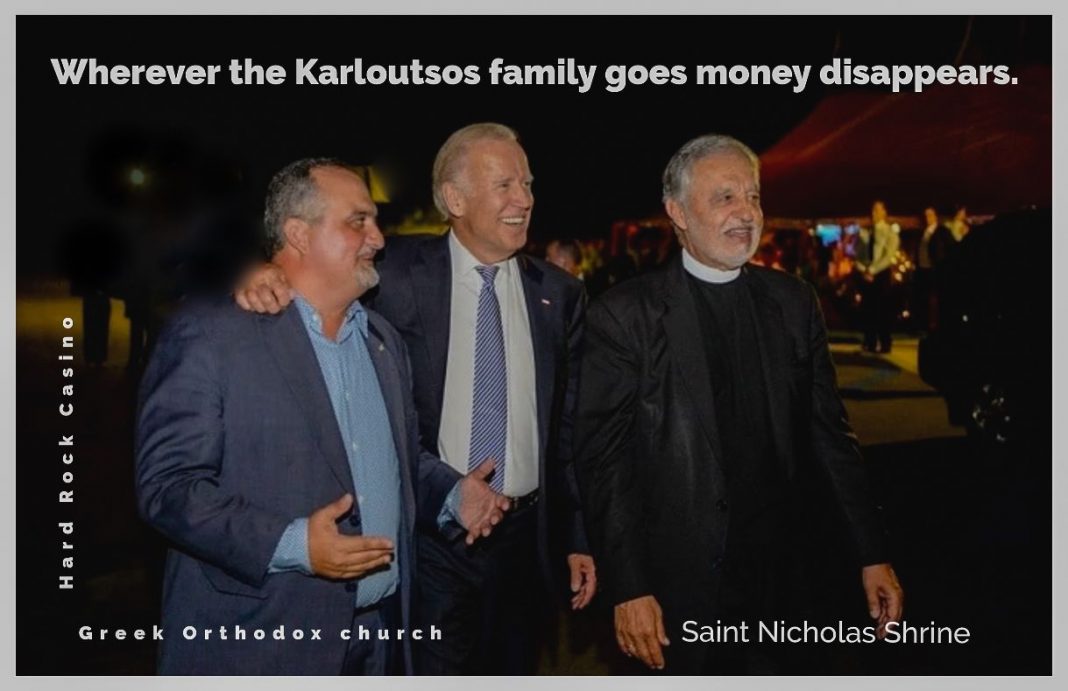 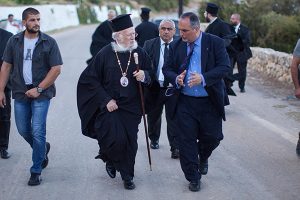 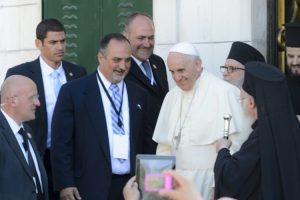 For a while, I was contemplating what may be the real reasons for Karloutsos’ announcement of retirement from active ministry.  In our original post last week, which was referred to by several websites internationally, I noted the big BUT in the wording of his announcement: He will not retire from “the Foundations” where all the money is “for a brief period” which in our “everything remotely” world can be a much longer period… Oh, no, it’s impossible to separate Karloutsos from money… Did he say anything about not continuing to make his “fundraising fee”?  No, he did not – and his silence says it all…

Also, he did not mention anything about his “gigs” at the Stony Brook Board of Trustees and as the Chaplain of the Port Authority.  Is the latter a “ministry” position?  Of course not… It’s a sinecure and everybody knows it…  So, let’s be clear: When it comes to money-making Karloutsos will not retire…

After all, he needs the money, he really does. Much of the family depends on his income and especially Mike’s family with the four kids.  The legal fees to take care of Mike’s troubles will be shooting higher and higher as more legal action is in the works.  Just last Monday, March 29, legal papers were filed in Philadelphia and Massachusetts regarding Mike’s involvement in the conspiracy scandal with the Greek medical marijuana scheme (you can see them at the end of this post).

Yes, he is “needed” to make sure that Bartholomew’s visit to the US this fall will be “financially successful”.  But when was the last time Karloutsos’s projects were financially successful? Maybe when he and Mike assumed the organization of the 2016 Panorthodox Synod in Crete, maybe then they left a surplus?  No, they left a gaping deficit… And let me not start again with St.Nicholas at Ground Zero: No matter how much they try to blame AB Demetrios, the huge deficit was mostly Karloutsos’s fault. How about his unaccounted “fundraising fees”?  The moral damage, the damage of any credibility is so big that just last week GOA sent desperate calls to all the Philoptochos Societies around the country to ask for donations of a few hundred dollars each “to finish St.Nicholas”… Where is Karloutsos, the “spiritual leader” of the Friends of St.Nicholas”, to collect the supposedly pledged donations?  Why are the donors hesitant? A few explanations come to mind and none is good… 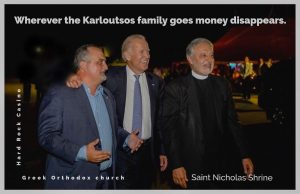 There are certainly many “positive” effects of Karloutsos’ retirement, besides the inauguration of a new era for GOA.  From a legal point of view, the disassociation of his name from any prospective financial liability of GOA may be beneficial for the GOA. But this does not mean that he, personally, is “off the hook”.  He cannot be “off the hook” because, as the legal proceedings unfold, it will likely become evident that he had been guiding from the background, aiding, and in many other ways facilitating and expediting Mike’s “failed business adventures” with the so many liabilities.

For example, in the well-known case of the “Waterworks” restaurant in Philadelphia, it is known that Mike’s brother-in-law assumed all blame for the tax evasion schemes. He was the one faking receipts and “cooking the books”; But miraculously, Mike came out squeaky clean, while his brother-in-law- spent a year and a half in jail… What was “daddy Karloutsos'” role in this?  Didn’t he do everything possible to preserve the “family name”? You bet he did… (For a narration of the Philadelphia story link here or take a look at the complaint at the bottom of this post).

Similar considerations may be going on now.  This time the opponent (Gabriel Chaleplis of One World LLC) is financially very “liquid” and will pursue the case to the end.  Already, several “lis pendens” (legal claims on real estate upon filing a lawsuit).  Chaleplis seems determined to recover his money and his lawyers are halfway to the goal already.  Some of the defendants have bought real estate in Boston and Virginia (read the complaint below).  Mike alone bought his McLean, Virginia house in 2018 for $1,270,000!!  At around the same time, when he got the position at the State Dept., he declared to the Federal Government income of just $50,000!!  How can you buy such an expensive home with an income that qualifies for government assistance?

The above my friends, explain not only Karloutsos’ “retirement” but also Mike’s move to Florida to a great extend: “In anticipation of bankruptcy”, a lawyer would say… With the same considerations, O.J.Simpson moved to Florida… Because Florida laws are very favorable to those declaring bankruptcy… Meanwhile, Mike is tweeting daily FBI investigations… Are you serious? How sick is that? 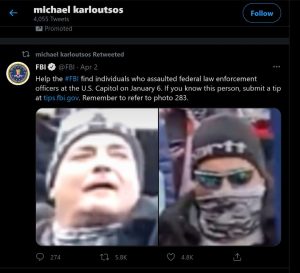 FBI should reconsider his diploma from The “FBI Citizens Academy”…  Not only that, but he is rumored to be circling around ministers in Greece, this time for a new casino in Gournes, Iraklion, Crete… He is now peddling the family’s “Biden connection” the Greek post says… Some habits never change…

TO VIEW THE TWO RECENTLY FILED LEGAL DOCUMENTS LINK BELOW: