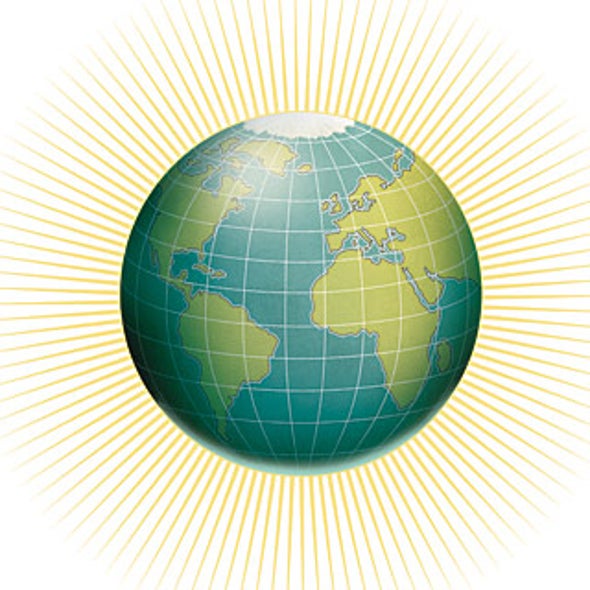 As a 25-year Allied, member of ASID (American Society of Interior Designers), I have received many emails and articles written by board members, past and current presidents, and other professionals espousing the virtues of “sustainability”, ‘green washing’, ‘energy conservation’, “global warming”, and ‘off gassing’ etc., and the ‘implications’ thereof in my profession.

Like many non-profit and for-profit organizations, ASID offers live seminars, online pre-recorded videos, or live zoom courses for members to obtain the necessary credits for maintaining professional licensing compliance both at the state level and nationally for the right to use the appellation “ASID”, by purchasing and maintaining an annual membership.  Like many professional organizations, you have to go through a lengthy membership vetting and application process which requires specific educational degrees, a monitored competency and proficiency examination with ‘X’ number years’ working experience, and professional industry references in order to qualify for membership consideration and acceptance.

Credits required annually/bi-annually to remain in ‘good standing’ are available by taking a variety of courses which are big money makers for ASID and the many businesses established by ‘educators’ which cost money to “keep us informed” on the many aspects of the industry of Interior Design, its impact on the “health, safety and welfare” of the public in how we approach and implement our designs and the materials and products we select and laboriously cull through before even presenting the litany of options to our clients for consideration.  Sounds noble and just, right?

While many courses are generally informative, there hasn’t really been anything ‘new’ taught in the last several years most of us haven’t already taken for additional educational value or information that can’t be obtained from reading or engaging in conversation with other professional peers or contractors with whom we consult and work with on various projects daily.

Most importantly, I have reached a point in my career where I no longer want my membership fees subsidizing a perpetual PAC which continues to lobby the misguided efforts, viewpoints, and beliefs that have been used to propagate, manipulate and indoctrinate not only our youth but also shame or guilt adults on the ‘virtues’ of a ‘sustainability’ myth.

In late 2020, with long careful consideration, I decided not to renew my 2021, ASID membership partly due to the fact that I practice residential interior design and not commercial interior design, but also because I’ve never bought into the myth as best described below by Rush Limbaugh.

Our heavenly Maker has blessed all of us with life in this short temporal world.  Every living creature, creation, mineral, and riches in this universe available and we discover, coupled with the many giftings HE has bestowed upon each and every one of us individually, HE created for us ‘to use, eat or invent’ in order to sustain our lives and prosper as HIS disciples.  As good stewards, we are called to make choices daily.  Hopefully, our choices are more righteously aligned with our Creator than not.  God wants everyone to prosper, but do we all really benefit from these ‘virtuous’ man-made edicts forced upon us unwillingly?  The impact of “sustainability” has wide, far-reaching implications some of which are unintended, most of which are intentional in purpose with much calculated and thoughtful consideration, motivated by power and greed to which the end will always justify the means by the never-ending legal edicts called governmental regulations.  The effects of such idiocy affect all of us not only personally and emotionally but financially.

Consider this quote from Charles Lipson, on March 4, in the WSJ:

“Equality means equal treatment, unbiased competition, and impartially judged outcomes. Equity means equal outcomes, achieved if necessary, by unequal treatment, biased competition, and preferential judging. Those who push for equity have hidden these differences for a reason. They aren’t merely unpopular; they challenge America’s bedrock principle that people should be treated equally and judged as individuals, not as members of groups.”

The same applies to “Sustainability”.  The insane EPA rules limiting the effectiveness of appliances rendering most appliances, HVAC systems, lithium battery-operated electric vehicles (which are governmental pork subsidies), and many other things tested under the guise of “fuel efficiency” and ‘energy star ratings’ worthless.  The only lives these rules enrich are the pockets of the bureaucrats who dream them up, and the Chinese economy whose manufactures produce the goods.

Equality or equity?  You decide.

A Limbaugh Deconstruction of the Liberal Buzzword “Sustainability”

TODD: The left is better than Republicans at a thing called “the brand hanger.” This is where you take a known item, and you wrap yourself around it. It’s a Madison Avenue thing. So, they’ll take a word like “justice,” and it’s meaningless the way they say it, but it’s such a beautiful word. Just a little trick. When people speak of justice, say, “I’m sorry. For whom?”

It won’t change the mind of a cultist on the left, but it can get other people around you thinking, “Yeah, but justice for whom?” They’ve done this with the word “sustainability,” and it’s a magic word to them, and it should surprise none of us that it was Rush who found this one single word — it’s a key leftists use, and they’re shills — to manipulate the emotions of all too many Millennials.

RUSH: Now, this stuff, you know, I have been concerned. I love America! I want it to continue to be the greatest place on earth. I want everybody in this country to be able to maximize the opportunity that liberty and freedom give them. And it’s liberty and freedom that are under assault by these people that are demanding conformity, in speech, in behavior, demanding conformity in acceptance.

And we see it manifesting itself. It’s the climate change left that is keeping people poor. Let’s take an imaginary African country. Let’s call it San Cordoba. And San Cordoba has a per capita income of $14 a week. And the people that live there are in absolute poverty, and their government is a tyranny. They’ve got some general that’s the president and the commandante or whatever, and the people just have nothing.

And so the means of a rising standard of living and a country coming out of poverty will be unavailable to them because powerful forces, the UN will be in there demanding that San Cordoba — because they’re trying to phase out fossil fuels. Have you seen all these automobile manufacturers now promising — who was it, Aston Martin said by 2030 or 2040 they won’t have any more internal combustion engine cars, and that caused an avalanche of other companies announcing the same thing.

The market may be there for them someday, but the market isn’t there. It’s being forced on us under the belief that the internal combustion engine is destroying the climate and thus destroying the world. And that leads to Stephen Hawking and these other clowns saying we gotta abandon earth if we’re gonna survive, we gotta colonize and asteroid or Mars.

Folks, we aren’t close to even go back to the Moon, much less going to Mars and colonizing! We’re not even close to this! But kids are being educated with this. It’s being inculcated, it’s being forced into them, and they all believe this stuff. And it’s gonna have to an impact as they grow older. I mean, some of the things they are being taught actually is near criminal.

The internal combustion engine and the discovery and market uses of petroleum products, the free flow of oil at market prices has been the difference maker. We have done a better job of any nation in the world cleaning up our messes in terms of our pollution and so forth. And to tell people that this, the primary fuel and engine of prosperity is a culprit in destroying the planet is near criminal, but it continues apace.

So these kids grow up and then they go to college and they get degrees in PR or marketing, advertising, and then they get hired. And you get a story like this. This is from the BusinessInsider.com. It’s out of London. “M&M’s Are Going to Promote Wind Power in a New TV Ad Campaign — Chocolate brand M&M’s will promote wind power in a global advertising campaign set to run later this year and into 2018.” Hang on. “Chocolate and pet food giant Mars Inc.” they own M&M’s “this week announced a $1 billion” wait for it, here’s the word: “sustainability.”

“A $1 billion sustainability drive aiming to do its bit to tackle climate change.” So what’s happened here, a bunch of indoctrinated Millennials now working at an advertising agency somewhere and maybe at Mars, have grown up and they’ve been taught this stuff, and now they’re implementing it into their day-to-day work. And we wonder why more conservative messages can’t break through.

The conservative message of self-reliance and rugged individualism and be the best you can be, you know, the old standby recipe for success, that’s laughed at and mocked now. Sustainability is the dog whistle. When you see the word “sustainability,” understand it is — here I go with the cliche again — but it’s liberalism behind it. And liberalism is not good, folks.

TODD: No, it’s not. In fact, it’s really hard. In fact, Keith and some of the EIB folks were talking about this earlier. It’s hard to fight feelings.