Prince Philip, born on the Greek island of Corfu, died today at age 99.

“It is with deep sorrow that Her Majesty The Queen has announced the death of her beloved husband, His Royal Highness The Prince Philip, Duke of Edinburgh,” the Royal Family announced from their official Twitter account.

“His Royal Highness passed away peacefully this morning at Windsor Castle,” the announcement added.

Taken from a new book by veteran Royal watcher Ian Lloyd, The Duke: 100 Chapters In The Life Of Prince Philip, the list unearths some interesting particulars pertaining to the Greek background of the Prince and his Greek connections.

3. Philip was the fifth child of Princess Alice, 36. Her doctor thought it more expedient for her to give birth on the Mon Repos villa dining room table rather than in her bed, Lloyd reveals.

4. Philip’s father Prince Andrew was the son of King George I of Greece.

6. Although born in Greece, Prince Philip’s family was exiled from the country when he was an infant after his uncle, the King Constantine, was forced to abdicate after Greece the loss of the Greco-Turkish War of 1919–1922.

Philip’s father, who was working in the army at the time, was accused of treason and banished, fleeing to Paris with his family.

7. An aunt, Princess George of Greece, documented a list of her willing extramarital sexual partners in unpublished memoirs, The Men I Have Loved.

She believed the closer the clitoris to the vagina, the more chance a woman has of achieving an orgasm – and had her own clitoris surgically shifted in that direction.

She was later reportedly diagnosed with schizophrenia was confined to a sanatorium in Switzerland. 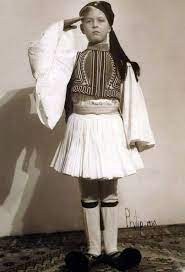 10. The first time Elizabeth, then eight, and Philip, 13, saw each other was at the wedding of her uncle, the Duke of Kent, to Philip’s cousin Princess Marina of Greece, on November 29, 1934.

11. Philip signed himself with the Greek ‘P’ 13. The first Christmas card that Prince Philip ever sent to the then Princess Elizabeth, now Queen Elizabeth II and his wife of 74 years, he sent from Athens in 1939.

14. On his wedding day, November 20, 1947, Philip wore his naval uniform with the stars of the Order of the Garter and the Greek Order of the Redeemer.