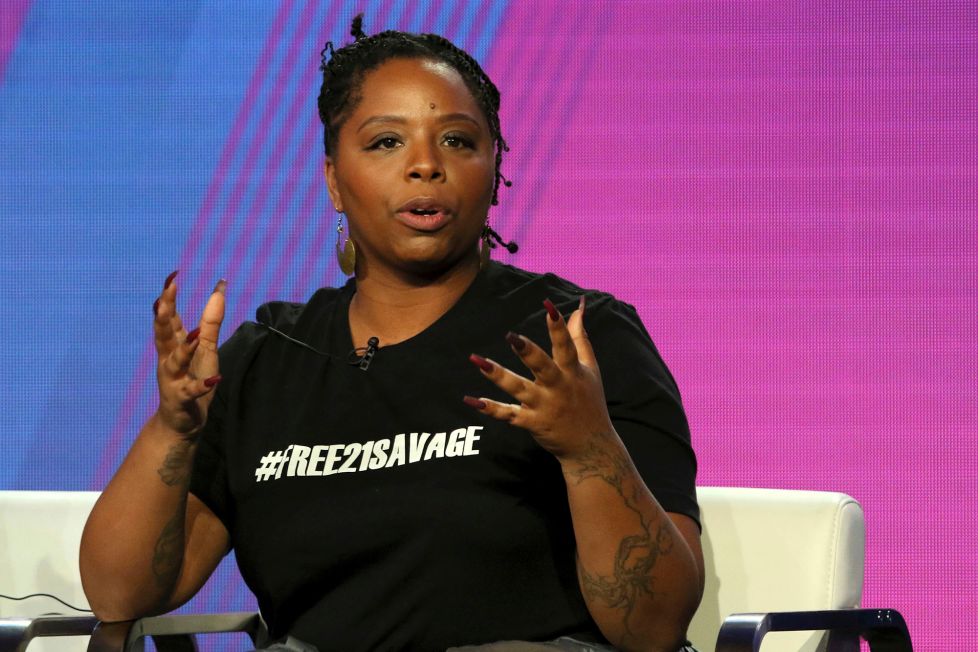 EDITOR’S NOTE (Nick Stamatakis): AB Elpidophoros had been very talkative about his support for Black Lives Matter last year.  Since then, he expressed support for “social justice” several times; this is a concept so ill-conceived and ill-defined that we would need a whole dissertation to analyze… “Social justice” has come to mean that you take money from the productive people in a society and you give it to the less productive or rather to the unproductive (and please you “smart ones” do not confuse it with “social services” for the less fortunate because it has nothing to do with “fortune” – this is outright criminal behavior…)

“Social Justice” in essence is the confiscation of taxpayers’ or corporations’ money for the benefit of a corrupt elite that claims to be leading a “minority movement”… “Reverend” Jesse Jackson and “Reverend” Al Sharpton, both “justice warriors”, both CORRUPT to the core, have perfected the art of “shaking down” corporations for decades. The new BLM so-called “leaders” took the “shakedown” game to a totally different level…  All for their own personal benefit… 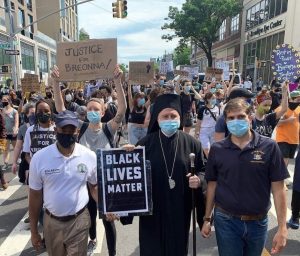 And so, we saw recently one of them, 37-yr old Patrisse Khan Cullors, buy a mansion in LA after she had bought three more houses a couple of years ago… A quick look at her background proves that coming from a very poor family she spent her entire life as an activist and community organizer, following clearly Marxist mentors.  Her choice of words, her activist methods, and her whole past shows that we are dealing with a very determined person, very close to the definition of a true “communist”. Her ideas have nothing to do with “justice” but everything to do with the evil by-products of the socialist ideology, mainly the creation of nomenclatures.  Patrisse Khan Cullors and her “comrades” in BLM have already formed the kind of nomenclature we had seen in former Soviet and Eastern European countries (and we see now in Cuba, Venezuela, and China): The people were suffering but the elite was living in a bubble…

As a specialist in socialists and their ideology and practice, I can tell you that there is a hopeful sign in what we are witnessing: the crude actions of the BLM activists and their leaders, their extremism, will soon create forces of reaction against them that they will not be able to handle… As they love to say (analyzing capitalism), “the internal contradictions” of their ideas and actions will be their undoing.  I am specifically looking at shorter-term developments; as we all know socialist plans have no chance in the long-term…

As for AB Elpidophoros, he perhaps had an excuse last year because he did not know America that well; But now he does. If he keeps patronizing this misnomer of an ideology about “social justice” he does not stand a chance in America…  He lost the support of so many faithful last year by supporting the communist BLM movement; Now he is given an opportunity to take a second look at a failed anti-Christian ideology and practice and change course… Communism was always EVIL and has no place in ANY Christian Church…

I am not holding my breath…

Below Patricia Cullors and her partner Jamaya Khan… 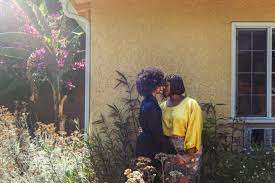 Patrisse Khan-Cullors, the self-described Marxist leader of Black Lives Matter, raked in upwards of $20,000 a month as the chairwoman of a jail reform initiative, according to reports on Wednesday.

Reform LA Jails paid Cullors’ consulting firm, Janaya and Patrisse Consulting, a total of $191,000 in 2019, according to campaign finance data cited by Fox News and The Daily Caller.

Cullors, who is listed as “principal officer” and “business owner” on the payments, started the firm with her spouse and BLM co-founder Janaya Khan.

The reports came as the 37-year-old activist faced criticism over a real estate spending spree — in which she snagged four high-end homes for $3.2 million in the US alone.

Cullors, who recently bought a $1.4 million home in an exclusive LA neighborhood where the vast majority of residents are white, pushed back in a lengthy post on Instagram.

“This movement began as, and will always remain, a love letter to black people. Three words: Black Lives Matter, serve as a reminder to Black people that we are human and deserve to live vibrant and full lives,” she wrote on Instagram.

“I’ve worked multiple jobs across many organizations my entire life. I’m also a published author, writer, producer, professor, public speaker, and performance artist. I love my work in all of these areas and I work hard to provide for my family,” she continued.

The property Khan-Cullors bought near the Malibu beaches is located in Topanga Canyon, where 88 percent of the residents are white.

After the sale of the home was made public, the BLM leader — who signed a multi-platform deal with Warner Bros. in October — was lambasted on social media.

Hawk Newsome, the head of Black Lives Matter Greater New York City, which is not affiliated with Khan-Cullors’ Black Lives Matter Global Network Foundation, called for “an independent investigation” to find out how the global network spends its money.

The political and social movement, which began as a hashtag in response to the acquittal of George Zimmerman in the 2012 shooting of Trayvon Martin, took in more than $90 million last year — despite the movement being splintered by ongoing feuds about the lack of funding.

But Khan-Cullors insisted she does not receive a salary or benefits from Black Lives Matter Global Network Foundation, “period.”

“This effort to discredit and harass me and my family is not new nor is it acceptable. It has taken away from where the focus should be — ending white supremacy,” she added.

“You may not like or agree with me. I have definitely made mistakes. I own up to that. I apologize for the mistakes I have made and I work hard at practicing my abolitionist values.”

Black Lives Matter also issued a forceful statement in her defense, calling attacks against her a continuation of “a tradition of terror by white supremacists against black activists.” 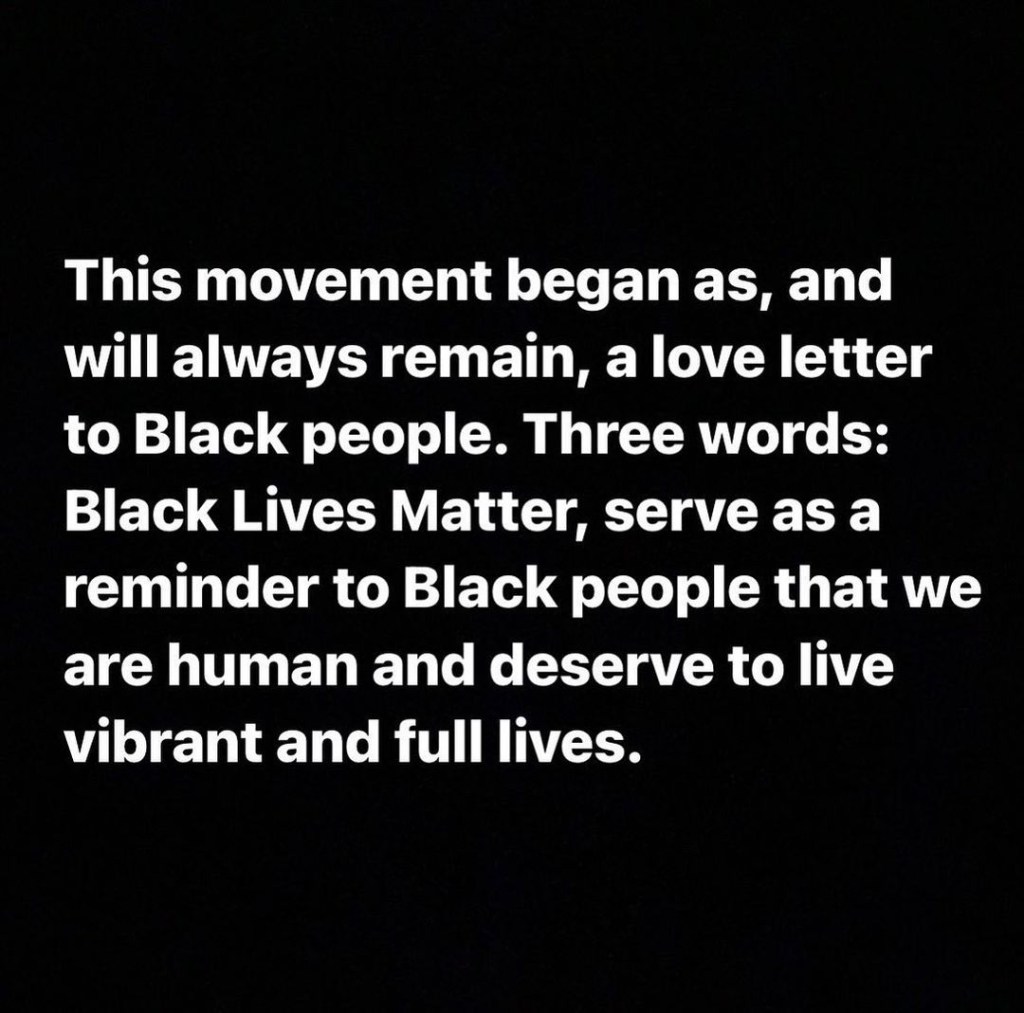 “Patrisse Cullors is the Executive Director of Black Lives Matter Global Network Foundation (BLMGNF). She serves in this role in a volunteer capacity and does not receive a salary or benefits,” the group said in a statement.

“Patrisse has received a total of $120,000 since the organization’s inception in 2013, for duties such as serving as spokesperson and engaging in political education work. Patrisse did not receive any compensation after 2019.”

The group dismissed the criticism as merely “narratives” pushed by “right-wing forces intent on reducing the support and influence” of the movement.

“This right-wing offensive not only puts Patrisse, her child, and her loved ones in harm’s way, it also continues a tradition of terror by white supremacists against Black activists,” the organization said.