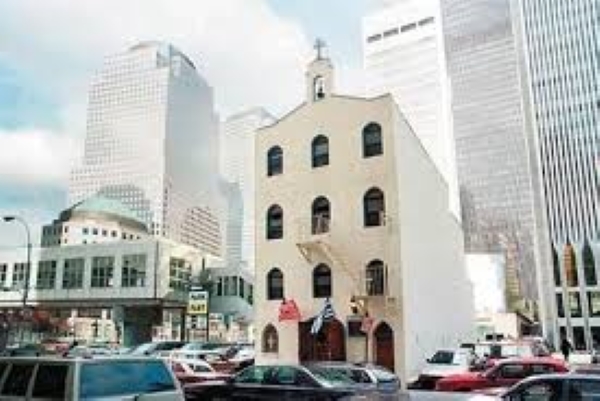 In celebrating the 200th Anniversary of the Greek Revolution Helleniscope has focused our community’s attention on the persons and events that brought America and Greece together in these historic circumstances. We focused on the two major events of the year – both energetically supported by the US Ambassador to Greece, Mr. Pyatt: 1) The ceremony on USS Consitution in Boston on March 25 (a second expanded event will take place in May) and 2) The monument to be raised in Aurora, Illinois, by the American Philhellenes Society (planned for later this year).  Many other events analyzed the Philhellenic movement and, (surprise, surprise!!), many realized that this movement is still very much alive today!

I did not have the honor to meet Arthur Piccolo personally but I would not risk anything if I said that he is one of the greatest Philhellenes in New York today.  Many among us can attest to his fervor in establishing and supporting annually the Bowling Green ceremony which starts the Greek Independence Day celebrations in NYC; I have heard nothing but praise for Arthur Piccolo.  But if the only thing I knew about him was his letter about the Flags at St.Nicholas Church in Ground Zero, I would think even more highly about him – despite some concerns that Helleniscope was justified to raise regarding the Flag issue. When Mr. Piccolo said that “Everything Cuomo did had only one purpose, to advance his political agenda as is so obvious in all the many recent allegations against him”, he was expressing the feelings of the overwhelming majority of our community and, arguably, of all New Yorkers. And he is even more right when he says that “Governor Cuomo, with the approval of current and recent Greek Orthodox Archbishops, have as their goal to strip St. Nicholas of as much of its Greek identity as they can”. 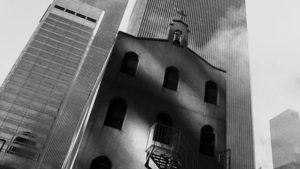 Helleniscope has already noted that Mr.Piccolo would be even more justified to explode against Governor Cuomo and his “buddies” at GOA (Karloutsos, Mehiel, Psaros, and others) if he had noted that before losing the “Greek Identity”, St. Nicholas Church was stripped of any other meaningful identity it was destined to have:

First and foremost, the Church is now in many ways a generic “place of worship”, providing space even for Muslims to pray.  Sorry, Mr. Psaros and Mr. Mehiel, but you are purposefully misguiding our community by hiding this fact.  Question to both of you: Have you seen any other Christian Church anywhere in the world that allows Muslims to pray within its space?  Answer: NO and Mr. Piccolo is right to question the Church’s identity in the framework of “cancel culture” that is depressively surrounding us today, eliminating everything we consider moral, holy, worthy.

Second, Psaros and Mehiel make rude attacks (link here: PSAROS AND MEHIEL RESPOND TO PICCOLO) against Mr. Piccolo regarding his views on Governor Cuomo, telling him that “he has axes to grind” and that “he should be ashamed of himself” when he attacks Cuomo. As if St. Nicholas was Cuomo’s personal property and as if St.Nicholas’ parish did not have full ownership of its space in Ground Zero before 9/11.  Not only the parish had full ownership but repeatedly, before 9/11, it rejected efforts by many, including AB Iakovos, to take away its property rights. It was as if St.Nicholas himself was guiding the parish council to reject all offers that were dangled in front of them by the various “investors”… And it stood its ground, next to the giant figures of the Twin Towers, as an eternal tribute to Saint Nicholas’s message of humility and selflessness…

That eternal message of humility and selflessness and the memory of the Saint himself was desecrated by all those involved in re-building the site, including Psaros and Mehiel.  I am not sure how much these two were involved in the designs and the plans – but for the past couple of years – and in their recent letter – they chose to hide the truth about the Church: They did not say what Karloutsos recently admitted that THE CHURCH WILL NOT FINISH THIS YEAR… They did not say that even as we speak at least $15 million, which were supposedly “pledged”, are missing… Why are they missing? Please explain to us, Mr. Psaros and Mr.Mehiel…  Maybe they are missing because people DO NOT TRUST ANY OF YOU ANYMORE?

And why do you insist in other recent statements that “authorities expect 30 million visitors per year? Who are you kidding? Do you live in New York or in fantasy land? 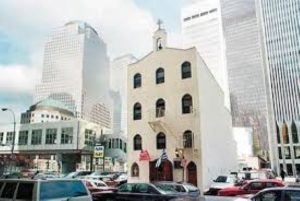 The eternal message of humility and selflessness of St.Nicholas was also violated by the grandiose designs and the overblown budgets that were mishandled by many, some of which have already faced justice (Papadakos) and others (Dimitriou and possibly Karloutsos, AB Dimitrios, and maybe others within GOA) may soon have to face justice for their misdeeds… Why do Psaros and Mehiel conveniently forget that the federal investigation is still ongoing and it does not only involve GOA as a whole but also the project of re-building St.Nicholas specifically?

Above all the eternal message of humility and selflessness is VIOLATED by the HUGE display of ARROGANCE by Patriarch Bartholomew himself, whose “hagiography/iconography” is planned to be at the lobby area (“narthex”) of the Church!! Why Psarros and Mehiel hide this particular fact from the faithful?  If it is not so, please tell the public and we will happily retract our statements!…

Finally, since Psaros and Mehiel insist on Mr.Piccolo’s attack on Governor Cuomo, let’s see how Cuomo’s presence in itself is desecrating not only St.Nicholas but everything we, as Christians, consider sacred and holy.  Helleniscope has been writing about it for the longest time but recently Cuomo has been accused not only for briberies and corruption – proven in Court years ago – but for even more disgusting attacks by a number of women.  And every accusation was more serious than the previous one – to the point that we now have lost count… Above all, Cuomo’s association with St.Nicholas represents a despicable desecration because it was Cuomo who signed the most anti-Christian legislation of all time, allowing abortion even at the day of birth!!  How on Earth will this arrogant, blasphemous, and Godless politician appear at the opening ceremony for St.Nicholas!!  It will never happen!!

We have repeatedly stated on this website that all these people above who have contributed to the desecration of St.Nicholas are CURSED by the Saint… But more on the “CURSE OF ST. NICHOLAS” soon…