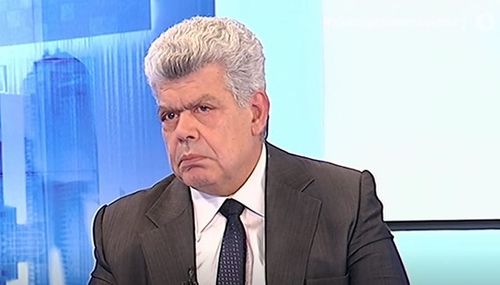 EDITOR’S NOTE (Nick Stamatakis): Professor of Geography and Geopolitics of the Univ. of Athens (and our good friend) Ioannis Mazis said it like it clearly was in his numerous appearances on Greek radio and TV the last few days.  He noticed that US Ambassador Mr.Pyatt visited Greek FM Nikos Dendias the day before his visit to Turkey.  The meeting was certainly not “routine” given the circumstances in Turkey, Ukraine, as well as the upcoming 5-part Cyprus talks in Geneva.  And then he explained in no uncertain terms that “if he did not have the OK from the Americans he would not say much of what he said, publicly in front of Mr.Cavusolglu…”
As we noted, Dendias statements of the Greek view of the relationship with Turkey was a rare moment of clarity for Greek diplomacy, a much-needed public engagement, where all the problems caused by the Turks for five decades (after 1970) were put on the table and were heard directly from the Turkish press and the Turkish people.  Prof. Mazis underlined that “Dendias stated the self-evident facts on the ground”… But because it was such a rarity to do so openly and clearly we all thought that it was a special occasion…
Having said the above, we wonder why the Turkish side (at least for the past 20 years) did not feel ever the need to comply with any advice “to show self-control” from the American side… Many answers to this question come to mind – but none is flattering for the Greek political elite…
BELOW A RADIO INTERVIEW OF PROF. MAZIS (IN GREEK)