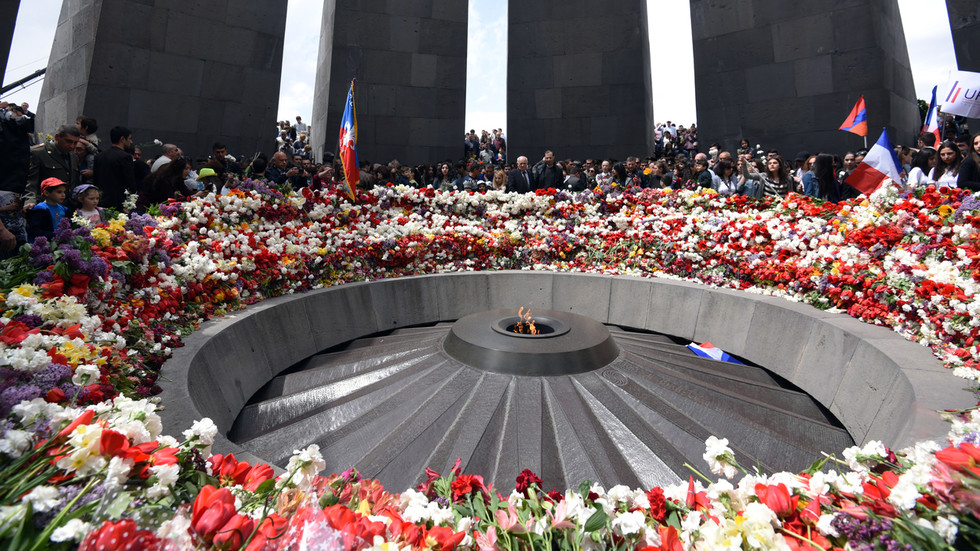 EDITOR’S NOTE (Nick Stamatakis): It’s a historic day today as President Biden recognized the Armenian Genocide! This is a reason to celebrate for all of us, all the ethnicities whose ancestors were massacred through centuries of Ottoman rule and were massively “exterminated” (I am using the term intentionally referring to the assistance given to the Turks by German “experts”…)

Helleniscope is particularly happy as we have for a long time supported this recognition along with the cause of the recognition of the Greek Genocides.  I am especially proud personally because my son Andreas has contributed in 2019 in a small but significant way, as an assistant to Congressman Bilirakis, in bringing together a number of groups and organizations that led to including the Greek Genocides in the Resolution recognizing the Armenian Genocide that passed through both Houses of Congress (In its first paragraph – link here).

About a million Greeks were killed during the genocide.

Lethal Nationalism: Genocide of The Greeks 1913-1923, a powerful documentary directed by Chicago-born Greek Peter Lambrinatos, is now available on Amazon Prime, Apple TV Plus, Google Play and Vimeo for viewing. 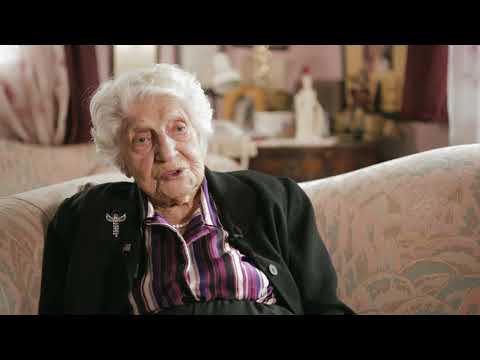 Analyzing the announcement (below) one can easily see that it was worded to make it as soft as possible, with references multiple times to “Ottoman” times – as if the Turks did not commit any crimes after that, namely in Cyprus, against the Kurds and, recently, in Nagorno Karabakh… At the same time, we have to underline that Erdogan’s days are counted.  He is squeezed between the US, Rusia, and Israel and none of the three powers want to see Turkey play a role of regional power – to say nothing about Saudi Arabia and Egypt.  Much will be determined in the upcoming “extended” (meaning: all government agencies will participate, State Dept, Defense, NSA, Intelligence, etc) between the US and Russia.  This was agreed between national security advisers Jake Sullivan and Nikolai Patruchev a few days ago…

By Morgan Chalfant (The Hill)

President Biden on Saturday formally declared that the massacre of an estimated 1.5 million Armenians by the Ottoman Empire more than a century ago was “genocide,” a move that is likely to exacerbate tensions with Turkey.

In doing so, Biden is fulfilling a campaign promise and becoming the first sitting president since Ronald Reagan to use the term “genocide” to describe the mass killings that occurred during the 20th century at the end of World War I.

“Each year on this day, we remember the lives of all those who died in the Ottoman-era Armenian genocide and recommit ourselves to preventing such an atrocity from ever again occurring,” Biden said in a statement released by the White House. 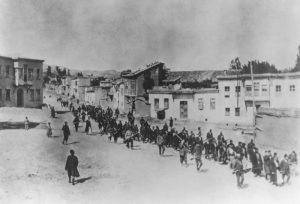 “Beginning on April 24, 1915, with the arrest of Armenian intellectuals and community leaders in Constantinople by Ottoman authorities, one and a half million Armenians were deported, massacred, or marched to their deaths in a campaign of extermination,” Biden continued. “We honor the victims of the Meds Yeghern so that the horrors of what happened are never lost to history. And we remember so that we remain ever-vigilant against the corrosive influence of hate in all its forms.”

While Biden’s move to use the term “genocide” will be welcomed by bipartisan members of Congress, human rights advocates and the Armenian community, it is also expected to complicate relations with Turkey, a NATO ally with whom the U.S. has increasingly clashed. The Turkish government swiftly denounced Biden’s statement on Saturday, saying it will undermine the bilateral relationship.

“We reject and denounce in the strongest terms the statement of the President of the US regarding the events of 1915 made under the pressure of radical Armenian circles and anti-Turkey groups on 24 April,” the Turkish foreign ministry said in a statement.

“This statement of the US, which distorts the historical facts, will never be accepted in the conscience of the Turkish people, and will open a deep wound that undermines our mutual trust and friendship,” it said.

Biden held his first phone call as president with Turkish President Recep Tayyip Erdoğan on Friday, during which Biden reportedly informed his counterpart of the plans to recognize Armenian genocide.

The two also agreed to meet on the sidelines of the upcoming June NATO summit in Brussels “to discuss the full range of bilateral and regional issues,” according to a White House readout.

Biden’s recognition of the Armenian genocide coincides with the remembrance day marking the atrocities that took place under the Ottoman Empire, which is modern-day Turkey, between 1915 and 1923.

The president had been urged by lawmakers, including House Intelligence Committee Chairman Adam Schiff (D-Calif.), to follow through with his pledge to recognize the killings as genocide ahead of Saturday.

Biden pledged on the campaign trail to back a resolution recognizing Armenian genocide, but it was still possible that diplomatic considerations could cause him to rethink those plans.

Former President Obama made a similar pledge but never followed through while in office, avoiding the use of the word genocide. Former President Trump, who cultivated a friendly relationship with Erdoğan, also avoided using the term.

“For Armenian-Americans and everyone who believes in human rights and the truth, today marks an historic milestone: President Biden has defied Turkish threats and recognized the slaughter of 1.5 million Armenians for what it was – the first genocide of the 20th Century,” Schiff said in a statement Saturday. “In so doing, he has cast aside decades of shameful silence and half-truths, and the broken promises of so many of his predecessors, and spoken truth to power.”

Biden’s decision is a signal of the emphasis his administration places on human rights issues. It also reflects a belief that the declaration will not dramatically worsen U.S.-Turkish relations.

“Today, as we mourn what was lost, let us also turn our eyes to the future—toward the world that we wish to build for our children. A world unstained by the daily evils of bigotry and intolerance, where human rights are respected, and where all people are able to pursue their lives in dignity and security. Let us renew our shared resolve to prevent future atrocities from occurring anywhere in the world,” Biden said in the statement.

While Turkey partners with the U.S. in counterterrorism cooperation, resolving the ongoing civil war in Syria and preventing a resurgence of the Islamic State, tensions with Ankara have grown over its purchase of a Russian missile defense system and involvement in regional conflicts.

Turkey’s foreign minister said ahead of the announcement this week that recognizing the Armenian genocide would harm ties between Washington and Ankara.

Turkey has long resisted the idea that the killings amounted to genocide, saying that both Armenians and Turks lost their lives in war as the Ottoman Empire fell. They also say the number of Armenians killed was 300,000.

Congress in 2019 overwhelmingly passed a resolution that lawmakers said recognized the Armenian genocide on behalf of the U.S. government after Turkey’s incursion into northern Syria. Trump did not support the resolution.