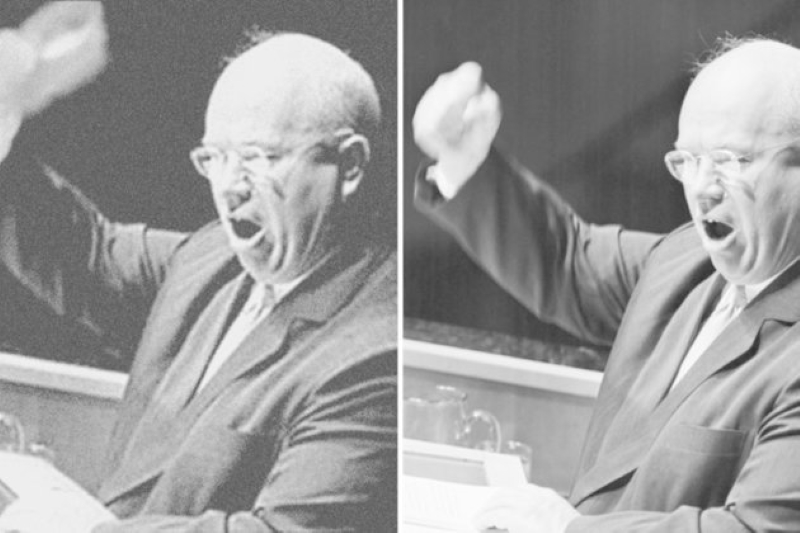 With the support of the Democratic Socialists, his prediction is coming true.

Also, I remember him beating his shoe on the desk in the UN saying,”We will bury you”.

As you read this article, keep in mind what has been happening on the National, State and Culpeper levels. The word “Compromise “ is no longer in existence in the partisan political arena. Think about the summer of riots and the billions of dollars of destruction as well as injuries and loss of life. The Commonwealth of Virginia’s politicians are trying to erase all history and any notion of common sense for short term gains by removing statues. Culpeper has fallen victim to the cancel culture with Council’s vote to rename Lake Pelham. Where will it all end? Undoubtedly, there are extremists who find the name Culpeper offensive along with the very name of our country, The United States of America. With that in mind, all future “naming endeavors” should be geographically based because some group will find fault in generations to follow. Look at the ridiculous claims against Washington, Jefferson and Lincoln, not to mention our Flag and the National Anthem! And lastly, “Open Borders; Close Schools”.

A reminder of Khrushchev comments September 29, 1959: THIS WAS Russian Prime Minister Nikita Khrushchev’s ENTIRE QUOTE from that day:

“Your children’s children will live under communism, You Americans are so gullible. No, you won’t accept communism outright; but we will keep feeding you small doses of socialism until you will finally wake up and find you already have Communism. We will not have to fight you; We will so weaken your economy, until you will fall like overripe fruit into our hands.” “The democracy will cease to exist when you take away from those who are willing to work and give to those who would not.”

Do you remember or know all of what Russia’s Khrushchev said in 1959?

How do you create a Socialist State?

There are 8 levels of control; read the following recipe:

1) Healthcare – Control healthcare and you control the people.

2) Poverty – Increase the poverty level as high as possible, poor people are easier to control and will not fight back if you are providing everything for them.

3) Debt – Increase the debt to an unsustainable level. That way you are able to increase taxes, and this will produce more poverty.

4) Gun Control – Remove the ability to defend themselves from the Government. That way you are able to create a police state.

5) Welfare – Take control of every aspect (food, housing, income) of their lives because that will make them fully dependent on the government.

7) Religion – Remove the belief in God from the Government and schools because the people need to believe in ONLY the government knowing what is best for the people.

8) Class Warfare – Divide the people into the wealthy and the poor. Eliminate the middle class This will cause more discontent and it will be easier to tax the wealthy with the support of the poor.

Is this parallel to the Democrat Socialist Agenda????

With an open mind, you can draw your own conclusions.

One last historical fact that needs to be remembered: In 1964, on the floor of the U.S. Senate, Democrats held the longest filibuster in our nation’s history, 75 days. All trying to prevent the passage of one piece of legislation. You guessed it: THE CIVIL RIGHTS ACT.