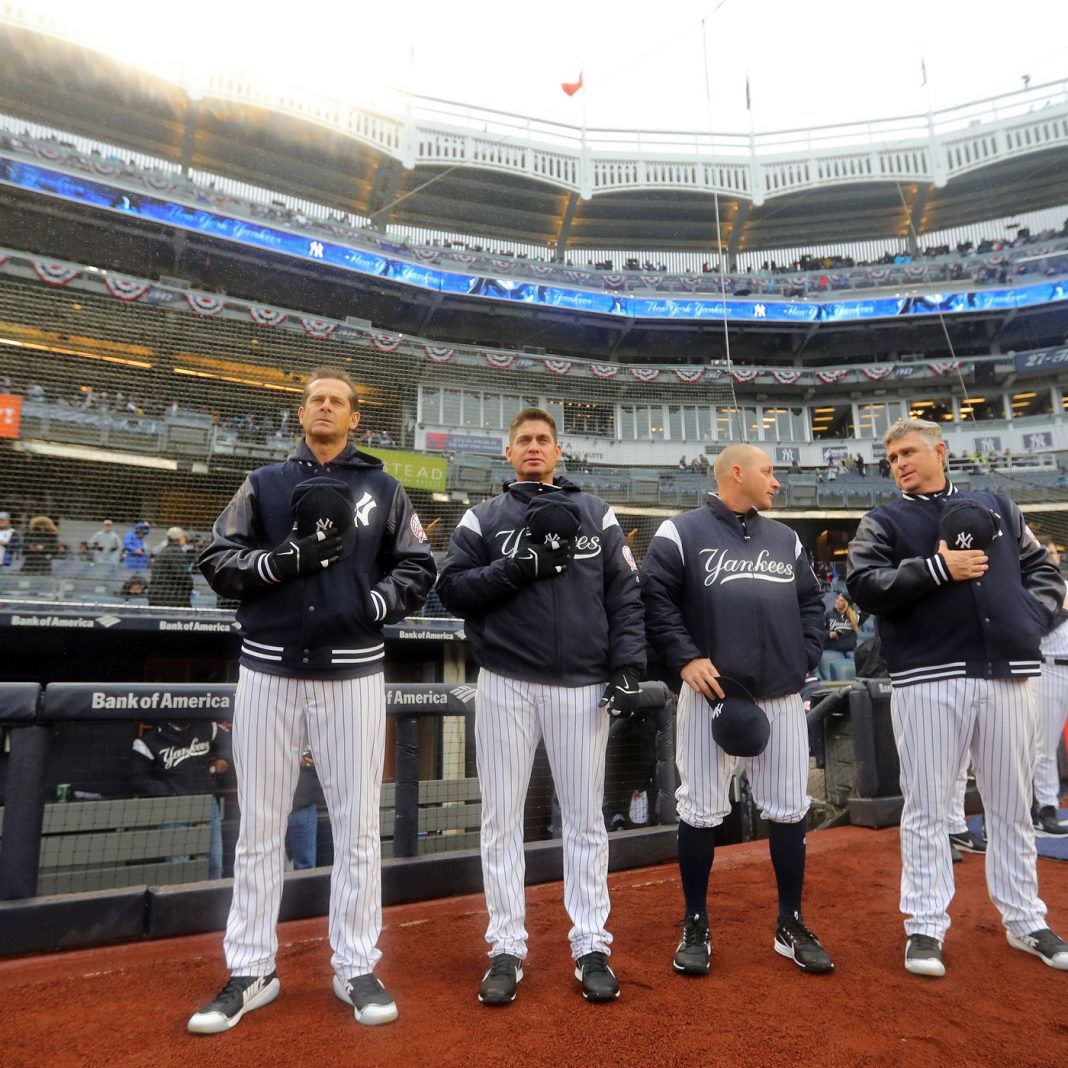 EDITOR’S NOTE: If three vaccinated people in a relatively small “camp” like the Yankees test positive, then we should turn our attention once again to the two major FACTS we exposed in previous posts: First, the covid vaccine does NOT stop transmission, and second, it does not provide full protection.  The only common sense option left to all of us is the use of therapeutics of which there are many: hydroxychloroquine, ivermectin, Zithromax, zinc, etc.  These therapeutics can be adapted to be used PREVENTATIVELY as recent research has shown… But no, the 69 Billion a year vaccine industry will bribe anyone and all to convince us otherwise…

A support staff member also tested positive, even though players and coaches were vaccinated on April 7.

Two New York Yankees coaches and a staff member tested positive for COVID-19 on Tuesday, despite being fully vaccinated, the team said.

The Yankees said before a game against the Tampa Bay Rays that third base coach Phil Nevin tested positive for the coronavirus. Later, after the Yankees won the game, the team said first base coach Reggie Willits and a support staff member also tested positive.

All three were fully vaccinated, meaning their infections are rare breakthrough cases. By the end of April, the Centers for Disease Control and Prevention had only tracked 9,245 such cases out of more than 95 million people who were vaccinated.

COVID-19 infections can still happen in those who are fully vaccinated. The CDC notes that no vaccine is 100% effective at preventing illness. But all three vaccines approved for emergency use in the U.S. are extremely effective at preventing hospitalization and death should a fully inoculated person become infected with the virus.

“We have a few other staff, coaches that are still pending and we don’t have confirmation on,” Yankees manager Aaron Boone said Tuesday before the Rays game, per The Associated Press. “There’s a few people that we sent home just as a precaution to make sure. We’re doing all we can to stay healthy. A little bit of a skeleton staff, but nothing we can’t handle.”

The team is still planning to play its scheduled game on Wednesday night.

Yankees players and coaches were vaccinated with the Johnson & Johnson single-shot vaccine on April 7, MLB.com reported. Boone told the outlet he was caught “off guard a little bit” by the positive tests after the team had been inoculated.

“Hopefully the fact that we’re vaccinated en masse is something that will blunt this and allow a number of us to not get anything, and keep symptoms at a minimum if anything does get through,” the manager said.

The Yankees were allowed to relax Major League Baseball’s COVID-19 protocols last month after the team reported an 85% vaccination rate among players and staff, the AP noted. Those relaxations mean masks are not required in the Yankee dugout and team members can dine together indoors.