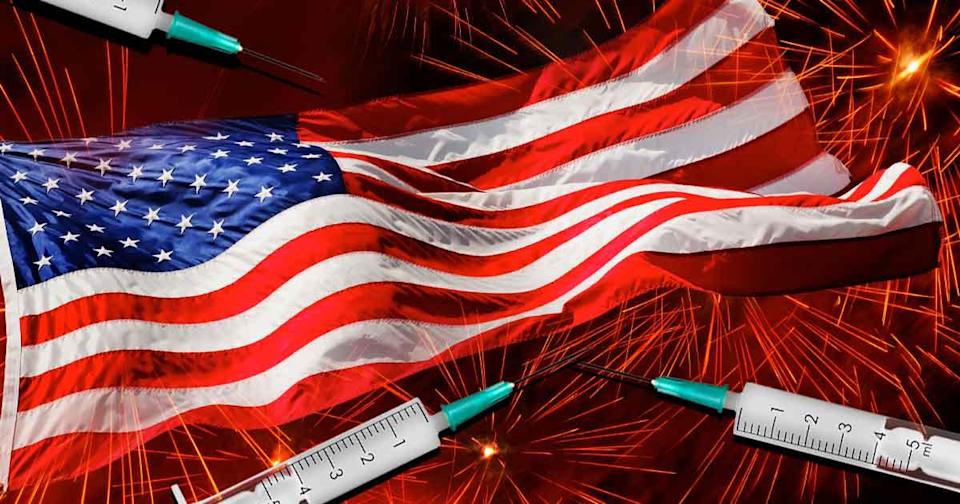 Thank you, Nick, for reprinting and bringing home to light your recent articles on Covid vaccines, false-positive testing, efficacy and vaccination re-infection; what the government and pharma doesn’t want you to know.  I would certainly call this news a big ‘AH HA’ moment with extra icing on the cake.  If your recent publications and articles don’t provide the evidence of the fallacy behind the hidden truth that these so-called vaccines never offered any protection, I don’t know what would else would qualify?

Seriously, it was only a matter of time before news broke about vaccinated people becoming ‘infected’ with what we were all told world-wide to be protected from…. Is this any surprise to anyone?  I’m mean really.  It isn’t to God.

This is a WAKE-UP CALL TO ALL AMERICANS who want to preserve their very existence the way we know it, in our lifetime today.  Covid aside, for those of us who prefer to just keep going about our day, doing what we do minding and tending to our own businesses, with our heads buried in the sand because, we somehow believe that our efforts will go without results or merit than, we agree to maintaining the current status quo.  However, our return to ‘normalcy’ is in serious jeopardy for not only the next 4 + years, but perhaps longer if, it will ever return.  Hold on for the joy ride!

Like him or not, Rush Limbaugh accurately predicted long ago, that there will be crisis after crisis due to the ineptitude, failures and delusions of the leftist ideologies.  Biden is perceived as too weak to protect Americans against the evil forces seeking to implode America.  Why?  Because he’s in bed with all of them; giving money from the coffers of the United States Government (yours and mine) and taking money generously to line his family’s pockets, while holding, caressing, kissing their hands, applying lotion with a gentle massage as he plays puppeteer to an underground government ruled by those seeking to destroy America from within for personal gain, greed and power.

Our country is under siege.  The coordinated global effort of the Wuhan lab manufactured virus, the manipulation of the election by Dominion’s “coup de` ta”, Russian hacking, gas pipelines going offline, stock market tanking, foam cushion, chlorine, outdoor acrylic fabrics, ongoing chicken and food shortages, used automobile and freight container shortages, shipping, importing tariffs and backlogs, etc., are all meant to catapult us into a continual mode of reacting to an unending series of “crisis after crisis” rather than being proactive in planning how to avoid these situations by placing America FIRST as Trump did and was ridiculed.  Skyrocketing inflation rearing its ugly head due to the high demand and low supply for products made overseas is now our next crisis dujour.

Living in a perpetual state of “shortages” is characteristic of failed Socialist governments who never allow their citizens to prosper, have gainful employment in a free market, but only seeks to break the backs of its citizens into financial ruin, in order to achieve the goals of the few who seek power, money and notoriety.

Joe Bastardi, a renowned Meteorologist, has predicted an above average, active hurricane season above what last year brought us when we reached far into the Greek alphabet for names.  Will a catastrophic God-created event such as a hurricane be the next crisis to which our country and the insurance industry fall prey too?   No doubt, the Weather Channel, the media, and our shadow government will continue the same course of fear and opportunism to catapult all of us into buying worthless green electric cars by continuing the myth of Green Energy and planet pollution.  If you think energy is generated from thin air, I’ve got a swath of swampland in the middle of the Florida Everglades for sale.