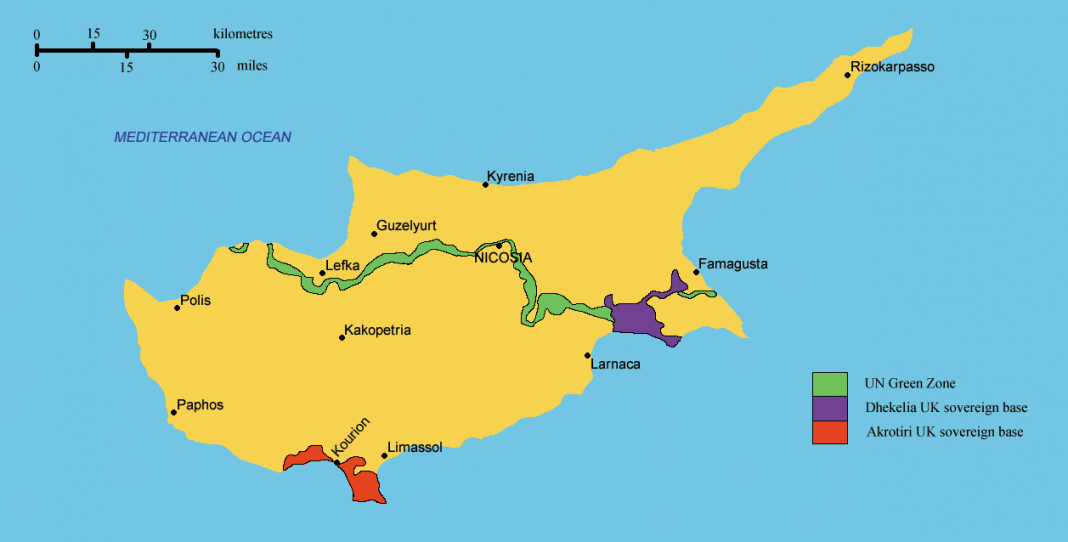 By Alex Aliferis
Why will Annan Plan 3.0 fail?
The Globalist Elites tried to push another failure onto the Greeks of Cyprus during April 27-29.
It’s ironic how the Geneva Talks started in the same month when Greek Cypriots voted No in huge numbers against the Annan Plan in April 2004.
In April 2004, Greek Cypriots voted a huge ‘NO’ with a 2/3 vote. Cyprus President Tassos Papadopoulos came out early telling citizens to vote ‘NO’. The Globalist Elites secretly killed him as a ‘health condition’. The same thing they did to pro-Greek Archbishop Christodoulos. It is the same way; the elites killed the President of Tanzania via ‘heart attack’ who opposed the Covid testing, vaccine, and lockdown in 2020/2021 for Tanzania. He did not go along with the Globalist agenda for Tanzania.
In 2004, the so-called Greek American Lobby did not publicly say No against the Annan Plan. Greece’s traitor George Soros Globalist George Papandreou coordinated the Annan Plan, before Kostas Karamanlis was elected. It’s the same way how the so-called Greek American Lobby did nothing to oppose Alexi Tsipra’s betrayal on the name issue of Skopia in 2018/19, as Greek citizens protested.
It is odd how Tassos Papadopoulos was ahead in 2008 polls, but Dimitris Christofias(Communist Globalist) won in upset victory? Sounds like voter fraud to me? The Globalist Elites commit voter fraud in nations around the world. Later 2008, Tassos died of cancer.
(https://www.foxnews.com/story/former-cyprus-president-papadopoulos-dies-of-cancer). Tassos’ body was later exhumed? For what reason? https://metro.co.uk/2010/03/10/body-snatchers-took-cyprus-president-from-tomb-for-a-ransom-157705/
In the Church Committee hearings of 1975, they showed the CIA’s ‘Heart Attack and Cancer’ gun. (https://www.sott.net/article/232912-Assassinations-by-induced-heart-attack-and-cancer)
In 2017, there was an effort to revive another effort which I called Annan Plan 2.0 with Turkey. When I spoke out against it, Lobby for Cyprus issued a press statement against the talks in 2017. Various Greek American groups followed suit. The Lobby for Cyprus in the UK issued a statement against the Annan Plan 3.0 ‘Geneva Talks’.
To read Lobby for Cyprus’s full statement, go here (https://lobbyforcyprus.wordpress.com/2021/04/23/un-five-party-summit/).
It is no secret. While in Washington DC, the so-called Greek American Lobby led by the Greek American Democrat Establishment Elite advocate for a bi-zonal/bi-communal federation which is the Globalist plan that favors Turkey. I agree with Lobby for Cyprus’ statement.
According to the Lobby for Cyprus, it reiterates that the only viable Cyprus settlement is one based on a truly unitary Republic of Cyprus. Not partition, not segregation, not apartheid, and not on the basis of legitimizing Turkey’s criminal acts as Ankara and its apologists continue to insist.
Why negotiate with Turkey? Erdogan and the Turks are not interested in the rule of law. They want it all on Cyprus.
The English hold two bases on Cyprus to spy on the Middle East. Cyprus is a hub for foreign intelligence agencies.
Consider the following points:
Again, so why do the George Soros Greek Globalist elites like Kyriacos Mitsotakis push the talks?
Reject any new Annan Plan 3.0 Cyprus talks.
The definition of insanity is doing the same thing over and over expecting different results.
Alex Aliferis has worked in Washington D.C. on issues linked to Greece, and Cyprus.
For More Information:
Erdogan says Turkish troops will stay Forever ON CYPRUS
https://www.nytimes.com/video/world/europe/100000004869832/erdogan-says-turkish-troops-will-stay-in-cyprus-forever.html
Erdogan says Cyprus Two Separate People and States
https://news.yahoo.com/turkeys-erdogan-says-cyprus-made-133150094.html
Turkey’s Loyalist Elected in Occupied Zone in 2020
https://foreignpolicy.com/2020/10/30/north-cyprus-ersin-tatar-erdogan-turkey-varosha/
Turkish Settlers Outnumber Native Turkish Cypriot Settlers
https://www.jihadwatch.org/2020/09/turkeys-occupation-of-cyprus
Papadopoulos Defends No Vote
https://news.harvard.edu/gazette/story/2004/06/cypriot-president-defends-no-vote/
Assassinations by Induced Heart Attack/Cancer
https://www.sott.net/article/232912-Assassinations-by-induced-heart-attack-and-cancer
Turkey violates Cyprus waters
https://www.reuters.com/article/us-cyprus-turkey-ship-idUSKBN1WJ0HQ
Papadopoulos Body Stolen from Grave
https://metro.co.uk/2010/03/10/body-snatchers-took-cyprus-president-from-tomb-for-a-ransom-157705/ 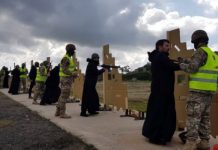 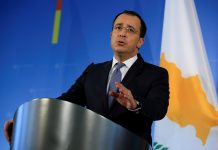