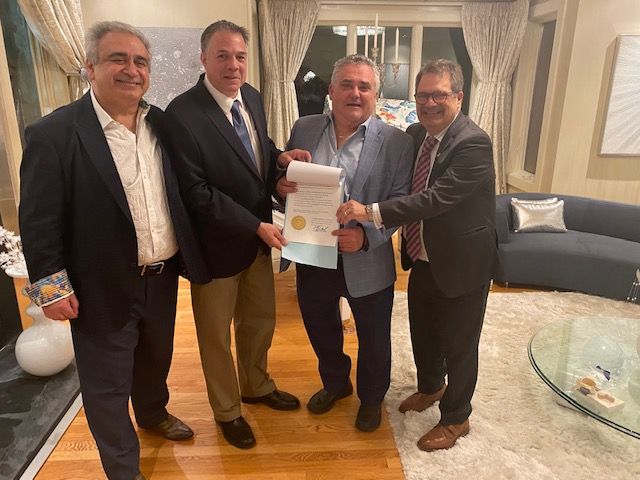 Helleniscope was present in a significant gathering last night, organized by Mr. Georgios Gialtouridis in his mansion in a posh Boston suburb, where several significant members of the Greek-American Community of Boston and beyond honored Congressman Gus Bilirakis, both for his long service and his support to all the issues that concern Hellenism.  It was a very successful fundraiser for the congressman that culminated with a separate distinct event: Rhode Island State Senator Leonidas “Lou” Raptakis presented the official text of the Resolution by Rhode Island State Senate “proclaiming May 19, 2021, as a day of remembrance of the Greek Pontian Genocide”.  Mr. Gialtouridis is also president of the Pontian Society Panagia Soumela of Boston. 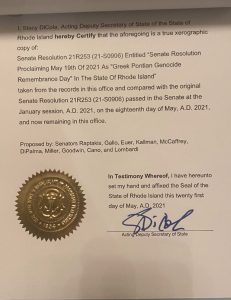 Co-sponsors of the event were Mr. Drake Behrakis, president of Marwick Associates and president of Hellenic National Society (among his many other active involvements), and President of Hellenic American National Council (HANC) Mr. Vassilis Mataragas. Among the many guests, we saw representatives of national Greek-American associations, representatives of foreign consulates in Boston, distinguished academia members, businessmen, etc.

Congressman Bilirakis offered a short update on the status of US-Greek relations emphasizing that the two allies are cooperating closer than ever before in their history. He also answered a number of questions concerning the struggle for human and religious rights in Turkey, some planned steps in furthering the alliances in the Eastern Mediterranean, and other issues concerning Greece, Cyprus, the Patriarchate, and Turkey. 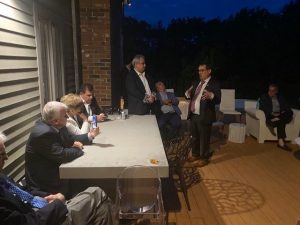 PHOTO above : Congressman Bilirakis answers a question by the host, Georgios Gialtouridis. 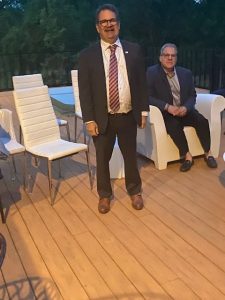 PHOTO above: Congressman Billirakis addresses the audience. Mr. Drake Behrakis is sitting behind the Congressman… 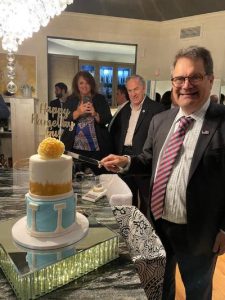 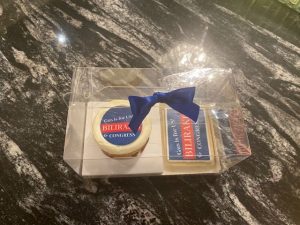