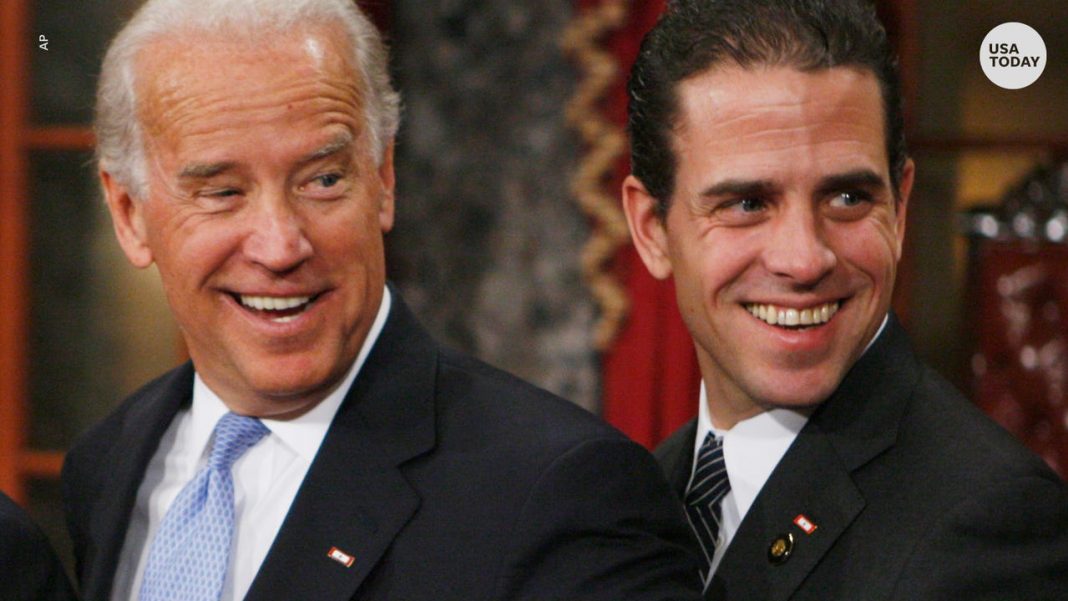 EDITOR’S NOTE (Nick Stamatakis): An explosive story was published today by NY Post with evidence from Hunter Biden’s “laptop from hell”, proving that his dad, now President, Joe Biden was invited to attend meetings with Hunter’s business partners from Ukraine, Kazakstan and other countries.  It is not a surprise to Helleniscope readers that Mike Karloutsos was involved in this story –  we were among the first to touch this story…. In this NY Post piece (below) here is the excerpt involving Mike Karloutsos:

“Ok – the reason for the dinner is ostensibly to discuss food security,” writes Hunter on March 26 to Michael Karloutsos, son of the then-head of the Greek Orthodox Church.

“Dad will be there but keep that between us for now. Thanks.”

Karloutsos replies: “Everything is between us. All good‎! … I know you mentioned your dad would probably join the dinner as well.”… 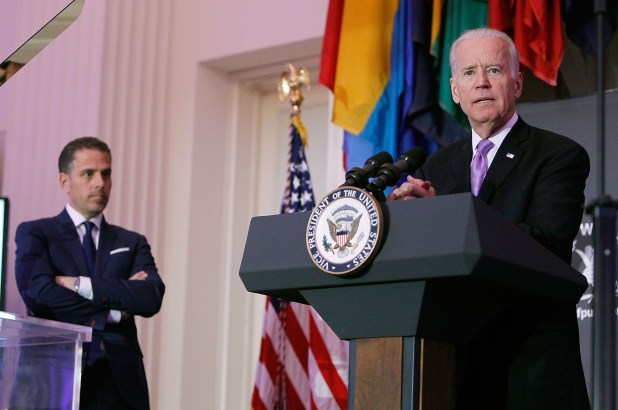 Joe Biden met with Ukrainian, Russian and Kazakhstani business associates of his son’s at a dinner in Washington, DC, while he was vice president, records on Hunter Biden’s abandoned laptop show.

The dinner, on April 16, 2015, was held in the private “Garden Room” at Café Milano, a Georgetown institution whose catchphrase is: “Where the world’s most powerful people go.”

The next day, Hunter received an email from Vadym Pozharskyi, an executive of the Ukrainian energy company Burisma, to thank him for introducing him to his father.

“Dear Hunter, thank you for inviting me to DC and giving an opportunity to meet your father and spent [sic] some time together,” Pozharskyi wrote on April 17, 2015.

The wires were flagged in suspicious activity reports provided by the Treasury to a Senate Republican inquiry into Hunter last year by the Homeland Security and Governmental Affairs Committee.

Hunter told guests before the dinner that his father would be attending. In one email, he appears to use his role on the board of World Food Program USA as a cover story for the evening’s true purpose of introducing his father to his business associates.

“Ok – the reason for the dinner is ostensibly to discuss food security,” writes Hunter on March 26 to Michael Karloutsos, son of the then-head of the Greek Orthodox Church.

“Dad will be there but keep that between us for now. Thanks.”

Karloutsos replies: “Everything is between us. All good‎! … I know you mentioned your dad would probably join the dinner as well.”

The dinner raises questions about how much Joe Biden, who has claimed ignorance of his son’s activities, knew about Hunter’s dealings with foreign businesses and government officials.

Three officials from Kazakhstan also were invited to the Café Milano dinner, including Marc Holtzman, then chairman of the former Soviet republic’s largest bank, Kazkommertsbank.

A Mexican ambassador and representatives of World Food Program USA also were on the guest list, which Hunter emailed to Archer three weeks before the dinner:

“3 seats for our KZ [Kazakhstan] friends.

“2 seats for Yelana and husband

It is unclear if everyone on Hunter’s list attended. Archer emailed Hunter before the event to say that Baturina did not want to come but her husband would attend.

“Yelena doesn’t want to steal Yuri’s Thunder, so she’ll be in town to meet with us but doesn’t want to come to dinner,” Archer wrote on March 20. “That was just her thoughts. We could insist.”

He finished the email: “Obviously save a seat for your guy (and mine if he’s in town.)”

Hunter replied: “I think your guy being there is more trouble than it’s worth- unless you have some other idea.”

It’s unclear if Archer’s “guy” was then-Secretary of State John Kerry or someone else.

Rick Leach, founder of WFP USA, the American fundraising arm of the United Nations-related nonprofit, emailed Hunter at 11:15 p.m., after the dinner: “What a fantastic and
productive evening – thank you!”

Kazakhstan banker Holtzman emailed: “Deer [sic] Hunter, Thank you for an amazing evening, wonderful company and great conversation. I look forward to seeing you soon and to many opportunities to work closely together.”

Hunter does not name the other two Kazakhstan representatives on his guest list, but on the morning of the dinner, Archer was invited to a “small private breakfast” with Kazakhstan’s Prime Minister Karim Massimov in his suite at the Willard Hotel: “There are several matters the Prime Minister is eager to discuss with you and he will be grateful for the opportunity to spend quality time together.”

The following year, Hunter would describe Massimov in an email as a “close friend.”

The president’s 51-year-old son had business dealings in Kazakhstan with an associate of Massimov, oligarch Kenes Rakishev.

Rakishev’s company Novatus used a Latvian bank to wire $142,300 to Archer’s firm, Rosemont Seneca Bohai LLC, on April 22, 2014, according to a currency transaction report recorded in the Republican Senate report. The wire included a note saying the money was “for a car.”

Massimov and Rakishev appear in an unverified photograph, posing alongside a smiling Joe Biden and Hunter, which was posted on a Kazakhstani anti-corruption website in 2019.

Hunter Biden brought his laptop to a MacBook repair shop in Delaware in April 2019 and apparently forgot about it. He admitted last month, while promoting his addiction memoir “Beautiful Things,” that the laptop “certainly” could belong to him, but “I really don’t know.”

The White House did not respond to a request for comment.