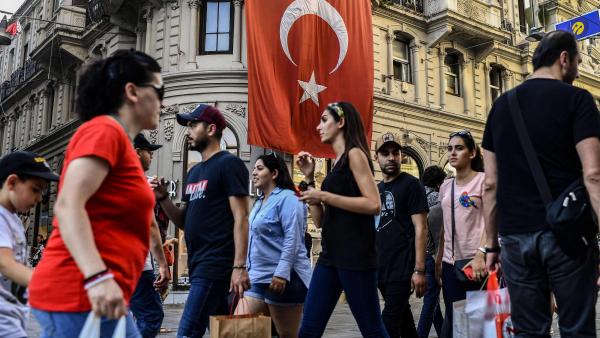 EDITOR’S NOTE (Nick Stamatakis): One side effect of advancements in modern biology is the fall of many ethnic myths regarding the origins of each group.  We Greeks are proud to now have scientific proof for what ancient historians and especially Herodotus have proclaimed some 2,500 years ago, that we were mostly native to the lands that are now Greece, and the Aegean coast of Turkey.  At the same time the infamous, German-promoted, Fallmeryer myth that modern Greeks are heavily mixed with slavic and other invaders over the centuries is demolished: this percentage is fairly small… And thanks to the Alexandrian Greek used in Church the continuity of language is quite strong…

The Turkish DNA Project, a misinformation portal on Facebook and Twitter known for posting genetic graphs and charts without references or sources, expressed frustration with Ancestry.com, the largest for-profit genealogy company in the world.

The misinformation project called for “all Turks to boycott this company: Ancestry.”

“AncestryDNA prioritizes to demonize the Turkish people and delegitimaze their presence in Turkey rather than giving information about the genetic structure of the relevant population,” they said in a Twitter post.

The main reason for their frustration?

Because Ancestry.com correctly highlighted that many Turkish citizens are indeed mostly unrelated to Turkic peoples from Central Asia and are rather native Anatolian people that have been Turkified.

Of course, the Turkish DNA Project’s graphs, charts and data present another “truth.”

However, these are in complete opposition to science, hence their call for Ancestry.com to boycotted as science continually disproves their misinformation campaign.

Ancestry.com highlighted that after the Ottoman conquest of Pontos in today’s Turkey’s southeastern Black Sea coast, the “Pontian Greeks adopted Turkish language and culture, and many converted to Islam in order to have greater opportunities in Turkish society.”

Ancestry.com also highlighted that another round of Turkification of Pontian Greeks occurred after the second Russo-Turkish War (1828-29).

Ancestry.com also detailed the Turkish-perpetrated genocide (1913-1923), particularly against the Armenians.

It also noted that the so-called Turkish DNA Project deleted many of their older tweets of fake genetic graphs and so-called results that present Turkish citizens as having higher amounts of Turkic DNA then actual reality.

With the advent of genetic testing, more and more Turkish citizens and diaspora communities are discovering that they are actually Turkified peoples, mostly pointing towards Greek.

More Turkish citizens are discovering that they are in fact not Turkish.

It is for this reason that the role of the so-called Turkish DNA Project is to create doubt among those who do genetic testing from legitimate companies like Ancestry.com and discovery that they are in fact not Turkic.

A famous case of a Turkish citizen discovering they are Greek is Yannis Vasilis Yaylalı, born Ibrahim Yaylalı.

Yannis was a former Turkish ultra-nationalist that was proud of his enmity towards Kurds and other indigenous peoples of Asia Minor.

However, he soon discovered he was actually Greek, became Christian and then became an activist for minorities in Turkey despite originally joining the Turkish Army to kill them, as reported by The Armenian Weekly.

Uzay Bulut, a Turkey-born journalist, also responded to the call by the Turkish DNA Project to boycott Ancestry.com.

“Why are Turkish nationalists so terrified of the truth? Because if they face it, the lies they’ve come up with will be shattered to the ground,” she said on Twitter.

“Through these lies, hatred has grown which made them commit so many crimes against Greeks, Armenians, Assyrians, Jews and others,” Bulut said.

“Then they will realize that by destroying those peoples, they’ve actually destroyed their own ancestors and cultural heritage,” the journalist said, adding: “The truth will set us all free and bring much needed peace to the region.”

“Indeed, such regimes can exist only if they repress or otherwise subvert those forms of scientific inquiry that reveal the true nature of the social-economic, political & medical consequences of their rule,” he added. 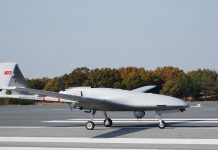 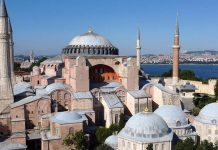 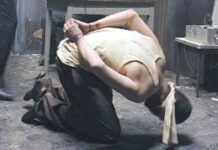