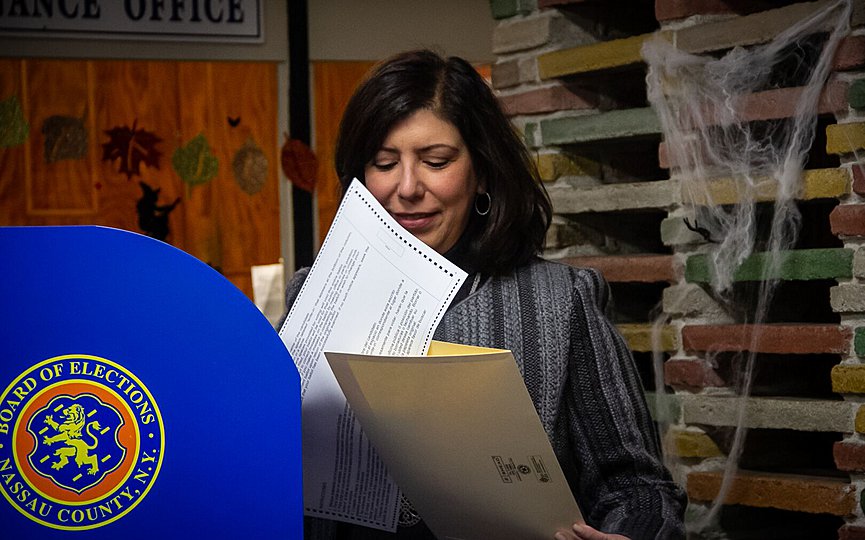 “The Greek-American community takes great pride in DA Singas’ three decades of public service, her leadership as District Attorney, and her many accomplishments,”  said Karloutsos and Dennis Mehiel in an open letter published in a full-page ad at TNH. The letter notes that “DA Singas is an experienced and talented attorney with the skill and temperament to be an excellent judge”… Yes, “father,” the Greek American community is proud of Mrs. Singas. Still, at the same time, our community does not understand what good your involvement does to her candidacy and our community.  It damages Singas’ candidacy instead of helping her.

Why? Because there is a huge conflict of interest in Karloutsos’ involvement in the election of any member of the judiciary. What is so hard to understand? GOA and Karloutsos personally are under investigation both for the well-known accounting problems, and the financial scandals surrounding Saint Nicholas at Ground Zero.  So, who do you think you are fooling, Karloutsos?  I suspect that Mrs. Singas’ team is already doing “damage control”: she certainly would not want any journalist to come out and tell the public that her main concern as an Appellate Court Judge would be to save the “behinds” of the unscrupulous actors of GOA, instead of serving “Lady Justice,” would she?…

Then, your son Mike has a huge case open and was again recently involved in the “laptop from hell” case of Hunter Biden… He and you were part of very negative comments seen on national TV: 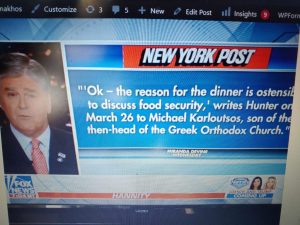 When will you actually realize that your presence is toxic and you will step aside, leaving room for someone else?

You and the feckless “archons” are trying in vain to convince the faithful that “fundraising” $90 million for a 40-ft Church is an accomplishment! Are you serious? This is the greatest disgrace in the history of our Church in America!! A Church that should have cost $15 million max is finished (when it finishes – nobody is exactly sure…) with many years of delays, costing 6 times more than it should have, WHILE HER FINANCES ARE STILL UNDER INVESTIGATION AS WE SPEAK… And you are proud?

Again, the huge conflicts of interest should have made Karloutsos avoid any interference in a matter where his presence is not appreciated.  Does he think that the Greek-American community does not realize that he is “persona non grata” now in the DC circles where he used to have influence?… He was nowhere to be seen at the Biden inauguration, and he has not much to do with DC anymore, after the explosion of the various scandals surrounding himself and Mike… Time to relax in the Hamptons. The power games are over… We understand it’s hard to swallow, but there is an end to everything…