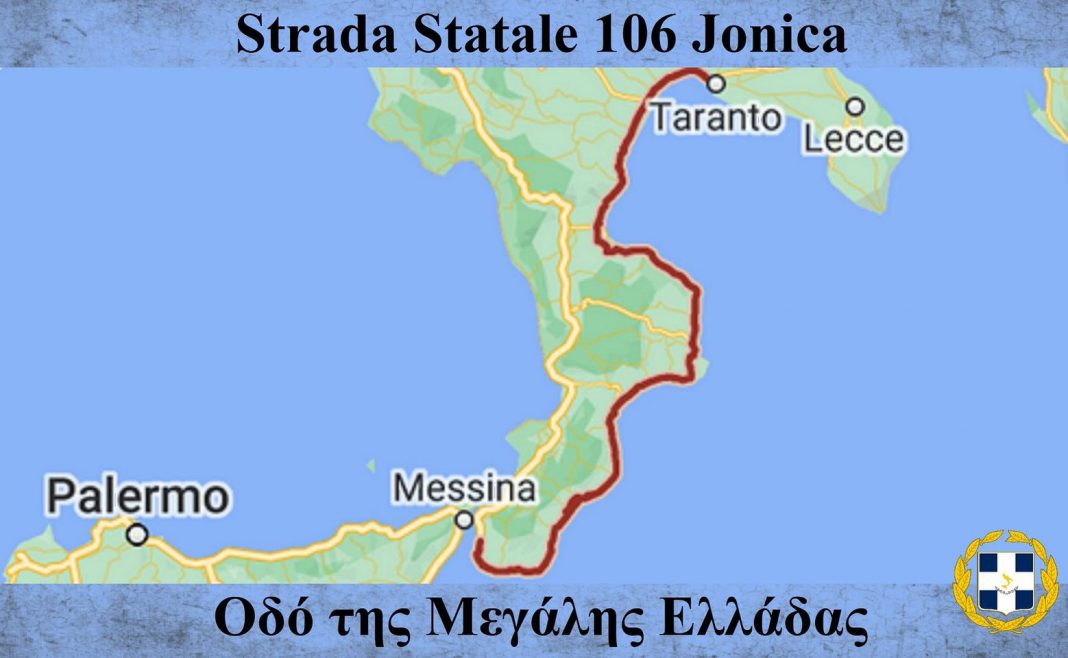 EDITOR’S NOTE (Nick Stamatakis): My close friends know my deep interest in Southern Italy from the point of view of Greek History and language. Let me just mention here that Napoli (Naples) was founded at about 900 BC by Greek colonists from Kymi (Euboea, near Athens) and that it was probably these colonists that transferred over the Greek alphabet which later became the Latin alphabet… In Sicily, one can see the remains of more ancient Greek theaters than any other place (of comparable size) in the Eastern Mediterranean!! Certainly more than Peloponnesus and even more certainly more than Attica!! And I have not even said the words Siracusa and Archimedes or tried to discuss Christianity and Byzantium in Southern Italy… Let me stop here – but I promise our readers many posts to come on Magna Grecia! Maybe we should even organize a trip!

An important development took place in Southern Italy as the mayor of Matera Province proposed renaming the Ionian Road, also known as highway SS 106, to the Road of Magna Graecia (Greater Greece).

The current road crosses the entire Ionian Arc, stretching for 491 km from Taranto to Regio, passing through the territories of Puglia, Vasilikata and Calabria, Kathimerinos Morias reported.

It is a road of national importance for Italy and is included in the European Route E90.

The idea belongs to the “Committee for the Province of Magna Graecia,” which for several years has been fighting vigorously for issues related to culture.

The Mayor of Matera, Piero Marrese, in a letter addressed the Minister of Infrastructure and Mobility and Anas (Italian National Autonomous Road Company), shared the same proposal submitted by the Municipality and the Province of Crotone.

“Our intention,” underlined Mayor Marrese, “is to emphasise the homogeneity of the historical and cultural character of the places that cross this road and with the presence of a guideline with essentially similar characteristics.”

“For these reasons, it is necessary to change the name of the road so that it is easily recognisable even in the characteristics that accompany it, which is a feature of all socio-economic initiatives, and should be considered as an added value for all relevant initiatives, as well as for the development of tourist attractions intended to take place in these areas which can thus be reconnected with their millennial identity and traditions.”