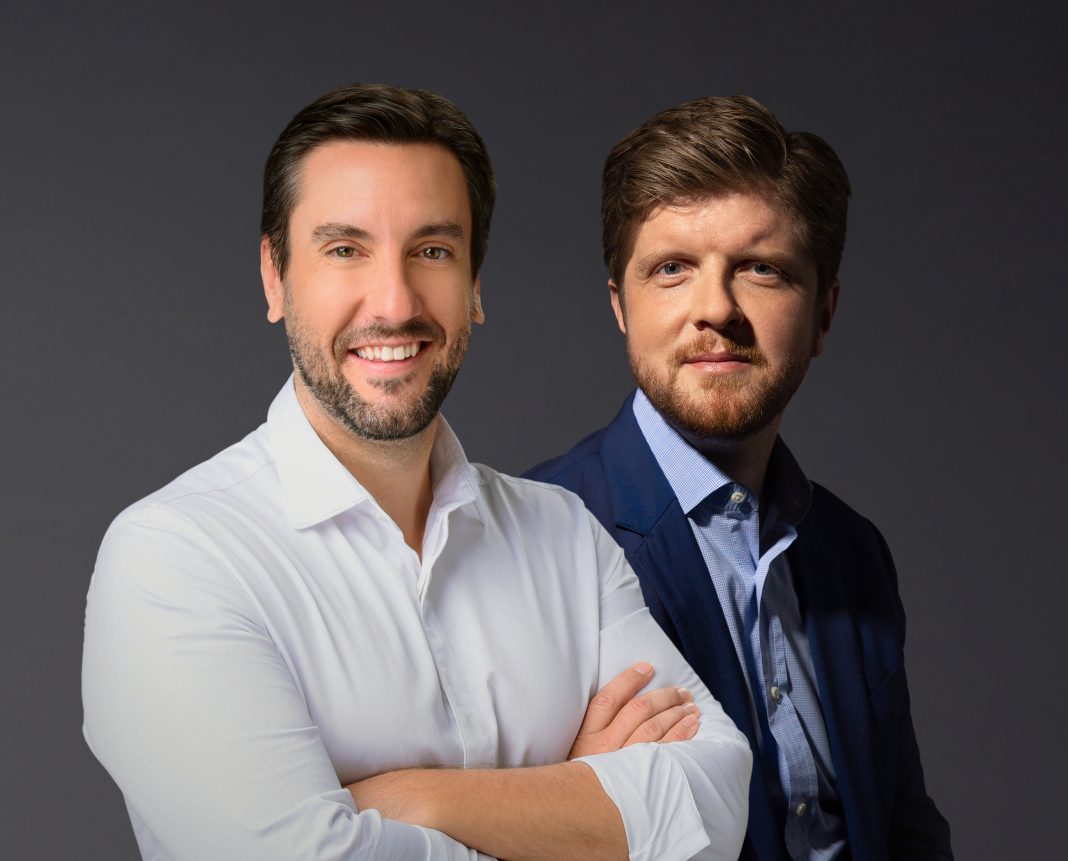 EDITOR’S NOTE (Nick Stamatakis). Here is the big news from NY POST: Conservative talk-radio icon Rush Limbaugh’s replacements have finally been announced, and are being dubbed, “an evolution of the show with fresh voices.” Clay Travis, a 42-year-old sports commentator and analyst with Fox Sports, and Buck Sexton, a 39-year-old political commentator, and former CIA officer, will come together to host “The Clay Travis & Buck Sexton Show” from noon to 3 p.m. EST on weekdays, distributor Premiere Networks confirmed Thursday. “We’re not going to replace Rush Limbaugh, we’re going to have an evolution of the show with fresh voices — those that grew up on Rush and admired him,” Premiere Networks president Julie Talbott said in a statement. News of the new program, which will begin airing June 21, was first reported by the Wall Street Journal.

We wish them to be as successful as Rush!! Even if they managed to be hals as successful it will be a tremendous bonus for this country!

Some kids my age wanted to be the next Michael Jordan or Kurt Cobain… but me? I just wanted to talk politics on the mic. And in my young imagination, there was no brighter rock star than the incomparable Rush Limbaugh.

After Watergate, the corporate media took a distinctly liberal tone in America. This Leftist-editorial slant has since metastasized and spread to our social media platforms… so much so that you’d think the likes of the New York Times or Twitter were colluding with the DNC.

But before Fox News, with a media landscape monopolized by Democrat messaging, emerged Rush… like an unstoppable fire-spewing force of nature, leaving a trail of melted PC snowflakes in his wake. His signature opening monologues were like favorite songs of mine, both severely entertaining and scathingly on-point.

He was America’s Anchorman, the pied piper for all lost conservative voices. With his indomitable presence and unforgiving truth-to-power oration, he reminded the non-coastal elites of America that their voices mattered every time they heard his on the airwaves.

In his prime (which is to say, always), Rush’s radio show pulled more than 15 million listeners, becoming the most-listened-to program in the U.S.

Rush’s place in the pantheon of First Amendment champions finds itself fully cemented. He gave the people what they needed… an alternative voice, another option beyond the pious virtue-signaling of the Left.

And that’s what I’m trying to do now…

One unassuming bunch of 80 tech stocks has slain every other comparable group — for 17 years. And one rogue analyst is naming names right here.

Overnight Success: A Decade in the Making

You may have seen the news that I will be taking over the Premiere Radio Networks slot previously held by Rush Limbaugh. Starting June 21, I will be co-hosting the Clay Travis and Buck Sexton show from 12 p.m. to 3 p.m. on hundreds of stations nationwide. It’s an enormous honor, and I couldn’t be more excited to get started.

But first, I want to tell you a story about how I managed to get to this point. I’ll never forget the first time I filled in for Rush Limbaugh on the radio – because I almost collapsed.

It all started back in 2014 with a phone call from Kit Carson, Rush’s “Chief of Staff.” He called me out of the blue, introduced himself, and asked me if I’d like to fill in for the biggest talk radio show host in America. Honestly, I thought it was a practical joke at first.

I was 32 years old and had been doing Internet radio for just over a year. Needless to say, it was hard to believe that Rush’s team was really going to give me three hours behind the golden EIB microphone to speak to millions of people across America. But they were totally serious.

Of course, I had to accept. My media career started in 2011 at TheBlaze.com as an assistant editor. Within three years of publishing my first blog post, I was hosting a rapidly growing radio stream and podcast. This was only possible because I took every opportunity and ran with it.

In my mind, this Rush fill-in was going to be no different from any other show – just a far bigger audience, and much higher stakes. So OK, maybe it was really different…

My debut as a Limbaugh guest host was set for a Friday. I had just gotten over a cold that week, but some symptoms were lingering. A few days before I was supposed to be in front of the mic, my throat had a weird tickle in it. Then, late that Wednesday night, I realized that I had full-on laryngitis. It was almost impossible to speak… I could only push out words with difficulty, in a forced whisper-yell tone. Pretty much the worst nightmare for any radio host.

It was Thursday night before the big show, and I had no voice. I must have drunk 10 gallons of hot tea, the juice of dozen lemons, and sucked down a pound of throat lozenges. But it didn’t do a thing… I was a radio host who couldn’t even pick up the phone and order a pizza.

My mother, God bless her, started crisis strategizing with me. There had to be a way to get my voice back. We read everything we could online, scrolling through homeopathic remedies and frantically looking through listings of ENT doctors.

Finally, we found an MD who specialized in treating vocal performers – pop stars and opera singers – and begged her for an appointment. Turned out that Friday morning she was supposed to go out to the Hamptons for the weekend, but we convinced her to open her practice for just one patient.

The doctor took one look at my swollen, agitated throat and said there was absolutely no way I could do a three-hour radio show… I couldn’t even talk for five minutes. I risked doing serious damage to my vocal cords if I tried to push through it, and it would have sounded horrible.

The only option was a cortisone shot, which would bring down the swelling in my throat just enough for me to sound normal. But it would only last around three to four hours from when the shot was given… So the timing was everything.

Luckily, it was 11 a.m. In what seemed like a miracle, the cortisone shot would work just long enough to get me through the show. The doctor injected me, then I ran over to the Rush radio studio in midtown Manhattan right next to Radio City Music Hall, and prayed (literally) that my voice would hold up until the show ended at 3 p.m.

I can’t say it was a strong show, even at that stage in my career. My voice was shaky the whole time, and my nerves were so frayed, I’m probably lucky I didn’t have an aneurysm. But I made it through, and the audience’s response was strong enough that I got invited back for many more guest hostings on the EIB in the years ahead. It changed my career.

And here we are, seven years later. Starting in late June, I will be entrusted with informing and entertaining the biggest talk radio audience in the country. My co-host Clay Travis and I recognize this as a huge opportunity… and an enormous responsibility. We plan to make Rush’s audience proud.

In the meantime, it took me a decade of grinding it out on the radio, three hours at a time, sometimes up to five hours of solo-hosted radio a day, to get to this point. I missed countless parties and dinners, probably sacrificed a few romantic relationships, and even had to take steroids that one time on the EIB.

What may seem like a rapid ascent to some has felt like a long, hard-fought 10 years of ice-skating uphill to me.

But it’s all worth it… It seems America’s conservative voice has been fading in recent years… which is why platforms like American Consequences and this new radio show are so important… to carry on this country’s liberating freedom of speech.

Love us? Hate us? Let us know how we’re doing at feedback@americanconsequences.com.