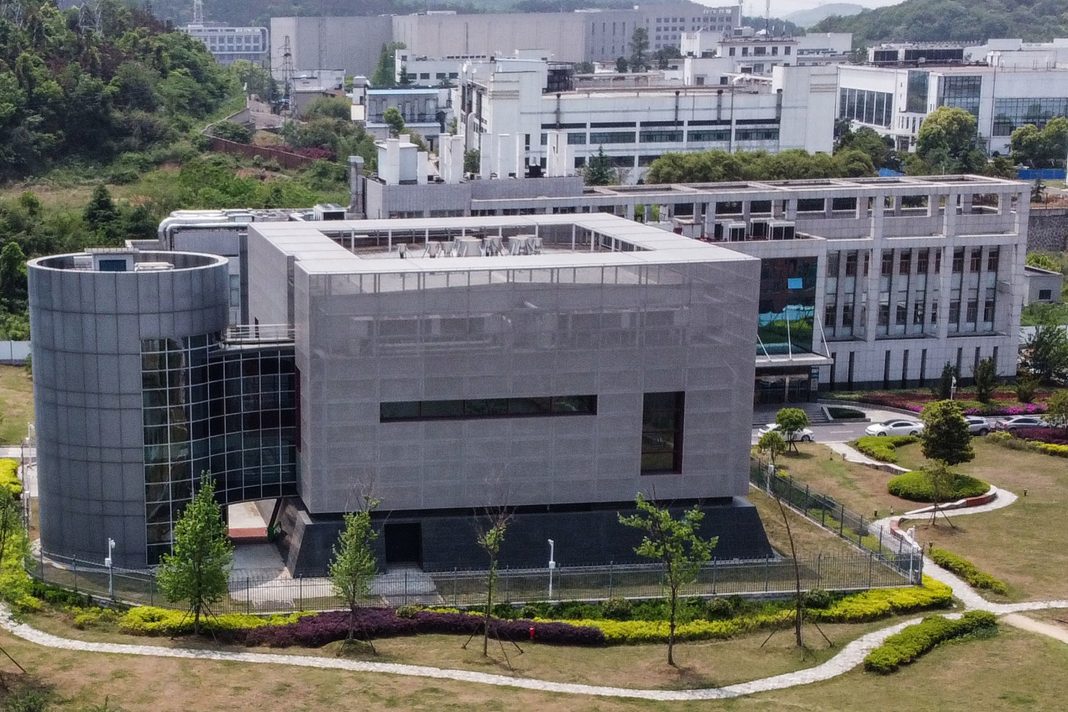 By: Clarice Feldman
American Thinker
June 6, 2021
(emphasis added)
This week much has been made of the thousands of emails to and from Dr. Anthony Fauci. These were obtained as a result of Freedom of Information Act requests. In my view, it’s not only that the emails prove what we all knew — Dr. Fauci is a phony — it’s the enormous national security failure and coverup that should concern us.
The Fauci Emails
There’s a caveat from Dr. Jeffrey Satinover on the emails:
1. Almost ALL of the emails are from others to Fauci with his reply. There are very few if any (I will have to review) initiated by him. It is very unlikely this represents his full correspondence using his official NIH address.
2. The rough per-day number of emails in Jan and Feb, then May, greatly exceeds March and April.
3. A very large proportion of text with what looks to me likely to be scientific detail, in others’ comments to Fauci, has been blocked.
4. The largest proportion consists of requests to Fauci to speak either at scientific conferences or on major media television programs. Strikingly:
(a) Fauci refuses almost every invite in a medical or scientific setting
(b) Fauci accepts almost every invite to go on TV 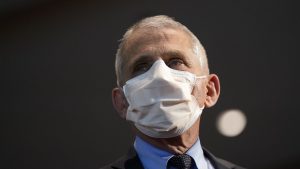 5. The most striking feature by far, so far, is this: Fauci’s responses are utterly devoid of either scientific curiosity or depth. He shows no evidence in these pages at least, of anything but the most superficial familiarity with viral illnesses. Whenever someone proposes a helpful idea, he hands it off to a deputy to respond. He is temperate to the point of vacuity.
As good an analysis of what we do see in the emails as any comes from the Washington Free Beacon, which shows that he went from flippancy about the virus to hair on fire alarmist in a short period of time.
His public statements about the danger often contradicted his private statements; he downplayed the efficacy of a vaccine, and then when there was a dramatic decrease in infections after widespread vaccinations, he emphasized we must all stay vigilant.
I don’t see how anyone could have paid attention to his public statements, rapid contradictions, unseemly mugging at pressers with then-President Trump, not to have seen this man for what he was — shallow, over his head, and extremely political.
His alarmism, downplaying of the likelihood and efficacy of a vaccine and of remedial therapies like HCQ and Ivermectin, which proved very effective, cost him any credibility in my eyes long ago. Not to speak of his weird decision that social distancing was not required in such things as sexual hookups you arrange online with strangers or anti-Trump political rallies. Before the emails were public, we saw him falsely deny his role in funding gain of function research in Wuhan. If after all this, you thought he was “following the science” or a credible arbiter of public health measures, you were foolish. 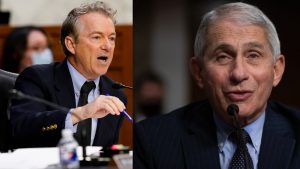 The Political Effects of the Panicdema
The consequences of the panicdema certainly were to the advantage of the left, as Sundance of Conservative Treehouse notes:
The stalling of a fantastic economy that was benefiting every American voter.
• Deployment of mail-in ballots that can be used and manipulated to achieve fraudulent results.
• Controls over presidential debates to avoid a weak candidate being exposed or confronted.
• The deployed ‘excuse‘ for a very visible lack of voter enthusiasm for the puppet (Biden).
In short, without COVID as a tool, the manipulated election outcome is more difficult. The ‘never let a crisis go to waste‘ strategy includes the necessary precursor of a crisis. Everything downstream was manipulated by political opportunity. All roads lead to “stop Trump.”
No Longer Can the State Cover Up for China
So, you might expect skepticism on the right developed after a few months of watching him and the CDC in action.
But more significant to my mind was an eye-opening bit of information first appearing in tweets from Adam Housley. “China is trying to produce variants that suggest it came from bats to cover up that coronavirus originally came from a lab.” He later clarified: “US intelligence has a Chinese defector with Wuhan info. AND China is trying to produce variants that suggest it came from bats to cover up that coronavirus originally came from a lab.”
Jennifer Van Laar of Red State followed up with more information about the defector:
The connection to the Wuhan lab was suspected by many scientists for a long time, and information about it was skillfully buried by persons in the Department of State and intelligence agencies, as Vanity Fair reported. Former Secretary of State Mike Pompeo confirmed that probes into this were blocked by these same bureaucrats.
(Incidentally, Michael Walsh reports that the Vanity Fair article had to have been prepared three months before publication, which suggests Adam Housley was not the only one who knew what DIA was doing and what was about to hit the fan.)
Sheryl Attkisson, with documentary proof provided, asserts in three sections for which I list the headers below, that the U.S. and Dr. Fauci provided far more financial support for the Wuhan lab’s gain of function work than has been admitted.
1. U.S. Taxpayer Money Did Go to Controversial ‘Gain of Function’ Research.
2. The Gain of Function Research with China Did Not Only Receive U.S. Support and Money Through the Nonprofit ‘EcoHealth Alliance,’ but Also Directly.
Many media reports refer to several millions of dollars in tax money sent from the NIH to the Wuhan lab via the New York-based nonprofit “EcoHealth Alliance.” However, research with the lab, and the lab itself, received significant additional U.S. support including:
3. The Chinese Wuhan Lab Received Direct U.S. Support, in Addition to the Indirect Grants from EcoHealth Alliance.
State Department cables from January 2018 detail assistance from the University of Texas Medical Branch, including university “researchers… helping train technicians who work” in the Wuhan Institute of Virology lab. The Texas lab is supported by Dr. Fauci’s National Institute of Allergy and Infectious Diseases under NIH.
Like Paula Boyard, I think the information about the defector and the connection to Chinese bioweapons is “very bad.”
Many people question the 2020 election results as to which, for the first time, serious audits are underway and more promised. Anyone with functioning brain cells has lost faith in our public health apparat.
It looks as if — as so often has been the case — our intelligence services have failed us, and, in fact, may be seriously infested with enemy spies or sources.
And, the White House is helmed by a man with dementia unlikely to effectively respond to these challenges.
It looks like some scary times ahead.