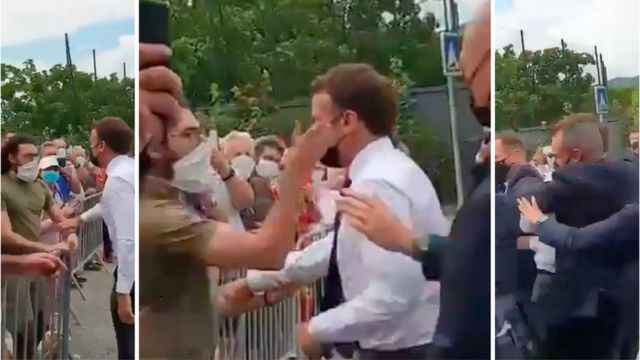 EDITOR’S NOTE (Nick Stamatakis):  Democracy has failed in France and elsewhere – including the United States.  When leaders are puppets of “hidden powers”, military or financial or otherwise, then the people are frustrated and revert to acts like the one seen here.  Macron did never hide his close relationship, a relationship of complete dependence, with the Rothschild family of France, who control banking systems worldwide. They financed him and they supported him in many ways. He does not represent the French people in any sense. 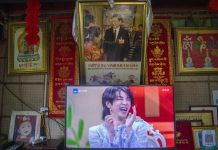 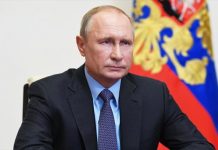