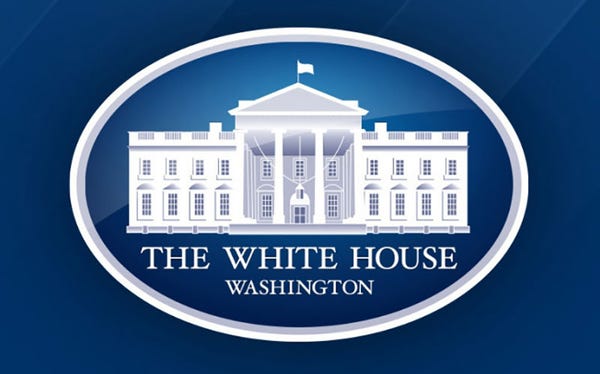 AN EXPLOSIVE EXECUTIVE ORDER BY BIDEN: THOSE OPPOSED TO THE PRESPES AGREEMENT WILL BE PUNISHED!

In an unexpected Executive Order, President Joe Biden, obeying the orders of the “deep state” that helped him rise to power, announced heavy punishments for those who carry out “destabilizing” actions in the Western Balkans, an area that includes Albania. and the former Yugoslavia and refers to older international agreements (Dayton) but for the first time includes the Prespes agreement!!

The Presidential Decree is entitled “Executive Order on Blocking Property and Suspend Entry into the United States of America” Balkans – here is the link to the official website of the White House). It is noteworthy that this presidential decree was issued on June 8, two days ago, and NONE of the various Greek correspondents in Washington and New York were found to publish it. Are they really journalists? Who is their master and what interests do they serve? Especially those who get paid by official Greek state and unofficial private channels have no trace of shame to hide these important news?

So who is being punished by Biden’s Presidential Decree? As you will see below in the first part of the Decree (iii), anyone who has been directly or indirectly involved in a breach or act that has obstructed or threatened the implementation of any regional security, peace, cooperation or agreement or mutual recognition framework or accountability mechanism related to the Western Balkans, including the 2018 Prespa Accords, the 2001 Ohrid Framework Agreement, United Nations Security Council Resolution 1244, the Dayton Accords, or the conclusions of the London Peace Implementation Conference December 1995, including decisions or conclusions of the High Representative, the Peace Implementation Council or its Governing Council, or the International Criminal Tribunal for the former Yugoslavia, or, in the case of the former Yugoslavia, the International Non-Governmental Criminal courts…”

The specific inclusion of the Prespa Agreement in the above decree is explained by some analysts as a result of the influence of two career diplomats of the State Department, Philip Reeker and Matthew Palmer, who were “rewarded” on their way out of service. This is evident from the name of the agreement in the text as “Prespa Agreement”, which is the name used in Skopje, instead of the “Prespes Agreement” used in Greece. We note here that Philip Reeker was the US Ambassador to Skopje and was the inspirer of the Prespa Agreement.

It is also clear that this act of the American president contains a number of unconstitutional references, as from a quick reading of it, it seems that it includes and turns against American citizens from whom it deprives the right of free expression, among other rights. We are no longer talking about democracy because this is an extreme action of authoritarian power bordering fascism. How can America then accuse Putin, Erdogan and other authoritarian leaders when it takes such fascist measures against those who oppose the plans of its circles of power?

Also, America is not a guarantor country of the Prespes Agreement and therefore its intervention in this crude and brutal way in the interior matters of other countries, and in fact of those who signed it, is UNACCEPTABLE.

It is obvious that the whole effort is made for reasons of intimidation of those who, mainly inside Greece and Bulgaria – but also in Skopje and elsewhere – oppose this atrocity of a treaty called the “Prespes Agreement”. This is also evident from the fact that the wording and terms of the text are not at all specific and can be interpreted more than once. In fact, it may have been done on a request of the well-known “employee” of the State Department, Prime Minister of Greece Kyriakos Mitsotakis to his “superiors” to deal with his main opponents withinn the New Democracy party – which request was gladly accepted. Let us not forget that the current Prime Minister continues the family tradition of his father who with that subversive letter to President Clinton in early 1993 – which was endorsed by several Greek-Americans so-called “leaders” (they will live in shame forever!!), the name of our Macedonia was “sold out”, at a time when our victory was guaranteed by an explicit pre-election statement of President Clinton three months earlier.

After all, the timing of the decree, when in a few days the pending agreements concerning Skopje and their entry into NATO will be voted in Parliament, shows what the goal is. We expect to see the reactions mainly from the former President of Greece Mr. Pavlopoulos who is also a professor of International Law and the current president Ms. Sakellaropoulou, also a lawyer. What will the Karamanlis wing of the ND party, which is also the majority of this party, do? If he does not react, it will be like handing over the great patriotic front to Kyriakos Mitsotakis. This would be tantamount to betrayal – and it would lead to the loss of their credibility and that its parliamentary seats in Northern Greece … Is this the final plan of the Mitsotakis family and the American “deep state” circles? Do they plan to throw aside the patriotic right and hand over the party to Kyriakos? Who, if he does not manage to win the elections, can even form an allied government with Tsipras? Only a decade passed from the assassination attempt against Karamanlis by people employed by the American embassy … WE HAVE ON THING TO SAY TO THEM: THERE IS ANOTHER WAY TO HAVE ALL GREEKS ON THE AMERICAN SIDE AND THIS IS TO GUARANTEE THE GREEK BORDERS AND GREEK SOVEREIGN RIGHTS TOWARDS TURKEY . UNTIL THEY DO NOT, WHILE AT THE SAME TIME THEY ARE GUARANTEEING THE EEZ OF TAIWAN AND THE PHILIPPINES AGAINST CHINA, THE GREEKS AND THE GREEK-AMERICANS WILL CONSIDER THEM HYPOCRITES.

As for the Pan-Macedonian Federation of the US, what can I say? Its leaders have always been of very limited capabilities, but in recent years have become “non-existent”. They are sailing in a sea of ​​incompetence … They are leading an organization that for a whole decade has not filed tax returns, it is not certain if they have a bank account, while at the same time conducting fundraisers (illegality to the extreme…) Shall we go further? Their website suddenly crashed 14 days after the signing of the Prespes Agreement and has not functioned since – they even lost the right to the domain name … And worst of all 7 years ago, during the presidency of Dimitris Hatzis, they also lost the trademark for name Macedonia. The word “unacceptable” expresses nothing of the incompetence of the Dim. Filippidis, Dim Hatzis and Stelios Kyrimlis. They did everything possible to eradicate this historical organization that was founded in 1946… SHAME ON THEM … So, now that they are needed, the organization is non-existent …

Finally, from the point of view of international politics, this move is aimed at stabilizing the US gains of influence in the Balkans, in view of the Putin-Biden meeting in a few days where initial arrangements will be made about the situation in Ukraine.We will return to this analysis soon…

I, JOSEPH R. BIDEN JR., President of the United States of America, hereby expand the scope of the national emergency declared in Executive Order 13219 of June 26, 2001 (Blocking Property of Persons Who Threaten International Stabilization Efforts in the Western Balkans), as amended by Executive Order 13304 of May 28, 2003 (Termination of Emergencies With Respect to Yugoslavia and Modification of Executive Order 13219 of June 26, 2001), finding that the situation in the territory of the former Socialist Federal Republic of Yugoslavia and the Republic of Albania (the Western Balkans), over the past two decades, including the undermining of post-war agreements and institutions following the breakup of the former Socialist Federal Republic of Yugoslavia, as well as widespread corruption within various governments and institutions in the Western Balkans, stymies progress toward effective and democratic governance and full integration into transatlantic institutions, and thereby constitutes an unusual and extraordinary threat to the national security and foreign policy of the United States.

Sec. 3.  I hereby determine that the making of donations of the types of articles specified in section 203(b)(2) of IEEPA (50 U.S.C. 1702(b)(2)) by, to, or for the benefit of any person whose property and interests in property are blocked pursuant to section 1(a) of this order would seriously impair my ability to deal with the national emergency declared in Executive Order 13219, as amended by Executive Order 13304, and as expanded in this order, and I hereby prohibit such donations as provided by section 1 of this order.

Sec. 7.  For those persons whose property and interests in property are blocked pursuant to this order who might have a constitutional presence in the United States, I find that because of the ability to transfer funds or other assets instantaneously, prior notice to such persons of measures to be taken pursuant to this order would render those measures ineffectual.  I therefore determine that for these measures to be effective in addressing the national emergency declared in Executive Order 13219, as amended by Executive Order 13304, and as expanded by this order, there need be no prior notice of a listing or determination made pursuant to this order.

Sec. 9.  Nothing in this order shall prohibit transactions for the conduct of the official business of the Federal Government by employees, grantees, or contractors thereof.

Sec. 10.  (a)  Nothing in this order shall be construed to impair or otherwise affect:
(i)   the authority granted by law to an executive department or agency, or the head thereof; or
(ii)  the functions of the Director of the Office of Management and Budget relating to budgetary, administrative, or legislative proposals.
(b) This order shall be implemented consistent with applicable law and subject to the availability of appropriations.
(c)  This order is not intended to, and does not, create any right or benefit, substantive or procedural, enforceable at law or in equity by any party against the United States, its departments, agencies, or entities, its officers, employees, or agents, or any other person.