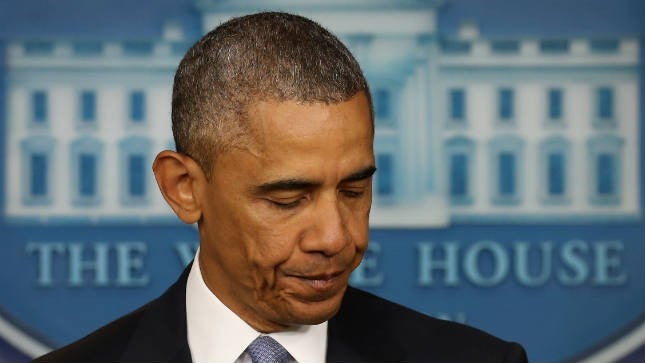 EDITOR’S NOTE (Nick Stamatakis): He was always a mediocre student who at some point even got into trouble with drugs… Yet he was admitted at Columbia and graduated without any distinction and honors… Yet, again he was admitted to Harvard Law School where he was a below-average student, only to be rewarded by the position of director of Haravrd Law Journal… All of that thanks to Affirmative Action, which he consciously exploited to the fullest… And now he defends Critical Race Theory…
==============================================
How Obama Scammed the Affirmative Action System
…And Why He Is So Defensive
of Critical Race Theory
By Jack Cashill
American Thinker
June 9, 2021
In an interview with Anderson Cooper that aired Monday on CNN, Barack Obama showed once again how well he has mastered the art of sanctimony.
“You would think with all the public policy debates that are taking place right now that the Republican Party would be engaged in a significant debate about how are we going to deal with the economy and what are we going to do about climate change?” Obama said to Cooper.
He added, “Lo and behold, the single most important issue to them apparently right now is Critical Race Theory. Who knew that that was the threat to our republic?”
In researching my forthcoming book, Barack Obama’s Promised Land: Deplorables Need Not Apply, I found myself continually amazed at the price America has had to pay for Obama’s spectacular failure to know who he is and to acknowledge how he got where he got.
I had a new insight into Obama’s self-delusion from reading a 1995 article in his neighborhood newspaper, The Hyde Park Herald, unearthed by Los Angeles filmmaker Joel Gilbert.
Interviewed soon after the release of his 1995 memoir, Dreams from My Father, Obama tries to explain how he ended up becoming “black.”
He attributed his revelation, wrote reporter Monice Mitchell, “to an eye opening experience with affirmative action [AA] while attending Punahou Academy, a prestigious prep school in Honolulu.”
“He had no choice about his racial identity,” wrote Mitchell. “To be half-white was to be black all the way.”  Without being too specific, Obama acknowledged that even fifty years ago, being “black” paid dividends.
Having accepted his blackness, Obama led Mitchell to believe that “he started hanging out with a group of similarly young angry black men and dabbled with drugs and trouble.”  This claim would have amused his best friend from high school, Keith Kakugawa, or “Ray” as Obama called him in Dreams from My Father.  No one had a better perspective on Obama’s racial shape-shifting than Kakugawa.
The friendship, Obama writes in Dreams, was “due in no small part to the fact that together we made up almost half of Punahou’s black high school population.”  Obama is famously half-black*.  Kakugawa is one-eighth black.  The pair did not exactly make prime recruiting material for the Crips’ Hawaiian franchise.
Speaking of Crips, says Kakugawa about Obama in his own self-published book, “He was cripplingly self-conscious about [race].”  Obama was not too self-conscious to play the AA card when it came to getting ahead.  Although admittedly an indifferent student, he found himself after high school at Occidental, one of the priciest colleges on the West Coast.
“You know, it just so happens my first car was a ’76 Fiat,” Obama reports telling his colleagues in his newest memoir, A Promised Land.  “Bought it used, my freshman year of college.  Red, five-speed stick.”  It wasn’t that used.  Obama started college in 1979.  As the purchase suggests, Obama lived a privileged life.  I cannot imagine too many other black eighteen-year-olds in L.A. buying Fiats, even used ones.
After a middling two years at Occidental, Obama rode his AA card to the Ivy League — Columbia, to be precise.  He graduated in 1983 but without honors.  That did not stop Obama from dreaming big.  He tells the reader in Dreams that he settled on three possibilities: “Harvard, Yale, Stanford.”  Obama was not deluding himself.   Harvard, he knew, was keener on his DNA than his GPA, let alone his LSAT.
In a rare honest moment at Harvard, he shared the secret that his followers refuse to acknowledge.  Yes, as he explained in a letter to the Harvard Law Record, he was “someone who has undoubtedly benefited from affirmative action programs during my academic career, and as someone who may have benefited from the Law Review’s affirmative action policy.”  May have?
For fifty years Obama and people like him have been scamming the system.  Critical Race Theory is a codification of that scam.  To justify the unearned benefits that come with being black or half-black, the “theorists” have to pretend that the continuing risks of being black justify the rewards.
This results in an increased demand for evidence of racism amid a dwindling supply.  In the absence of real racism, the theorists have had to imagine it or to re-create it à la Jussie Smollett and a thousand other hoaxers across the fruited plain.
With mandatory CRT imposed in schools and other institutions, the CRT “trainers” are able to demand that whites imagine a racist America along with them.  Those who refuse this nonsense, who refuse to live their lives in the requisite shame and guilt, further justify CRT by their seeming embrace of white supremacy, the new and even more ludicrous label now applied even to unyielding African-Americans.
Sorry, Barry, but CRT is a threat to our Republic.  Anderson Cooper may believe your blather about “right-wing media venues” monetizing and capitalizing “on stoking the fear and resentment of a white population that is witnessing a changing America.”  But it is all on you.
In 2008, even Republicans hoped Obama would succeed at pulling the races together.  He had a unique historic opportunity.  But instead, to justify his failures in office, he and Michelle encouraged their followers to read “race” into every slight, every disparity, every grievance.
Deception was Obama’s strategy.  Division is his legacy, and CRT is his tool for widening the divide.  He should own it!