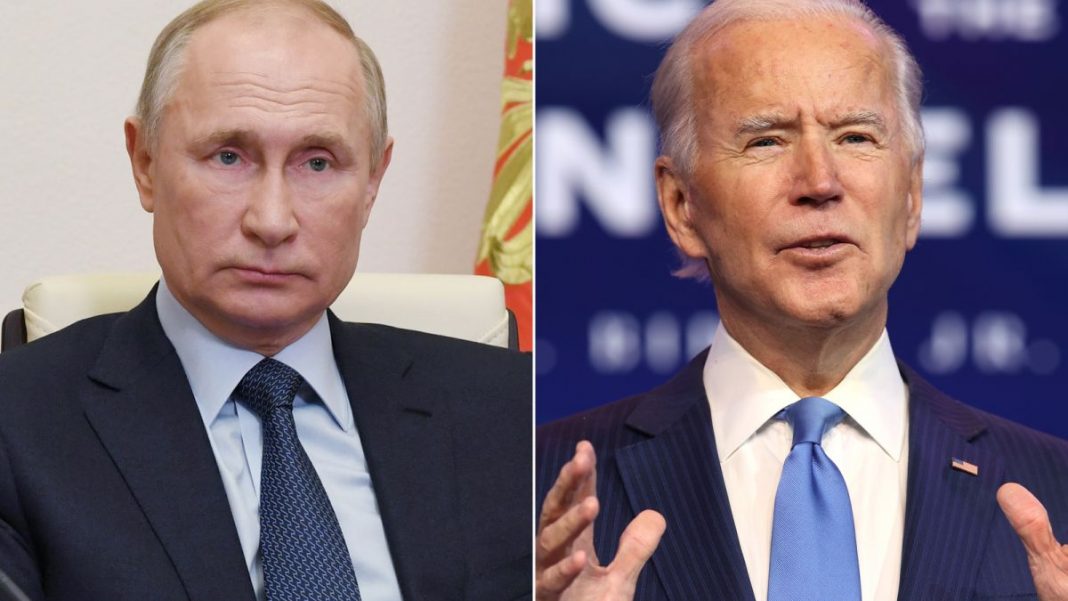 This author has explained repeatedly in broad strokes the geopolitical game being played between US and Russia since the end of the Cold War.  In a few words, the two poles of the greedy establishment in the US (the industrial-military complex in DC and the financiers of Wall Street) thought that, as the winners of the Cold War, had the right to grab all the riches of Russia (and truly this is the last treasure trove on Earth – just a look at the map will convince you) practically for free. And for ten years they did, as western multiethnic corporations were signing an exploitative deal after another and mining anything Russia had to offer, paying next to nothing (except bribes to formerly communist officials…) Until the year 2000 when Vladimir Putin came to power and everything changed.

Rex Tillerson (EXXONMOBIL CEO a few years before becoming Secretary of State) was among the first to see what had changed. He went to Russia, met Putin, and made a deal, not unlike any other deals his company has made elsewhere, in other countries around the globe – paying a standard percentage to the Russian state.  Putin awarded Tillerson the highest medal of honor Russia had to offer. EXXONMOBIL installed a huge, literally huge, oil and gas rig in the Arctic but before drilling could start the “greedy establishment” stopped everything in its tracks, imposing embargo… The platform was eventually taken back. For a while, the Russians thought they could “steal” it and believed that they could operate it themselves but soon they realized they lacked both the capital and the technology…

The above gives you the long-term picture on the goals of the American establishment: They want to grab Russia’s mineral riches for free (or close) and in the meantime, they want to dominate the huge expanse of land occupied now by the Russian Federation.  Great idea… If it could be achieved they could control the whole planet…  Except there is a small problem: Putin.  A leader of rare ability and stature.  Authoritarian? Yes. But when was the last time Russia had a constitutional democracy? How about NEVER?

But a great leader he is, authoritarian or not. He used Orthodoxy (instead of vodka) to morally support his people, he built his armed forces emphasizing technology and he exploited oil and natural gas – among many other practical measures to advance his country.  Twenty years later he can stand opposed to any US President as equal if not superior. Why?

Most of the answers are – completely documented – in the blog you can read below (SOURCE: RUSSIAOBSERVER – PATRICK ARMSTRONG) which I wholeheartedly recommend. But here are the facts before the Putin-Biden meeting:

But they will not… The photo below (from TNH) shows all the decadence of the Constantinople Patriarchate today, the name day of Pat. Bartholomew.  Thank God they did not put any birthday candles on his “name day cake”!… Have you ever seen ANY Orthodox hierarch celebrate his name day in such a secular, self-centered, and arrogant way? A bunch of corrupt actors took part in the celebration, including Met. Emmanuel of Chalcedon (formerly of France – sitting on the left) is in charge of Ukraine – but his only concern is how much money he will get from there every time he visits… The “Titanic” heads towards the iceberg with the orchestra playing… When the boat sinks please do not get any ideas to transfer its seat to DC… 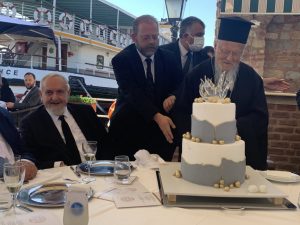 PUTIN-BIDEN. I can’t think why Putin wants to waste his time unless it’s to assess Biden’s mental capacity – imagine this guy going up against someone who can hold four-hour press conferences without dropping a thought. Doctorow has a theory that makes sense for both sides: “the summit has one driver behind it, namely to put a cap on an arms race that the United States is losing” but he wonders if the Americans do actually get it. I half expect Washington to cancel it on some pretext and there are plenty of indications – see below – that Biden will try and talk tough.

QUOTE OF THE “NEW AMERICAN CENTURY”. “Biden has told his aides he believes Putin responds to signs of strength, something he feels is better conveyed in person rather than over the phone.“

WESTERN VALUES™. Good start to Biden lecturing Putin on interfering, isn’t it? And after Obama promised her too.

COVID AND RUSSIA. Essentially over. Meanwhile, in a 1984 moment, in the West, the crackpot lunatic fringe conspiracy of yesterday has suddenly became today’s rational conventional thinking.

USD. The Finance Minister says that the National Wealth Fund will get rid of its USD holdings “quite quickly”: afterwards EUR 40%, RMB 30%, GBP 5%, JPY 5% and Gold 20%. “Gradually, the dollar is becoming toxic.” Convenient once, when a weapon not convenient. Another unintended consequence of PNAC arrogance.

AMAZON AND RUSSIA. Interesting piece on why Amazon hasn’t cracked the Russian market. Short answer: Russia has its own. In fact, Russia is rather independent of the mostly-US-based social media empires. Yandex, VK and Telegram are home-grown, strong there and spreading (In my experience VK, because it doesn’t censor, is gaining on Facebook). Ozon, Lamoda and Wildberries handle e-commerce.

WESTERN FRONT. Minister of Defence Shoygu has announced further build-up of forces in the west. No details yet. As Kennan foresaw: the fruits of NATO expansion. The NATO GenSek wants to talk.

TOLD YOU (2121) (2020) (2015) (2014). The US military is finally noticing its shortcomings in the event of a war with a real opponent. To wit: hypersonic weapons, electronic warfare, defence against anti-ship missiles, air defence. Too late I think: can the US MIC make anything these days other than cost over-runs? Vide F-35, littoral ships, Zumwalt, railgun.

GOOD QUESTION. If we’re declining so rapidly, what’s all the fuss about?

THE DEATH OF IRONY. “Russians will never be free unless the West takes decisive action” this from the guy videoed trying to sell Russia.

LIVING THE DREAM. Latest survey of EU inmates shows rather tepid enthusiasm for the project. I mention this because we’re always hearing dread things about Russia and we’re never given any context. The percentage of Russians who think Russia’s heading in the right direction has never, in a decade, been as low as the EU percentage is now. Or today’s US number. Think about that the next time you read some rubbish about how unhappy Russians are.

IFOs. Well, probably not aliens but they could be from Russia or China. Could be, might be, may be; but one thing’s for sure: US Space Command is dangerously short of money.

PROTASEVICH, RYANAIR AND MINSK. The now-established Western narrative is almost entirely false. He’s singing: he believes he was shopped by one of his “friends”.

THOSE PESKY RUSSIANS got Brit soldiers drunk and kicked off a train in Estonia. But, see below.

COLONIAL PIPELINE. But weren’t the supposed Russian hackers supposed to be incredibly clever? And yet they were incredibly stupid? Somebody’s stupid here, but I don’t think it’s anybody Russian.

UKRAINE-USA. Zelensky learns that the only thing worse than being Washington’s enemy is being its “strategic partner”: “I truly thought that when it came to Nord Stream 2, the United States remained the last standing outpost, so to say…we were very unpleasantly surprised.” And they didn’t even bother to call him first: “I learned about it through the press.” And, no the NATO carrot is still dangling way out there. You were useful for a while, that’s all; now you’re just a cost. Meanwhile: “donors were all young people from Ukraine and Moldova“. Country 404.