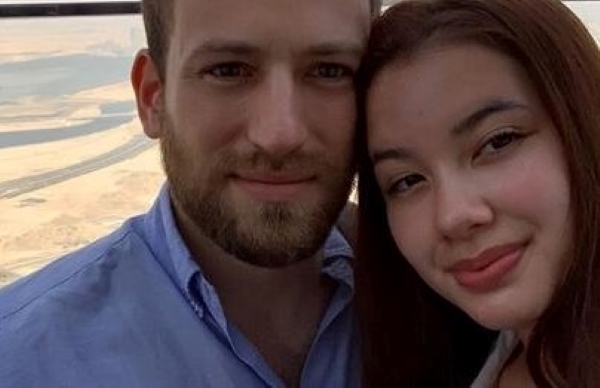 For over a month, Babis Anagnostopoulos has insisted a group of thieves tortured and murdered his wife in front of their 11-month-old daughter.

The 32-year-old Greek pilot said the grisly May 11 slaying of 20-year-old Caroline Crouch occurred after three intruders broke into their home near Athens and tied him up. Before they left with £10,000 in cash, the thieves held a gun to his daughter’s head before strangling Crouch, Anagnostopoulos claimed, according to local media reports.

“Together forever. Have a nice trip, my love,” Anagnostopoulos wrote in Greek on Instagram on May 16, alongside a photo of the couple on their wedding day.

But in a sensational twist, the Hellenic Police said on Thursday said Anagnostopoulos had confessed to murdering his British wife while he was being questioned about inconsistencies in his story. 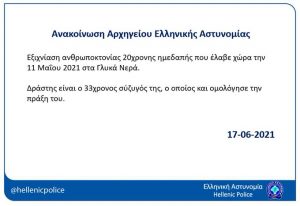 The confession and arrest came just hours after a memorial service was held on the island of Alonnisos for Crouch. Once the service was over, Anagnostopoulos was brought into the Attica police headquarters for additional questioning, police spokesperson Apostolos Skrekas said. His statements had begun to unravel as evidence was uncovered.

Authorities, however, had been suspicious of Anagnostopoulos’ tale since May. Evidence at the crime scene did not yield any fingerprints or DNA to support a robbery had occurred.

Suspicions only worsened after authorities found that the data from Crouch’s watch reported the exact moment her heart stopped beating—which was later than the timeline Anagnostopoulos had provided. Local news reports state that police also found that security cameras from the house were missing memory cards, erasing critical moments in the alleged crime.

Police also found that Anagnostopoulos had “suspicious” activity on his cellphone at the exact time of the murder—despite his claim he was tied up and immobile.

Earlier this month, police asked the public for “patience” after admitting they still had not found a gateway car or any suspects in the alleged crime, the New York Post reported.

“There is new evidence which requires explanations. The investigation’s facts cannot be held up. For this reason, a homicide division group went to Alonnisos today,” Skrekas said on Thursday, just before police announced Anagnostopoulos’ alleged confession.